Interesting Photo of the Day: Palouse Falls vs. Milky Way

Seattle based photographer Will Christiansen has spent over a decade fine tuning his craft. During one trip to Palouse Falls he managed to capture this astonishing photograph: 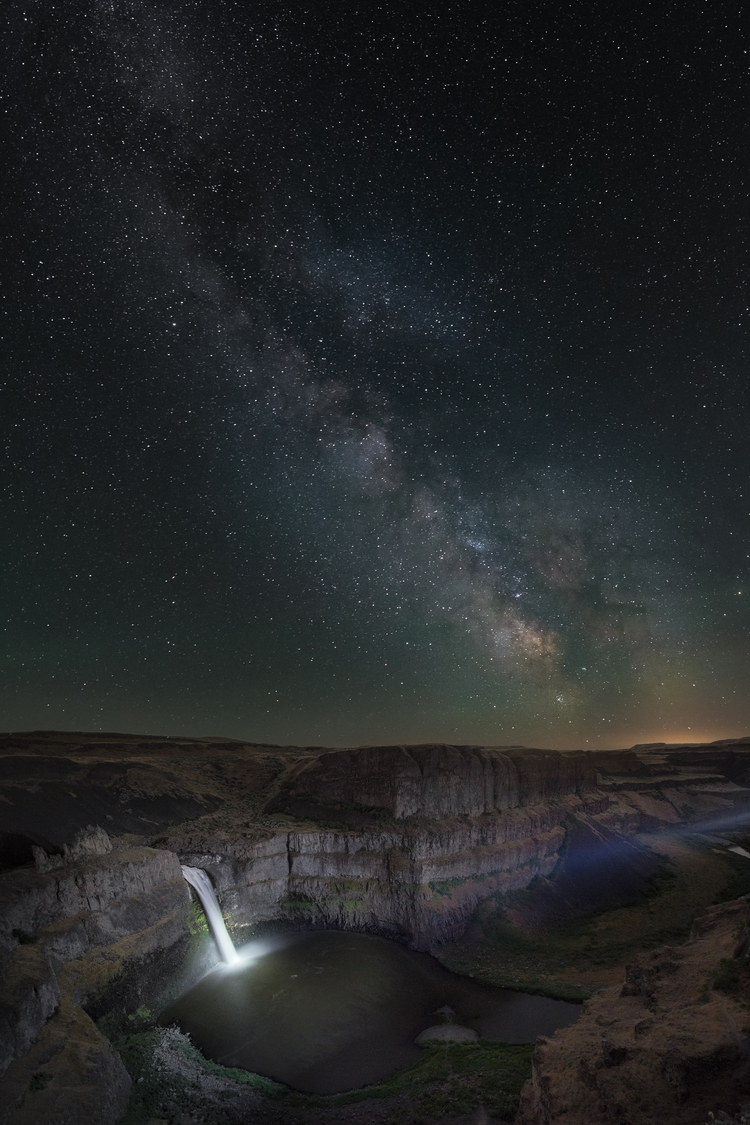 Despite the overwhelming light system used by another photographer, Christiansen used his Nikon D810 with a 24mm lens to shoot three horizontal exposures, which he used to create this image. Using stacking and blending techniques, Christiansen combined the foreground image (2 minute exposure, with 40 seconds of the exposure capturing a fellow photographer’s lighting system shining directly at the waterfall) with the background image of the Milky Way (20 second exposure).

Palouse Falls (formerly known as Aput Aput) is located in Starbuck, WA in Palouse Falls State Park. It is situated approximately four miles (or 6.4 km) upstream from the Palouse and Snake River convergence in southeast Washington. This remarkable waterfall is the only current major waterfall left along the Missoula Floods glacial flood path, and it dates back thousands of years.