Interesting Photo of the Day: Curious Fox Requests a Portrait

On his way to snowy St. Anne’s mountain for a winter shooting adventure, romanian photographer Dan Dinu had a lovely surprise, as he was presented with the chance to properly meet and photograph a posing wild fox. Indeed, it doesn’t sound quite true, but the following picture leaves no doubts about this uncommon and potentially dangerous meeting: 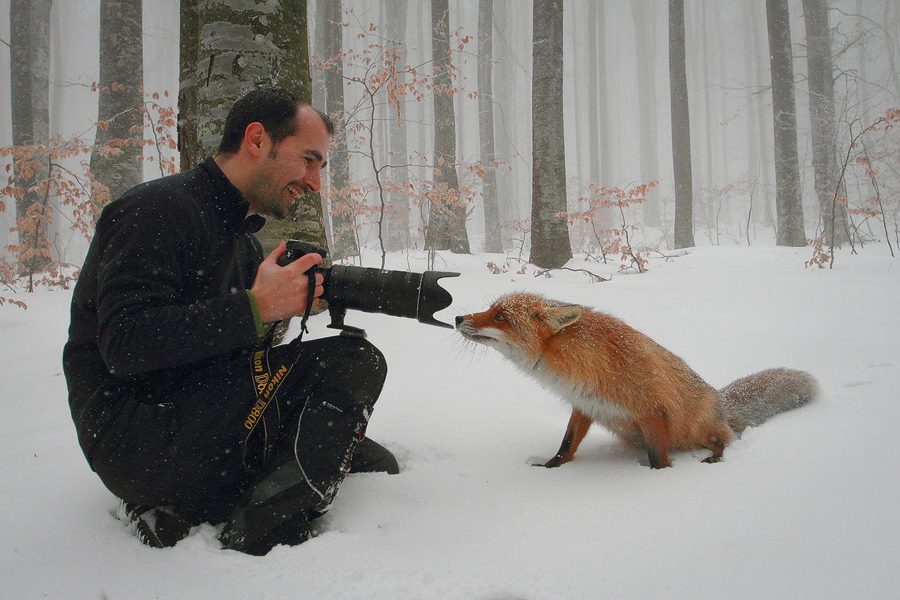 The fox happened to be raised by a local forester, and so it became rather friendly around small (and quiet, if possible) groups of people/tourists. Dan says it’s still prudent to keep your distance from this kind of wild animals — you shouldn’t even try to feed them, as they may act strangely and realize you’re some kind of a menace to the species. As a matter of fact, Dan states that it was the fox itself who took the liberty to get closer to him, and not the other way around!

But it so does seem that several friendly foxes do walk around the route to St. Anne’s mountain greeting and posing to photographers. Dan himself saw four of them within a short distance, but only this particular one was affable enough to peek around the wide angle lens: 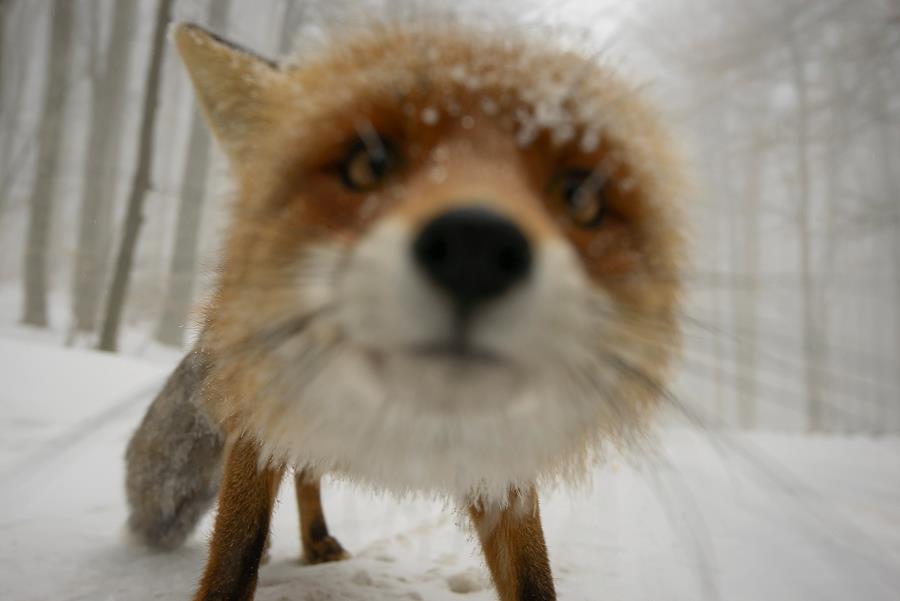