Interesting Photo of the Day: Snow on Castle Mountain

On a few occasions, you might have come across a landscape photograph that doesn’t seem like a photograph at all. The scene appears so beautiful that the image almost looks unreal. It’s as if the image were a piece of digital art of a wonderland that someone made on a computer. Professional landscape photographer Ross Schram was out in Banff National Park, when he took the following image of the amazing Castle Mountain. And it definitely has to be one of those images that make you question reality: 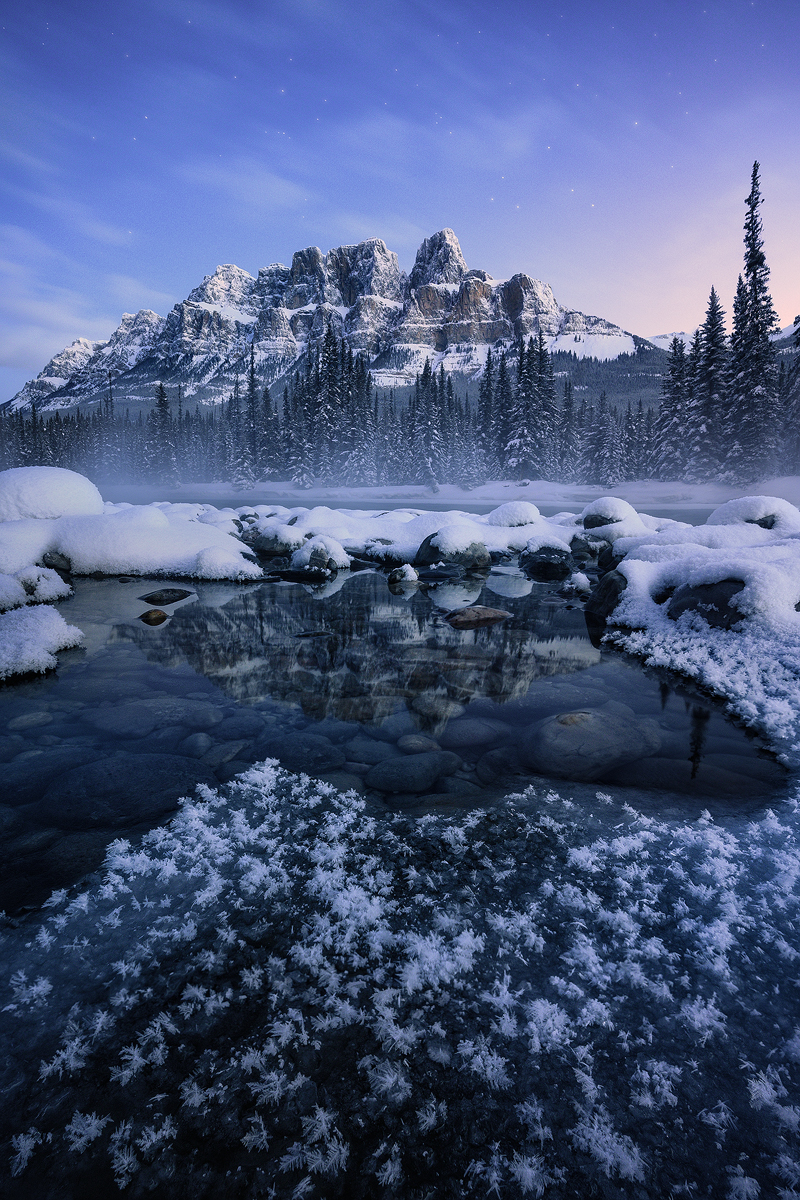 Judging by the 30-second exposure and the high ISO value, they definitely suggest a low light condition. But, if you were to judge by just the look of the image, would you be able to differentiate it from a daylight condition? Well, if you look close enough, you can see stars. And the stars are definitely one of the factors that add that “wonderland” look to the image.

Schram’s composition is another beautiful aspect of this image. The interesting icy foreground leading to the pristine water with a hint of the mountain’s reflection work great as a compelling foreground and mid-ground respectively. Then there’s the majestic Castle Mountain in the background standing tall and proud. The faint clouds over the mountain add some further interest to the sky.

“I found this nice patch of ice leading right to an open puddle of water and a few clouds floating above the peak. I could tell the clouds were going to disappear soon, so I quickly puled out the camera and did my best to compose this shot without breaking the foreground sheet of ice.”