Interesting Photo of the Day: Tangled Branches in Patagonia

Torres del Pine in southern Chilean Patagonia is a magnificent national park that encompasses mountains, glaciers, lakes and rivers. It spreads over 700 square miles and is home to some of the world’s most beautiful landscapes. Of them are the three granite peaks that extend up to 2,500 metres above sea level, then joined by the Cuernos del Paine. When photographer Erik Lee was there, he captured the following image—proof of how surreal the place really is. 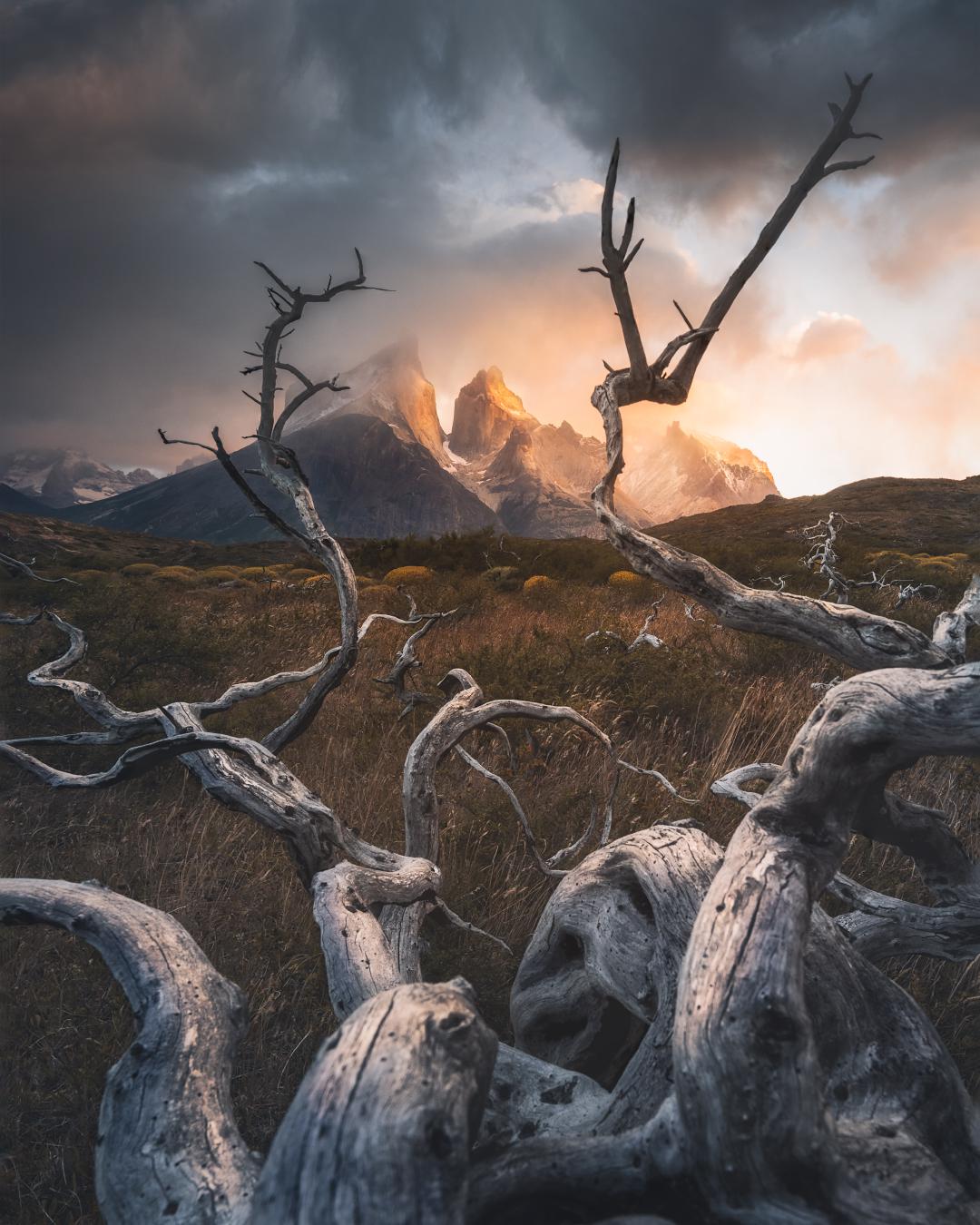 Lee shot the image with a Nikon Z7 II and a 14mm lens at f/16. As he was very close to the foreground, he had to focus stack four images to get everything sharp. In fact, as he shares, he was so close to it that he had to stick the camera through the gap of the branches.

“With the great Cuernos del Paine as background, this area has turned into a photographers’ playground.”

Lee has indeed made a very clever use of the foreground element. The branches crawling into the image makes this shot appear three-dimensional. And the way that the far end of the branches frame the peaks is just phenomenal. It’s like the peaks are demanding attention.

Even the lighting and weather add so much to the image. While the cloudy condition makes the image feel moody and dramatic, the touch of golden light on the peaks gives a sensation of warmth and calmness. Such a beautiful contrast.

Have you been lucky enough to visit this place? If you have, be sure to share your experience in the comments.

The Role of Camera ISO

Wedding Photographer Shares Tips During a Day at Work

6 Tips on How to Capture Great Fireworks Photos