Interesting Photo of the Day: Milky Way Against a Curvy Road

Adding a familiar foreground element when photographing the Milky Way is a common practice. This adds context while giving a sense of scale. In most cases, photographers end up using a landscape or some abandoned building as the foreground which makes the image seem a little cliché. So, photographer Gary Cummins tried something different and ended up with the following image. The result is truly mesmerizing: 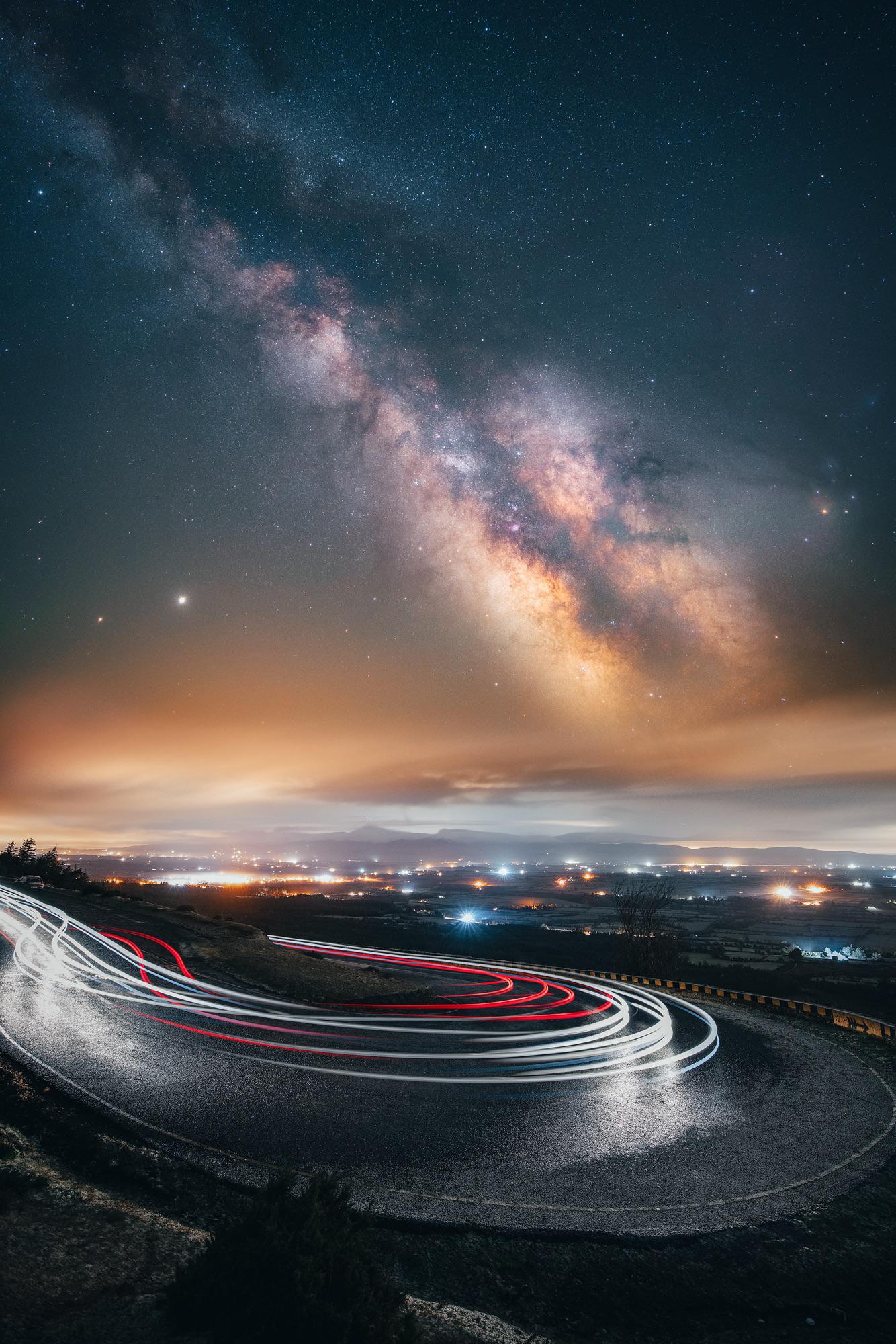 The blend of white and red lights in the foreground forming a hairpin curve immediately grab our attention, drawing us right into the image. Then there’s the hazy city in the mid-ground which seems to seamlessly blend with the Milky Way on the horizon. And the way he has placed the curvy section of the road and the arm of the Milky Way – both of them balance out each other beautifully.

It’s quite evident from this image that Cummins’s creativity is of the next level. The pre-visualization and the effort that he put in to transform it into reality is truly praiseworthy.