Interesting Photo of the Day: Inside-Out

How far would you go to create an image you’ve composed in your mind? For photographer Nicola Tröhler, it was a matter of investing almost six months and a good amount of money to manifest the following image. He wanted to create an image that blended the outer and inner worlds. And by the looks of his result, we can easily conclude that he has beautifully realized his goal: 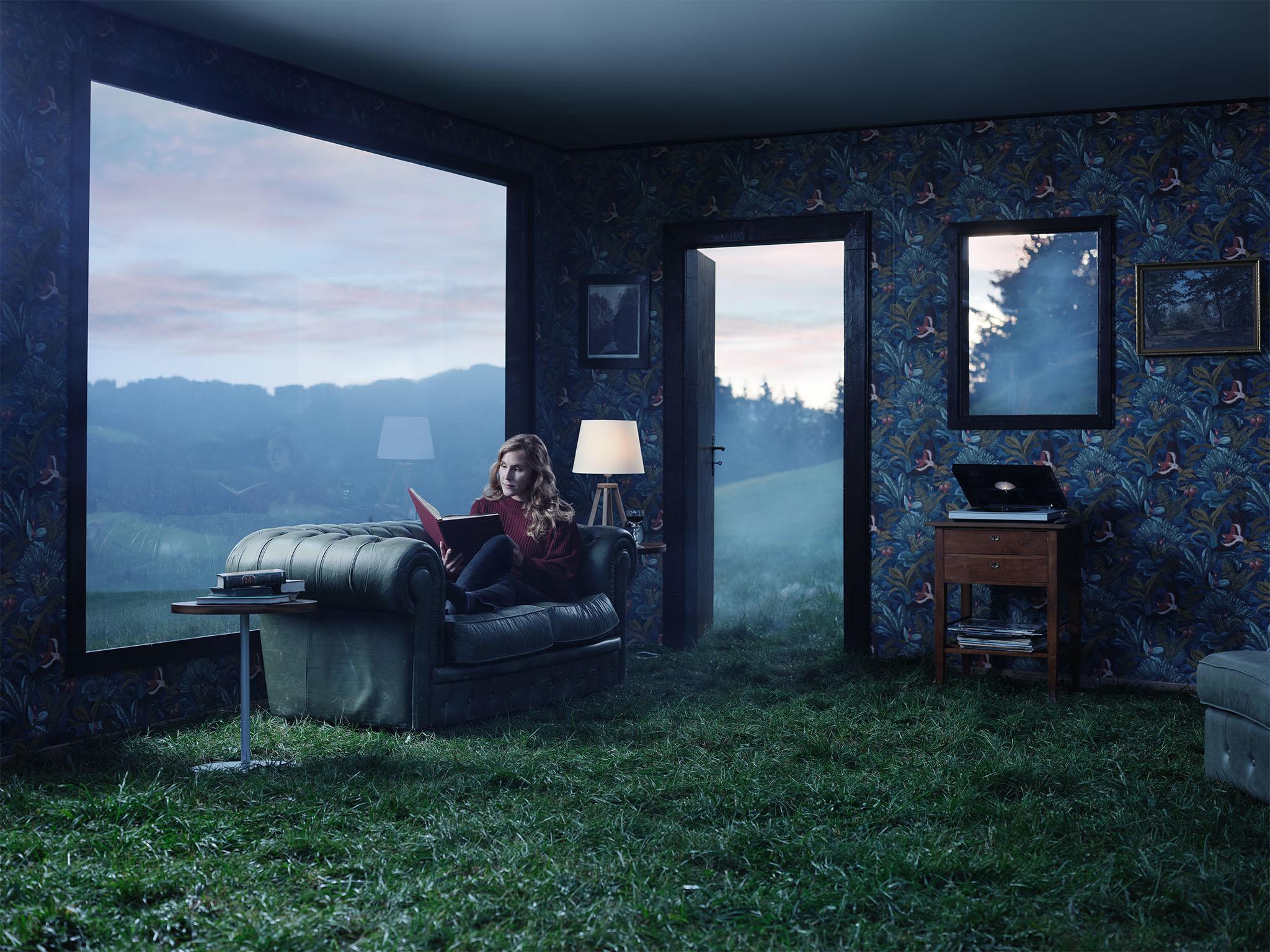 Tröhler shot the image on a Fuji GFX 50s with a 63mm lens at f/4 and 1/125th of a second. And in case you’re wondering how he was able to grow the lush green grass indoors, know that the “room” is actually a set the photographer built outdoors. In fact, it took him four days to get the scene ready.

It’s obvious that Tröhler put a lot of work into taking this picture, and the image really catches the eye. The elements he has placed on the set give a cozy feeling that is aesthetically pleasing. Also, placing the model by the window with such beautiful scenery in the background makes the image even more relaxing to look at. On top of that, the foggy atmosphere—also added during the shot—enhances the mood even more.

Wouldn’t you love to have such a room at your place? It appears to be quite stress-relieving. You could simply walk into this room with your eyes closed and feel the grass between your toes.