Brule River in Minnesota is a really interesting, or should we say mysterious, geographical formation. That’s because half of the river simply vanishes on its way to Lake Superior. At a waterfall, a jutting projection of a hard volcanic rock splits the river in half. The left fork drops into the falls, while the right fork disappears into a huge pothole called the Devil’s Kettle. We’re sure there must be some sort of scientific explanation, but to witness this mystery is surely fascinating. Photographer Vincent Ledvina shot the “Upper Falls'”waterfall of the river on a perfect summer night, and it clearly shows how the Devil’s Kettle isn’t the only thing that’s mesmerizing about this place: 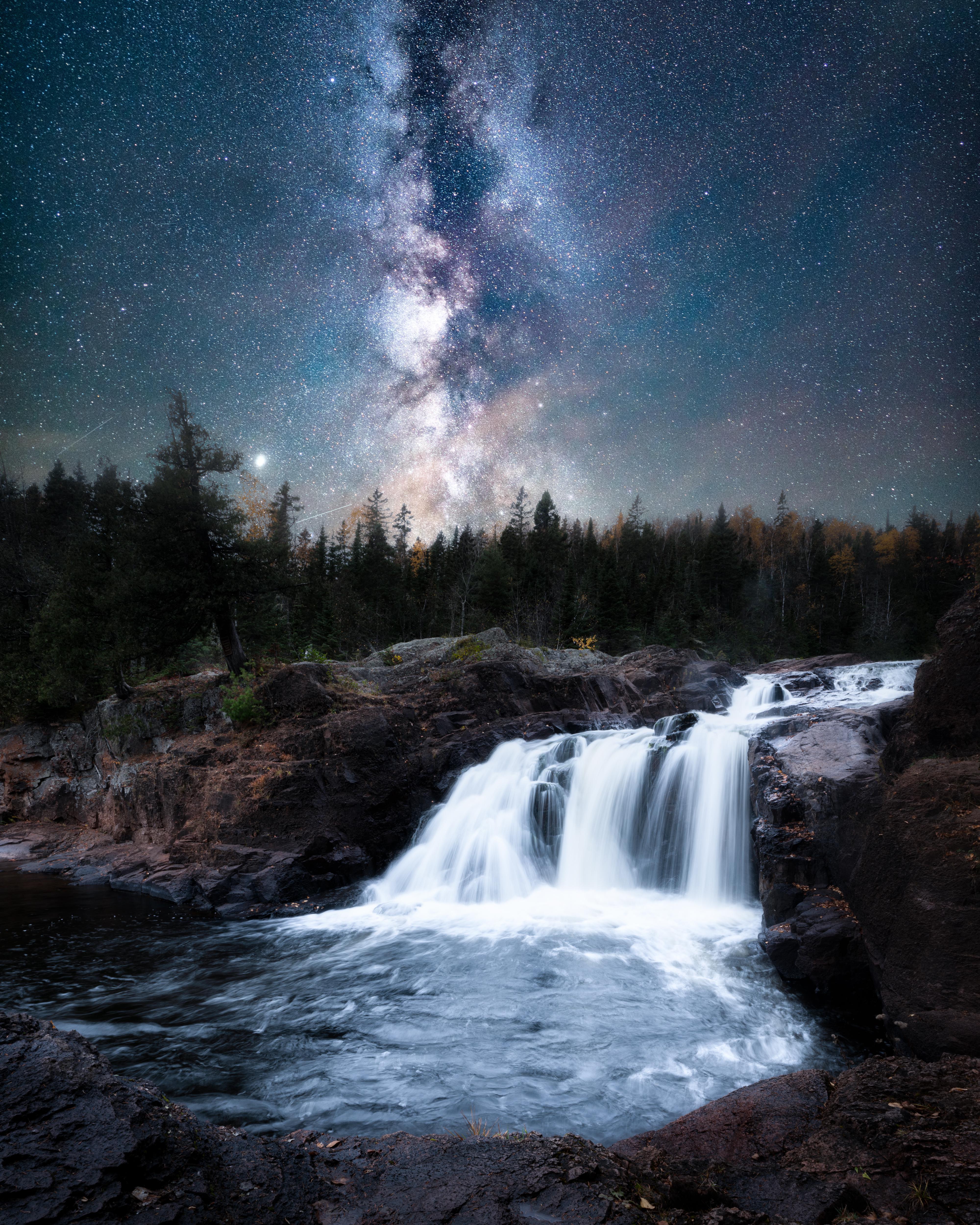 “The North Shore of Minnesota is so beautiful and it’s a privilege to shoot the beautiful scenery there.”

This image is a fantastic example of how things are beautiful not only on the earth but beyond our planet as well. Even though the fall is a short one, the perfect duration of long exposure has added so much life to it. It appears so lively yet dreamy. And then there’s the Milky Way on the night sky that perfectly balances the captivating scenery at the bottom.

Music Photography: Tips on How to Get Started

Pro Tips to Stand Out & Build Your Photography Audience

Interesting Photo of the Day: Lava Leading Line to Volcano