Interesting Photo of the Day: Many Leading Lines to Cityscape 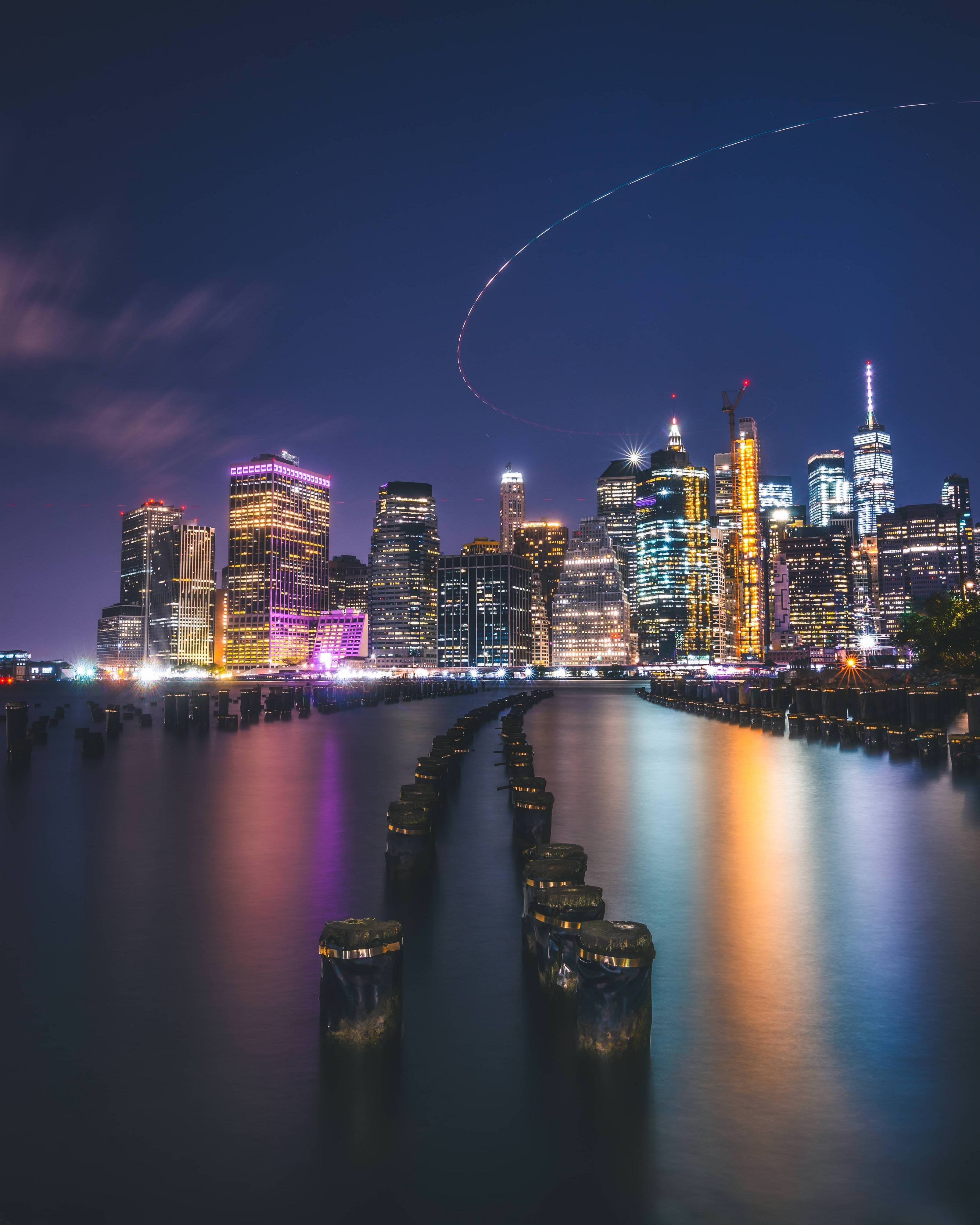 “At first I was just using the typical 30 seconds, then I noticed the air traffic overhead and figured I’d try to catch some trails from them so I adjusted and took a couple test shots to see how far I could push the time without over exposing. Then once I saw I plane I just kept the shot open until I knew it flew out of frame. A little bit of skill, a good amount of luck, and also the fact that the time frame was pretty forgiving helped.”

Fraley shot the image from Brooklyn Heights and has captured an absolutely beautiful image of the city. The beautiful lighting of the city reflected on the silky smooth water just looks so amazing. The posts in the water act as a leading line, and the flight’s path mimics the curves of the posts and adds further interest to the image.

One response to “Interesting Photo of the Day: Many Leading Lines to Cityscape”