Interesting Photo of the Day: Inside an Alaskan Ice Cave

Alaska has the highest concentration of glaciers in America—since ice caves are typically found around glaciers, this isn’t surprising. Photographers who was withstand the cold, such as Nickolas Warner, can come away with stunning and unique images. Here’s one from inside a fragile ice cave in Alaska: 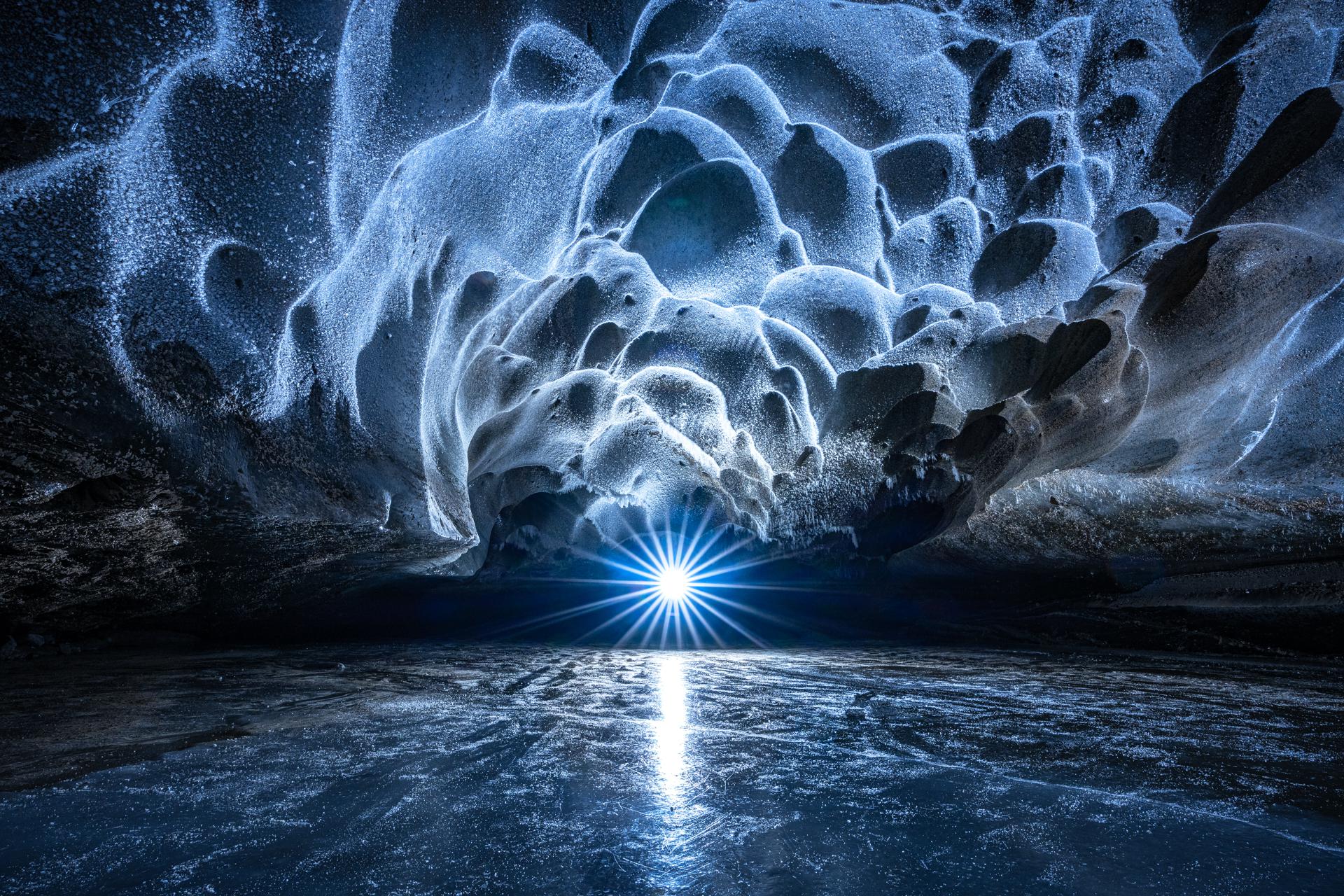 “I took this during a photo trip in Alaska inside a very fragile glacial ice cave. I was originally shooting the other way, but realized it looked even cooler when stopped down to f/22 and looking directly at the light source.”

At first glance, it is difficult to make out that this image was shot inside an ice cave thanks to the light, shapes and patterns. The patterns appear like a bunch of polar bears—even penguins. At some point, it even appears like they are stars in the night sky. If you look at the bottom half, the frozen ground gives the illusion of an image taken from space, as if a star on the horizon of some alien planet.

Since this effect was not intentional, Warner was lucky he paid attention to what was happening behind him. This is indeed an important lesson for all of us—keep your eyes open, as opportunity can come around in any form.

Behind the Scenes of a Model Street Portrait Photoshoot