Blood moon is the name given to a total lunar eclipse due to the reddish tinge it takes on when fully eclipsed. The latest occurrence of this phenomenon occurred on January 20, 2019. Landscape photographer Jacob Klassen was prepared to capture it: 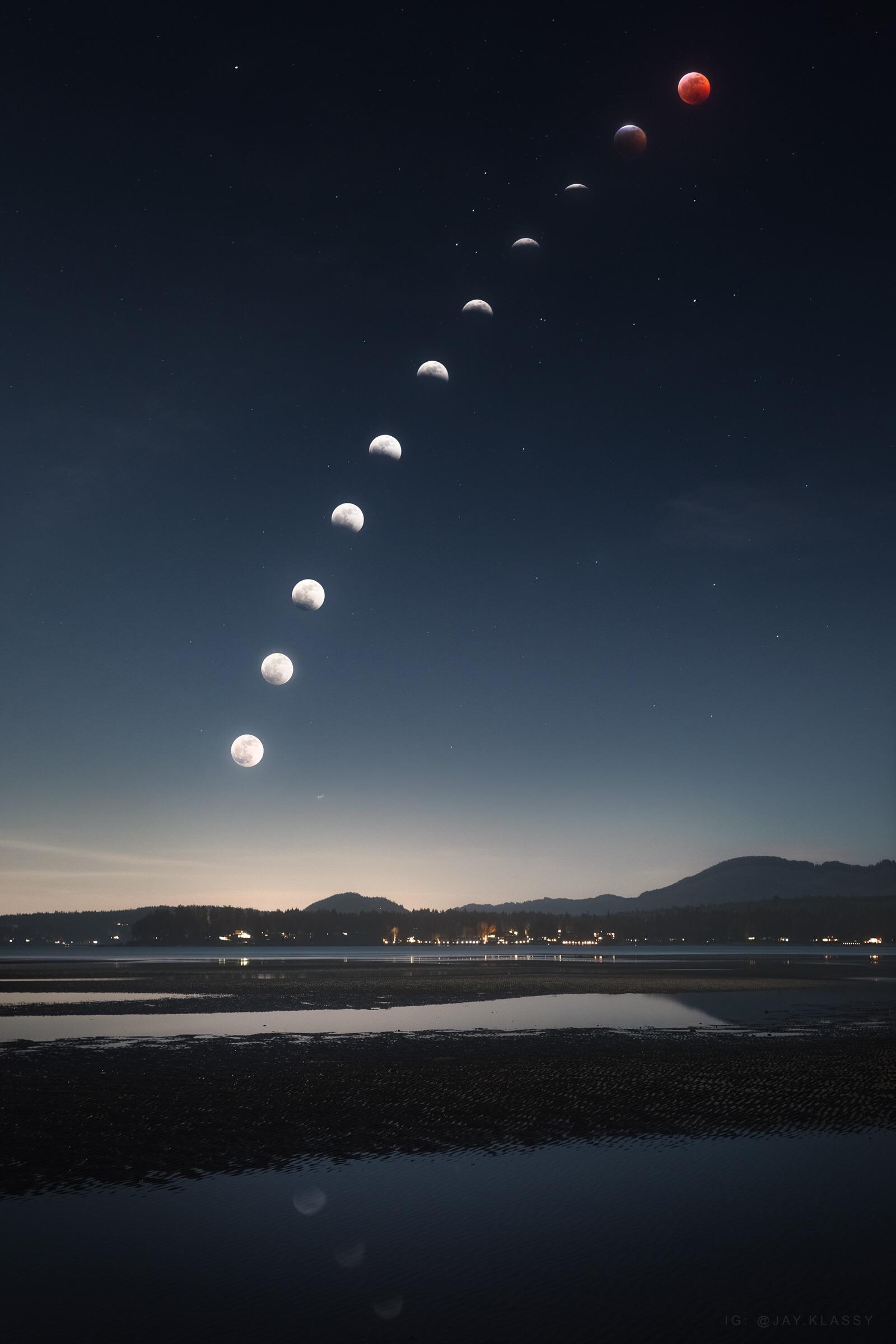 Klassen took this amazing photograph at Rathtrevor Beach on Vancouver Island. Realizing that he wouldn’t be able to get a shot of the exact landscape that the moon was rising behind, he took one as close to the right of it as he could. Through the night, he also took a shot of the moon with its reflection in the tide pool every nine minutes. The resulting image is a composite of all of his efforts, and it looks fantastic.

“It’s night[s] like these where you realize how small and insignificant we are, yet lucky enough to live in a time and place in the universe where sights like this are somewhat common.”