Emas National Park is one of the UNESCO World Heritage Sites in Brazil. It shows a typical scene in the Cerrado ecosystem – it’s virtually treeless but with tall termite mounds and a good amount of wildlife. If you happen to visit the area, you’ll be overwhelmed with the number of termite mounds there. Some are even taller than two meters. And quite interestingly, when night falls, the mounds glow. Not by themselves, but with the help of fireflies. Phablo Araujo captured the phenomenon and it’s nothing short of spectacular: 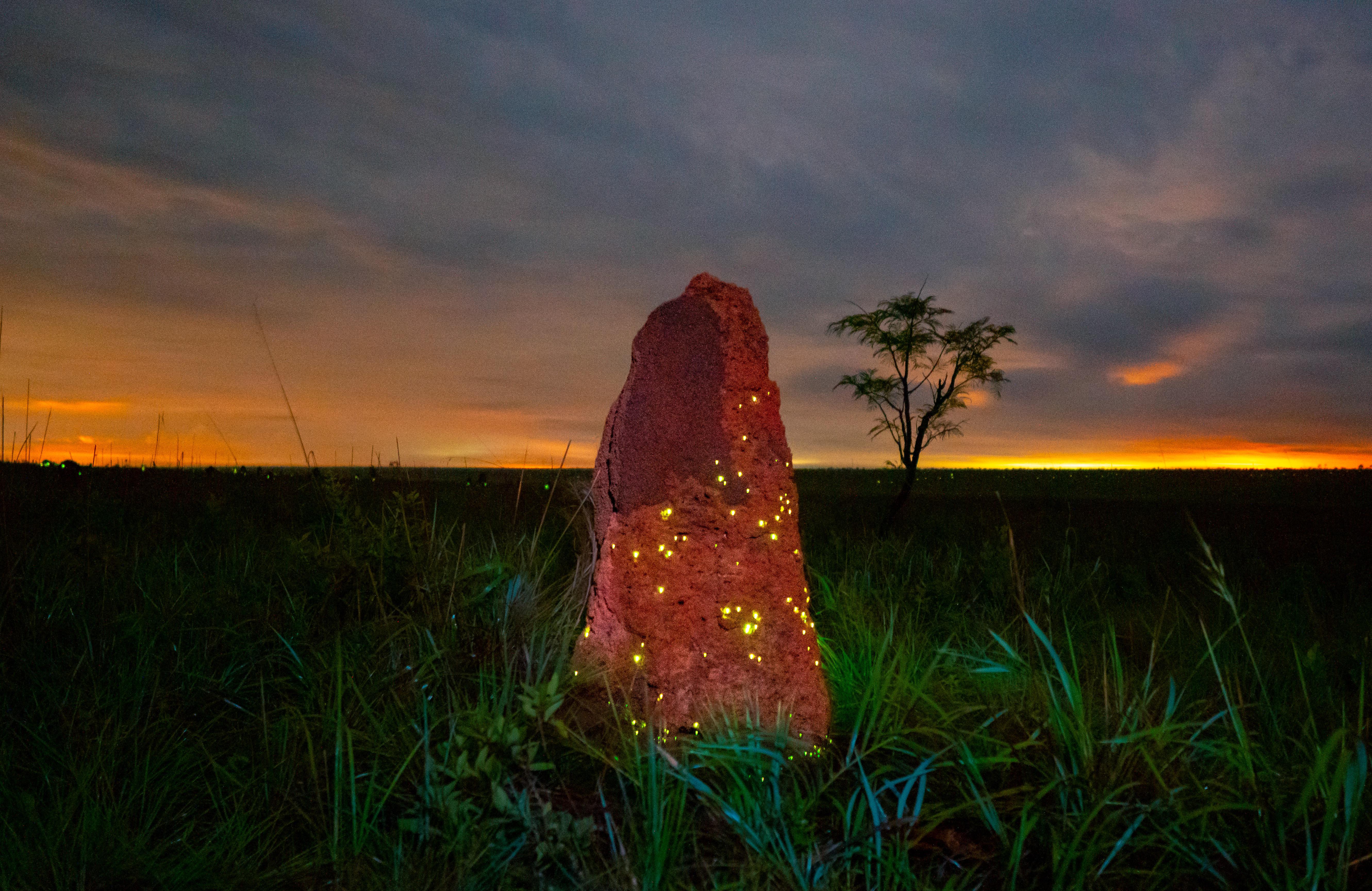 The way the termite mound glows with specs of light really catches your eye. The luminescent fireflies make it seem like the mound is almost glowing from within, ready to burst out. Not to mention, the light glowing in the distant horizon further complements the overall image.

“The fact that the park is a thousand metres high allows the lights of various cities to be seen coloring the clouds on the sky.”

Here’s a fun fact to end on: the fireflies’ light helps to attract other smaller insects near the mound. The fireflies then use this to their advantage and feed the small insects to their larvae. Nature sure is fascinating.