The Rule of Thirds and Photography

Good photography requires a combination of technical expertise as well as artistic creativity. Unfortunately, the rise of digital technology has focused the attention of many beginners on the purely technical aspects of photography. All too often, the artistic side of photography is neglected. 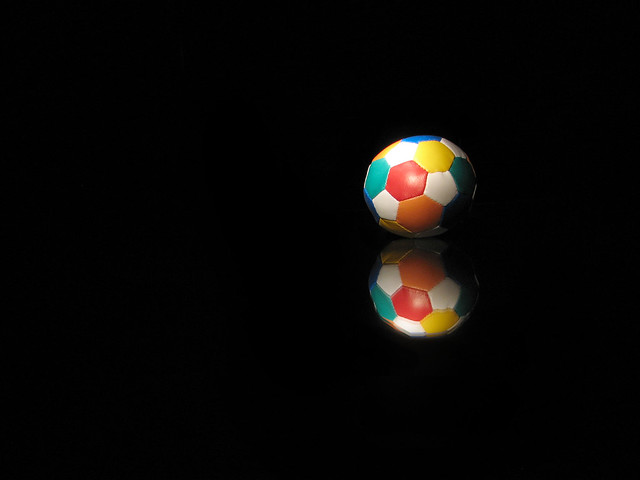 If you bought a great digital camera and your photos still look like snapshots, it’s not the fault of your equipment. Perhaps it is time to start looking at your subjects with a more creative eye, and think a little more about good composition.

Well, most experienced photographers will tell you the best place to start is the Rule of Thirds.

What is the rule of thirds?

It is a sort of guideline to help you structure your composition in a balanced way that pleases the eye. Like all rules, it is made to be broken, but we’ll look at that later. Experience will give you the confidence to decide when you need to apply the rule of thirds and when you can get by without it. However, before you can make that decision, you need to understand the rule and how it works.

If this seems hard to follow, sketch it out, and it will start to make sense.

If this seems a little too structured and organized for the real world, that’s because in most cases it is. After twenty years in photography, I can tell you that nature is not so neatly packaged for our convenience. You cannot expect all the objects in your photos to fall into place according to the Rule of Thirds. However, by using the rule as a general framework, you can begin to create structure in your photography

Why does the rule of thirds work?

Don’t know, don’t need to know. But it does work. It satisfies our sense of visual proportion, so that photos structured in this way appear balanced in the eye of the viewer. You can prove this for yourself right now, just by looking at a book of your favorite photos. When you apply the framework to each picture, you will probably find that most of them, at least loosely, fit the rule of thirds.

Many photographers have a natural sense of visual balance. They take their photos according to the rule of thirds without being aware of it. They may simply shoot the picture that ‘looks right’ or ‘feels right’ to them, unconsciously applying the rule as they go. For new photographers who are struggling with composition, this simple guideline will make a world of difference. In time, and with experience, these beginners will develop their own natural ‘feel’ for composition.

Am I suggesting that every photo must be taken using the rule of thirds? Is any photo that falls outside these guidelines a failure? Absolutely not.

Some photos are made more effective by deliberately ignoring the rule of thirds. It is possible to focus the viewer’s attention on a particular feature, by positioning it where we would not normally expect to see it. Shaking up the viewer’s sense of visual balance can add real impact to a photo if it is done well. I can give you a very simple example from my field of nature photography.

A sunset photo is usually all about the sky. A photographer can add impact to the sky by lowering the horizon to well below the ‘normal’ horizon level. The result will be a sky that really towers over the foreground and imposes more strongly on the entire picture.

There are probably millions of other examples of great photos that were taken outside the framework of the rule of thirds. As I said at the start, all rules are made to be broken. That does not mean that photographers should not know the rule and practice it. There’s no harm in breaking with convention. The important thing is that you do it knowingly and for a reason, to make your photos more effective. Breaking the rules is a lot more fun when you understand the rules you’re breaking.

About the Author:
Andrew Goodall writes for http://www.naturesimage.com.au and is a nature photographer based in Australia. He manages a gallery in Montville full of landscape photography from throughout Australia.

5 responses to “The Rule of Thirds and Photography”