Interesting Photo of the Day: Rocket Arching into the Sky

Companies like SpaceX have created several successful launches in recent years. But while the rockets themselves are feats of science, their aesthetics are equally mesmerizing for their beauty. The following image, taken by photographer Dieter Unrath, is proof of that: it is an exquisite fusion of art and science. 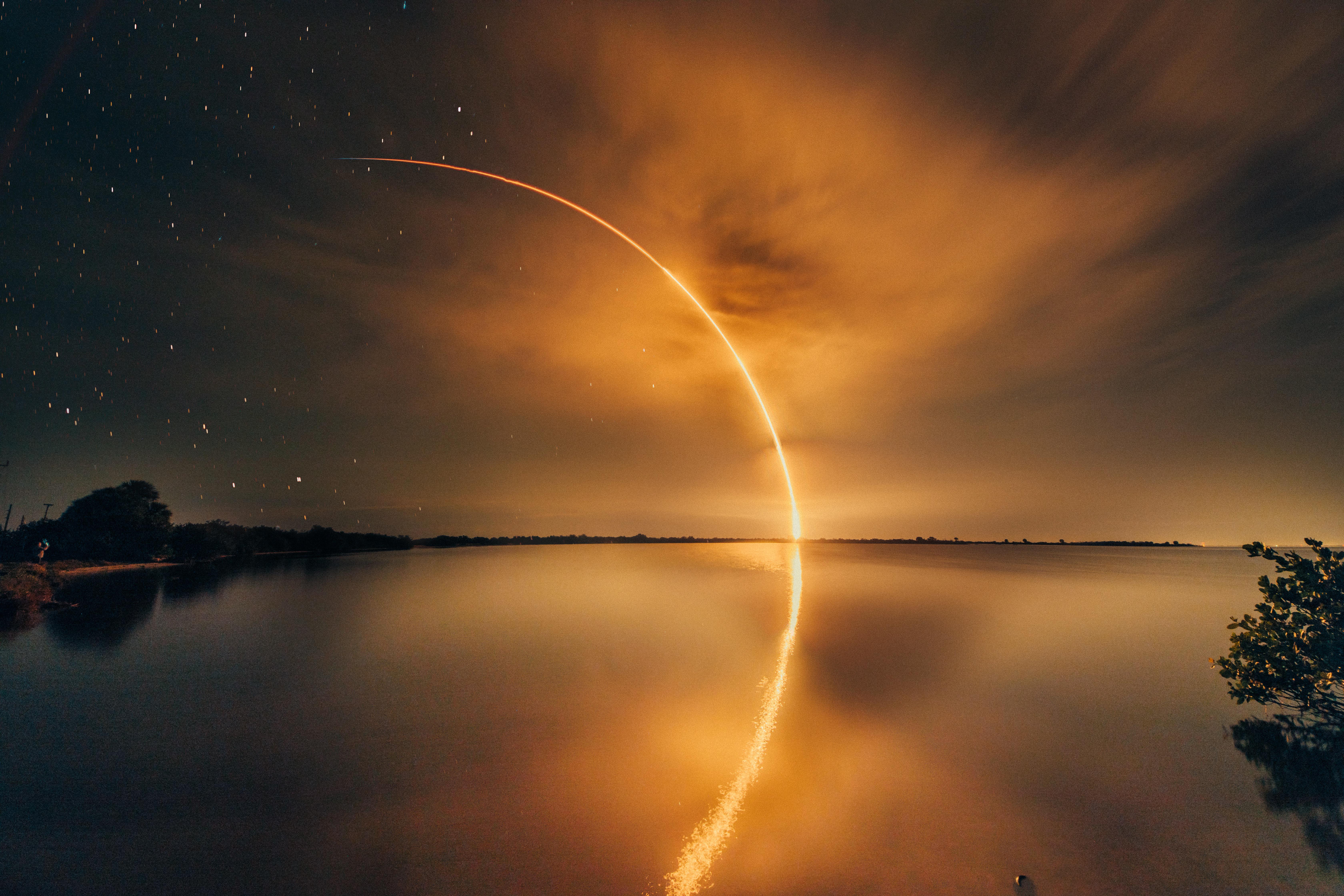 The image is the result of five different 30-second exposures stitched together. Unrath shot each of the images at 14mm, f/16 and ISO 100.

The most striking feature of this image has to be the arc formed by the burning gases of the spaceship and its reflection on the water beneath. Thanks to the symmetrical look, the arc appears like a semi-circle. One could even confuse it for a half-visible planet in the sky or an eclipse.

It’s also interesting how the flames have granted a warm look to one side of the image, while the other portion appears dark and cool. And the fact that the rocket seems to be storming into the starry portion of the sky beautifully symbolizes how it’s leaving the comfort of its home planet and heading to the infinite cosmos.

How do you feel about the image?