To a photographer, photographing cultural practices can be an incredible experience. That’s because you’re not just doing what you love—photography—but in the process, you’re helping to promote and even preserve a different culture. The best part is, some cultures are so remarkable that the images come out otherworldly. Take for instance the following image taken by photographer JP Stones of a Mexica Huichol ceremony in Mexico: 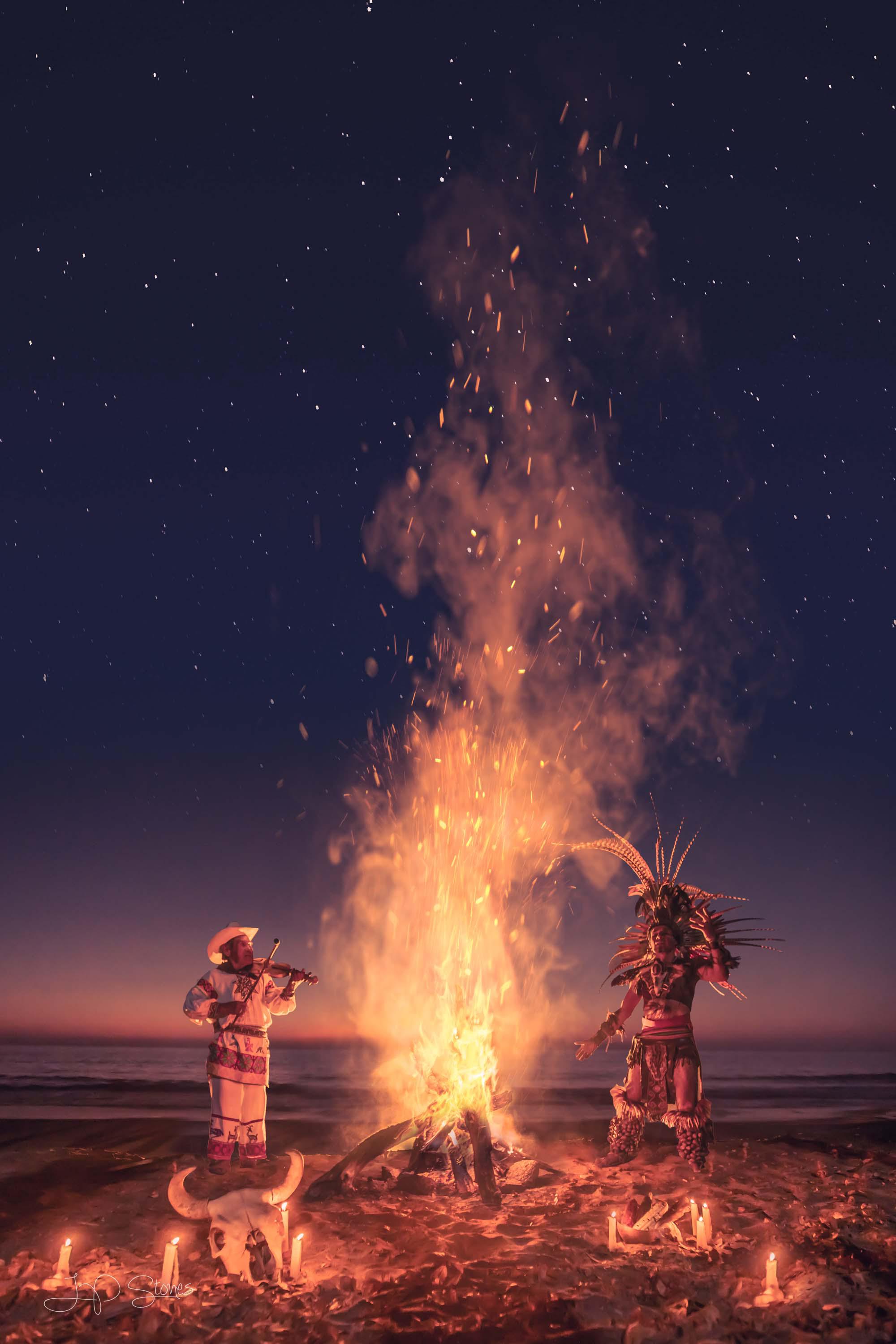 This is a staged ceremony of the Mexica and Huichol tribes that Stones shot on a local beach in Mexico. He shot it using a Canon 5D Mark IV with a two-strobe setup. He placed one light behind the fire as a rim and smoke light, and used the other one as a fill light.

It’s also worth noting that the image is actually a composite. For the stars, he set his exposure to 20 seconds, while for the rest of the scene he shot it at 1/80s.

“I had to composite a few photos to get this, as none had all the elements I wanted in one image.”

The choice of using relatively slow shutter speed for the scene has worked wonders, as it gives a softer look to the flames and the smoke. And the stars in the background are indeed a great addition as it takes the image to the next level.

While the image is striking from a technical aspect, it is also wonderful conceptually. The contrast between subjects leaves anyone wondering what’s happening in the image. In addition, the blend of blue and orange does a fantastic job of complementing the scene.

If you happened to mistake the image for a painting, you’re not alone. The fact that Stones was inspired by a painting in the first place says a lot about it.

We’d love to hear your thoughts on the image in the comments below.