While not a common hobby, photographing abandoned spaces is really an interesting passion to follow. These places’ spookiness does not negate how unique and interesting they are, especially when they are historically important. Photographer Dax Ward took the following image at an old Prohibition-era hotel and casino in Hot Springs, Arkansas, and it sure looks interesting: 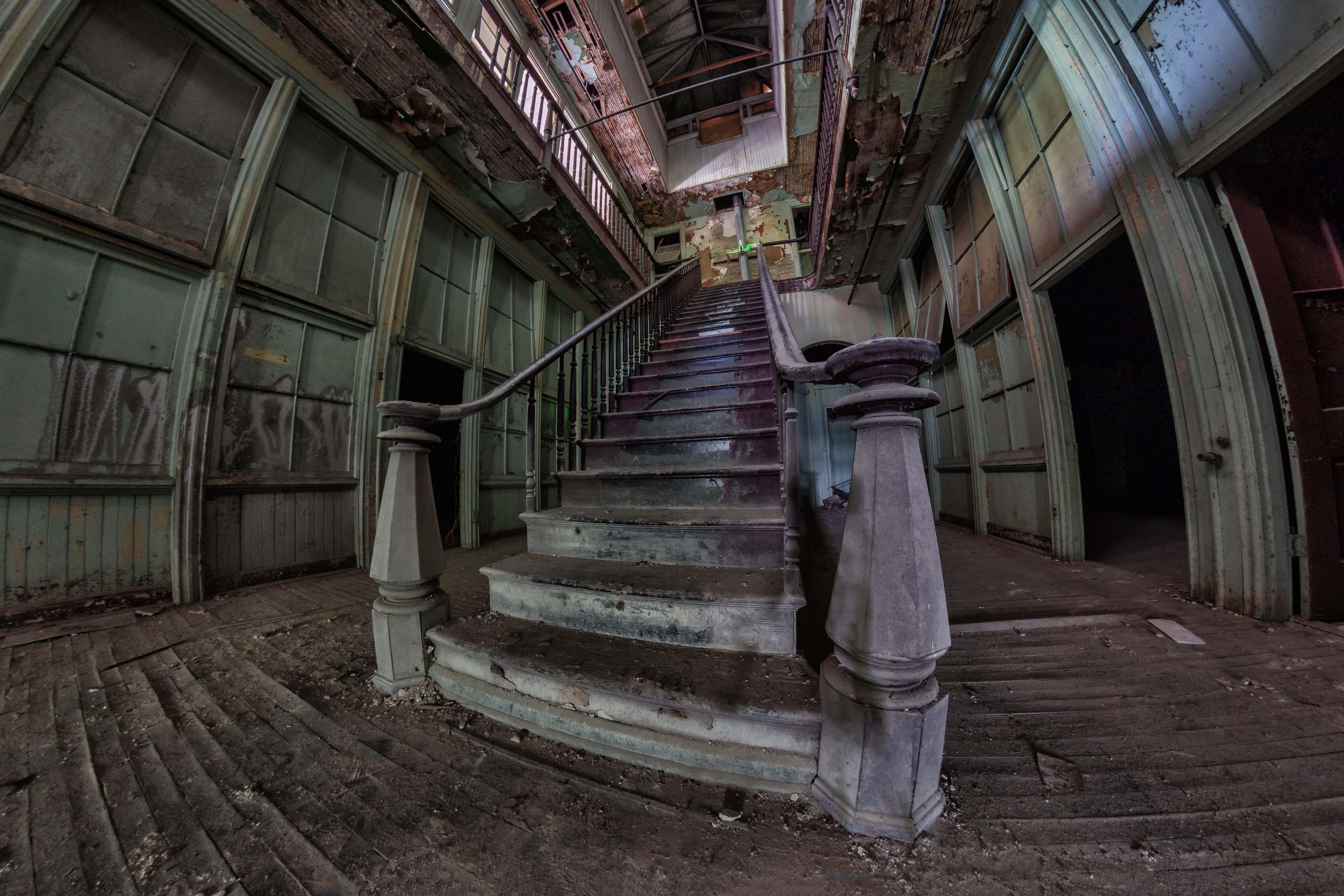 The image comes from an eight-second exposure that Ward took with his Canon EOS 6D camera at ISO 160. To add to the effect, the Savoy Hotel—where he took this image—is said to be haunted. What a thrilling experience it must have been for him to photograph the place.

“It is said to be haunted and contains several rooms with old appliances and a beautiful wooden staircase in the center area.”

Ward’s use of an ultra-wide lens gives the image extra distortion, but the effect actually looks good. The columns on either side of the room, as well as the wooden floor planks, all appear bent, which creates a swivel effect around the edges, while the stairs in the middle remain unaffected. This puts the attention right on the staircase in the middle, which in turn acts as a powerful leading line, drawing us right into the image while creating an eerie ambience.

Also, the debris on the floor and the damaged interiors really do give a spooky feeling. Would you dare venture into a place like this?

6 Tips on How to Capture Great Fireworks Photos

How to Handle Reflections in Photography