Interesting Photo of the Day: Tracking the Milky Way

Filled with rich color and fine details, well-executed astrophotography never ceases to amaze us. Today’s show-stopping image courtesy of photographer Daniel Stein is no exception. But when you find out everything that went into making this shot possible, you’ll gain a whole new level of appreciation. 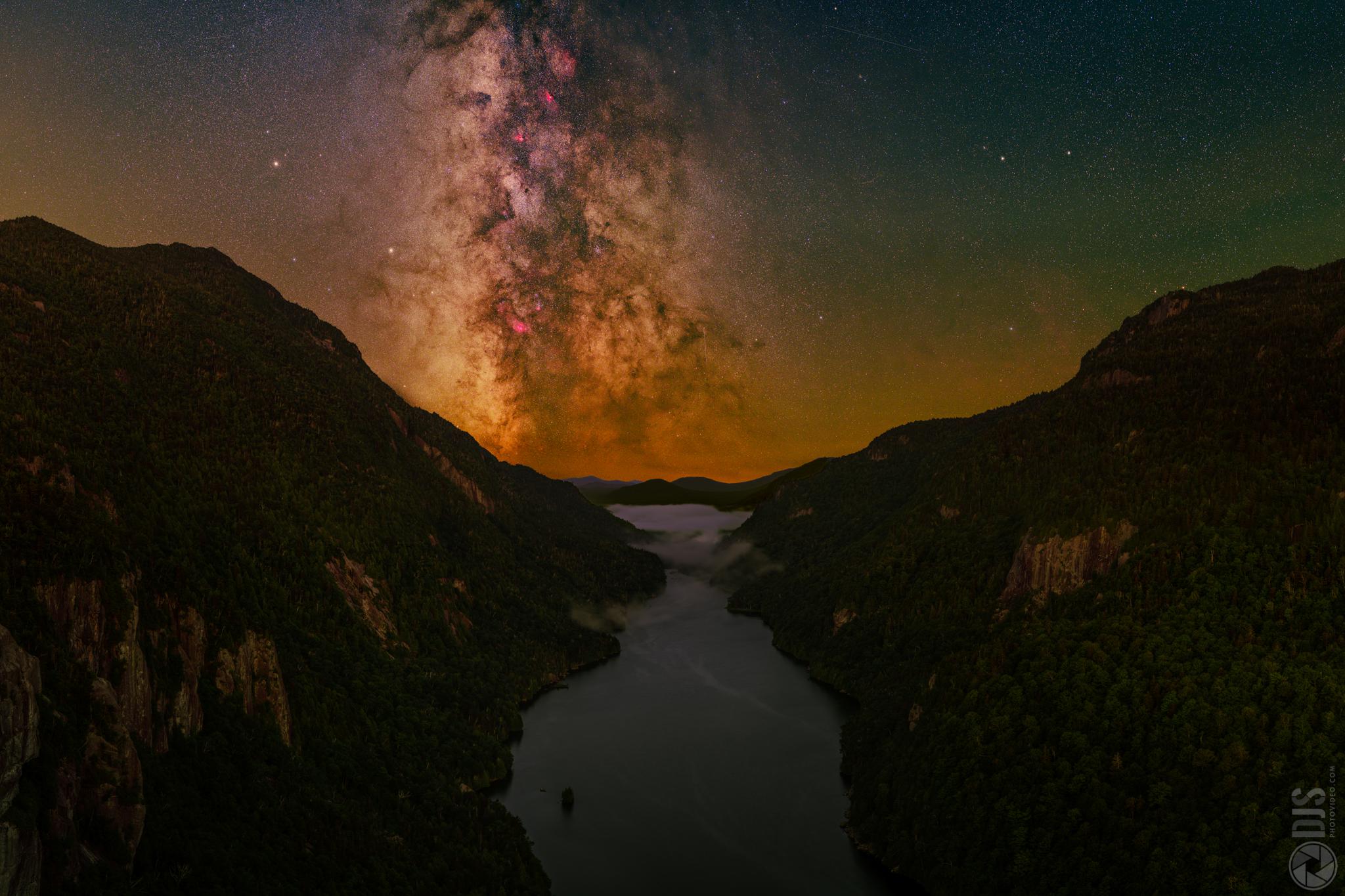 The panorama above is actually composed of 28 tracked shots and 34 untracked shots. That’s a grand total of 62 exposures, all stitched together to create this amazing scene.

Finding a picturesque perch deep in the Adirondack Mountains of New York, Stein began working with his Nikon z6 as darkness draped the valley. To create the untracked foreground sequence,  he began making a series of 20 second exposures at f/1.8, ISO 800.

As stars began to pop into view, he used an RRS PG-01 pano-head to track their subtle movements. The series of images focusing on the sky are composed of 1 minute exposures made at f/2.2, ISO 800.

After some initial adjustments in Adobe Lightroom, Stein transferred his images to image stitching software PTGui. After creating separate composite images of the foreground and sky, he applied some further edits in Photoshop and Pixinsight. Finally, he merged the two, masked out any undesirable details, and added final touches to the photo.

Most of us admire astrophotography, but it’s an intimidating medium that many photographers hesitate to take on. Kudos to Daniel for making this complicated task look easy to master!