Sometimes, nature is amazing and dangerous at the same time. One of such examples is Thor’s Well on the edge of the Oregon coast near Cape Perpetua. It’s seemingly a bottomless sinkhole that seems like it’s draining the water around it. Although it’s not really bottomless, it has been known to be really dangerous. Photographer Jonathan Irvin took the following image of the natural wonder that is nothing short of spectacular: 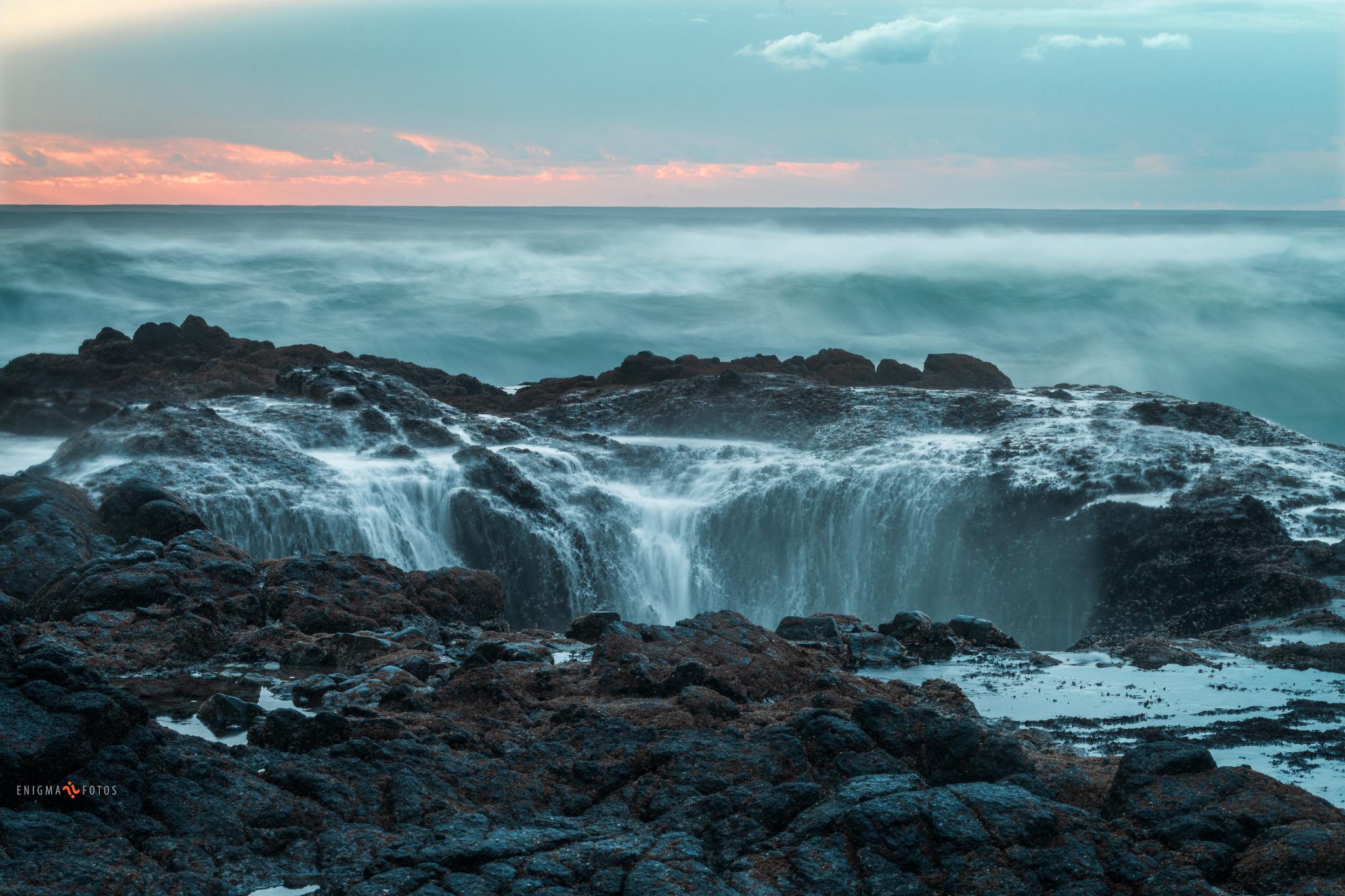 Being around Thor’s Well is not for the faint of heart. It therefore must have been an experience for Irvin to take this image. After all, that’s also a part of being a professional photographer.

“It truly is challenging. I myself and the camera got hit multiple times by the wave coming up from the right side. Plus, walking out to it is pretty scary.”

The cool blue tone that is dominant in this image gives a scary and cold feeling to the image. And considering the subject, that is totally justified. Interestingly, there is nothing around Thor’s Well that can serve as a frame of reference, so you can’t instantly judge the size of it by just looking at this image. It’s therefore up to the viewer’s imagination to estimate the size of this nature’s wonder.