If you think about it, stars and fireflies appear roughly the same size to us. But in reality, they’re totally incomparable. Our entire planet becomes insignificant in size when compared to stars. But, when you change your perspective, even the tiniest of fireflies can be compared to the stars in the Milky Way. Just have a look at the following image that photographer Varun S. took in Amherst, Massachusetts: 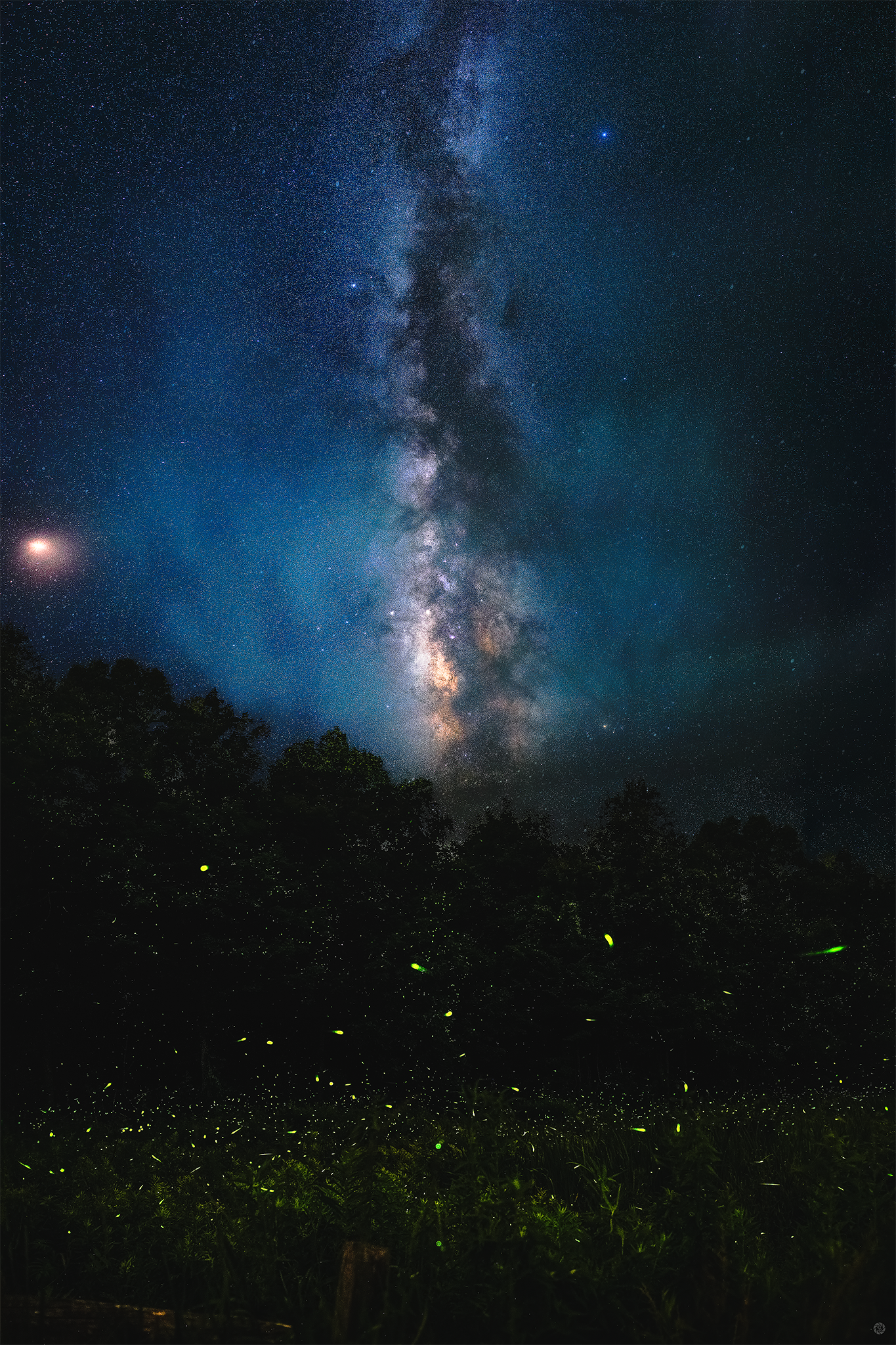 Varun took the image with his Nikon D3300 camera and Sigma 18-35 f/1.8 ART lens with a Hoya Red Intensifier Light Pollution filter. For the foreground image, he exposed it for 90 seconds at 18mm, f/1.8, and ISO 400. And for the sky, he took three panoramas, each exposed for 180 seconds at 18mm, f/6, and ISO 800. In order to avoid star trails during the long exposure, he also used iOptron’s SkyTracker Pro in the process.