Alandizzle spent a weekend in Yosemite National Park watching the Perseid Meteor showers in all their glory. While there, he captured this great shot on Sentinel Dome using multiple exposures. He replicated some of the meteors in the shot in post processing to give more context as to what it actually felt like watching them: 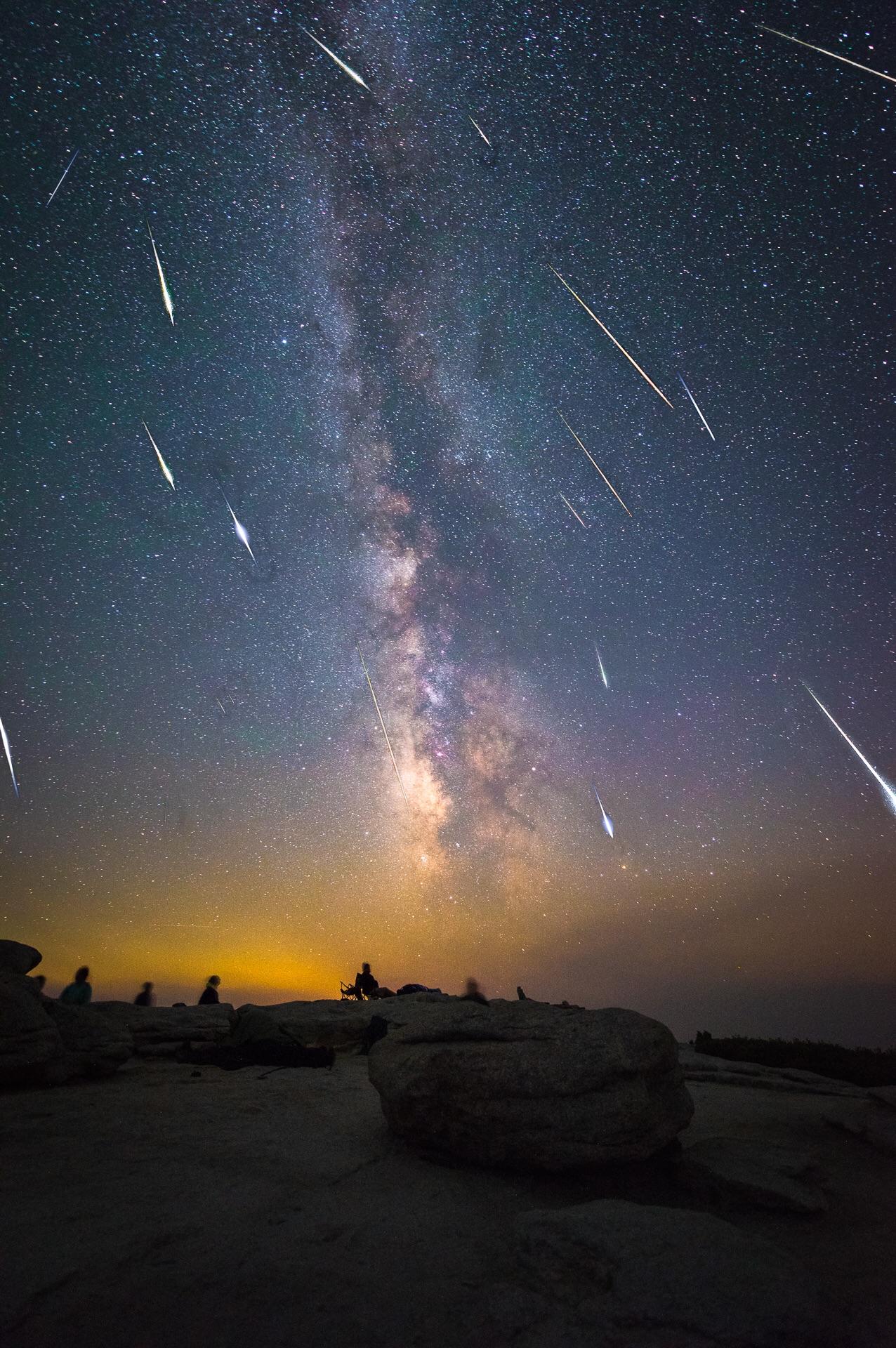 Alandizzle shot this on a Nikon D810, with a 14–28mm lens at f/2.8 focused to infinity. His camera was set to go off every 33 seconds using an intervalometer. He set it to 33 seconds, as each 30 second exposure takes roughly 2 seconds to process. He stacked the exposures in post processing using Starry Landscape Stacker for Mac. To add the extra meteors to the shot, alandizzle used Free Transform in Photoshop. He carefully chose to have them fall over a central area, and used a layer mask to ‘paint’ them back in. He then merged the layers with the main layer.

You need patience to create great shots like this, but once you’ve got your camera set up, you can just sit back and enjoy the light show for a few hours, as alandizzle did. It was certainly worth it!