Interesting Photo Of The Day: Lupine Flowers at Lake Tekapo

It’s not every day that something termed invasive appears beautiful. Lupine flowers, which are classified as an invasive weed are a perfect example of this. And considering that photographer Taylor Spencer took the image in the beautiful Lake Tekapo, New Zealand, the flowers appear even more beautiful: 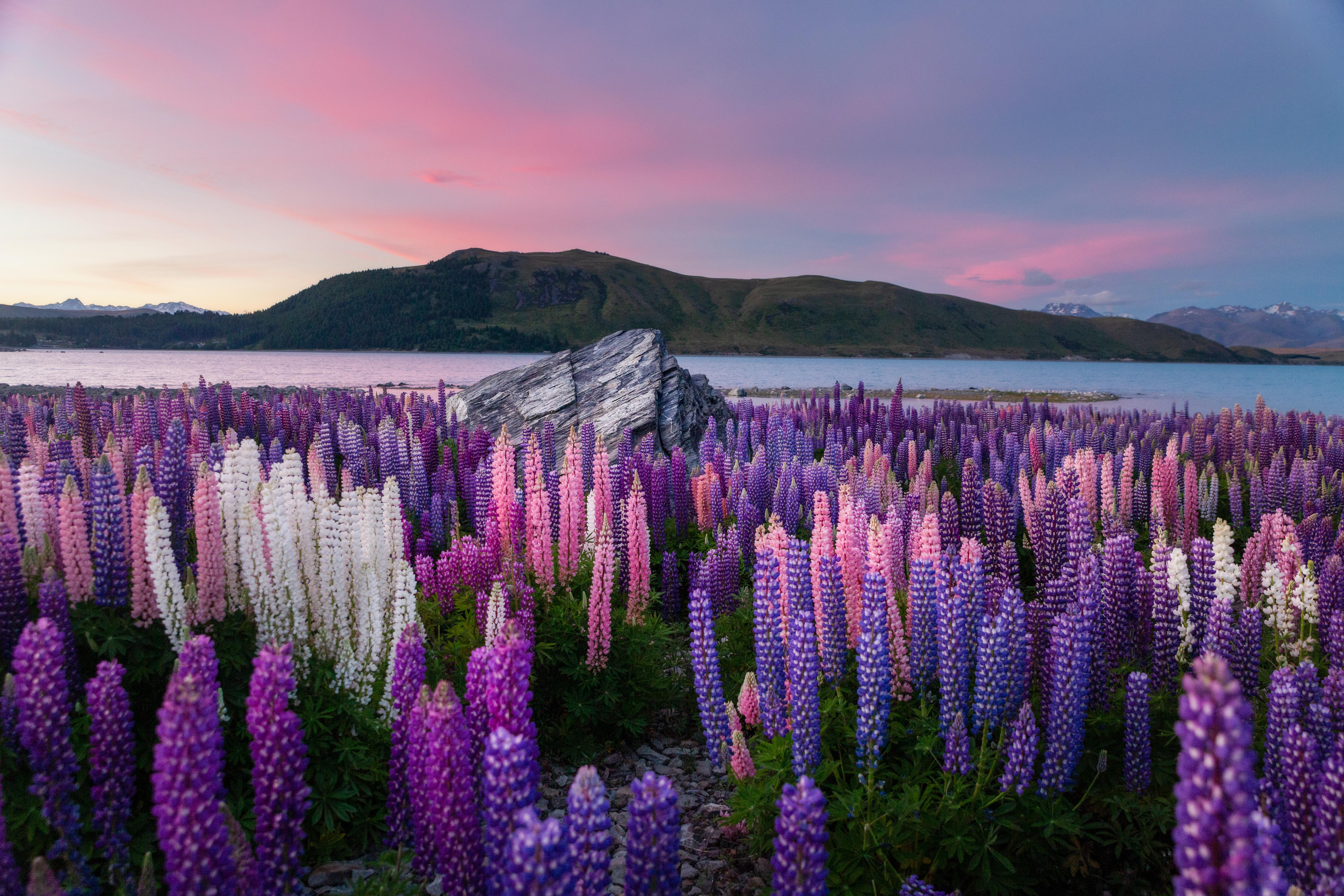 Spencer was particularly lucky to be able to get this shot for two reasons. First being that the sky was really boring until he got to this spot. Second, the Lupines were in full bloom when he took the photo, and when he returned to the lake at the end of his trip, mass flooding had taken the flowers with it.

“We were especially lucky as the weather would turn for the worse and mass flooding would impact much of the South Island.”

You can’t miss the colors in the sky that almost magically complement the foreground. That’s because he took the image around fifteen minutes after sunset. As he recalls, before this point, the sky appeared much more boring.

This image is also a great example of creating a stunning image with a simple composition that includes a foreground, mid-ground, and a background. The compelling foreground with the Lupines, an interesting mid-ground with the rock, Lake Tekapo and the mountain, and the colorful sky as the background all have gelled together to make this beautiful image.