Interesting Photo of the Day: Iron Man Traverse with a Glow Stick

To the inexperienced eye, today’s interesting photo may appear to be, at first glance, evidence of life on Mars. Perched atop a dusty red rock and framed by a purple celestial night sky, a mysterious neon figure holds up gangly arm. So, understandably, the first word that comes to a viewer’s mind is “otherworldly.” But, this photograph was indeed made on planet Earth (with little aid from post-processing software, at that): 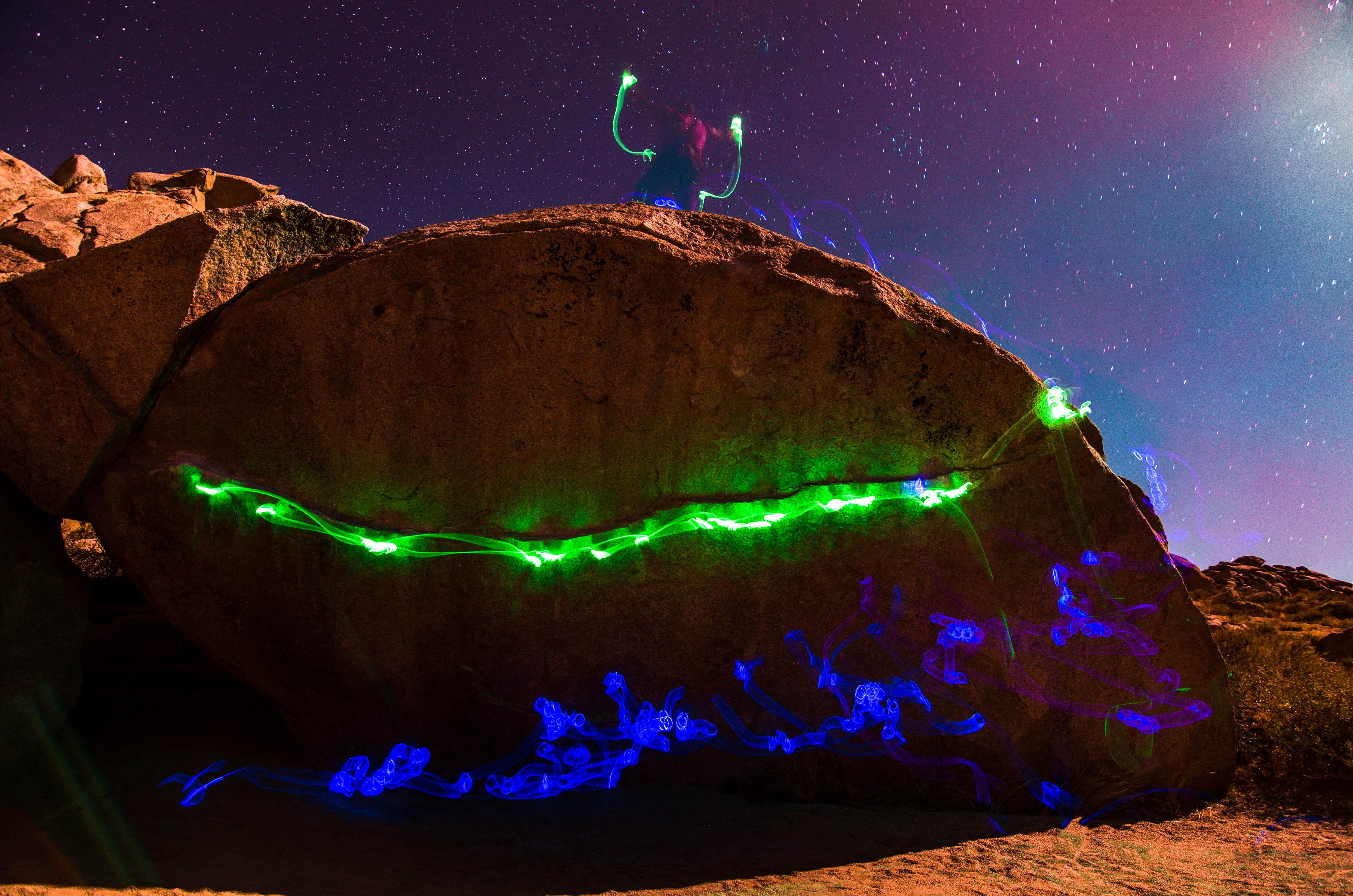 shatteredankle‘s image is actually the intertwining of two of the artist’s passions: photography and rock climbing. The frantic blues and lime greens streaked across the image are representative of the shimmying and shuffling of the climber’s body as he worked his way up to the peak of Iron Man Traverse, located in Buttermilk Country at the foothills of the Sierra Nevada mountain range.

Still not sure how the photographer managed to pull this picture off? The process, as it turns out, was actually quite simple. In order to capture his motion in color, shatteredankle attached glow sticks to his hands and feet before beginning his climb. From there, he took a 62 second exposure using a Nikon D5100 equipped with a Tokina 11–20mm lens. Moving quickly, shatteredankle didn’t stay in any one spot long enough for the camera to record his figure. However, the fluorescent glow sticks were bright enough to be registered on the camera’s sensor instantly, resulting in the illusion of the light emanating from the rock itself.

While it’s hard to take a bad picture of the majestic Sierra Nevada range, most photographers don’t stray far from the traditional landscape when working with such beautiful subject matter. The addition of artificial light, though seemingly small, is a creative and refreshing twist that sets this shot apart from the rest.