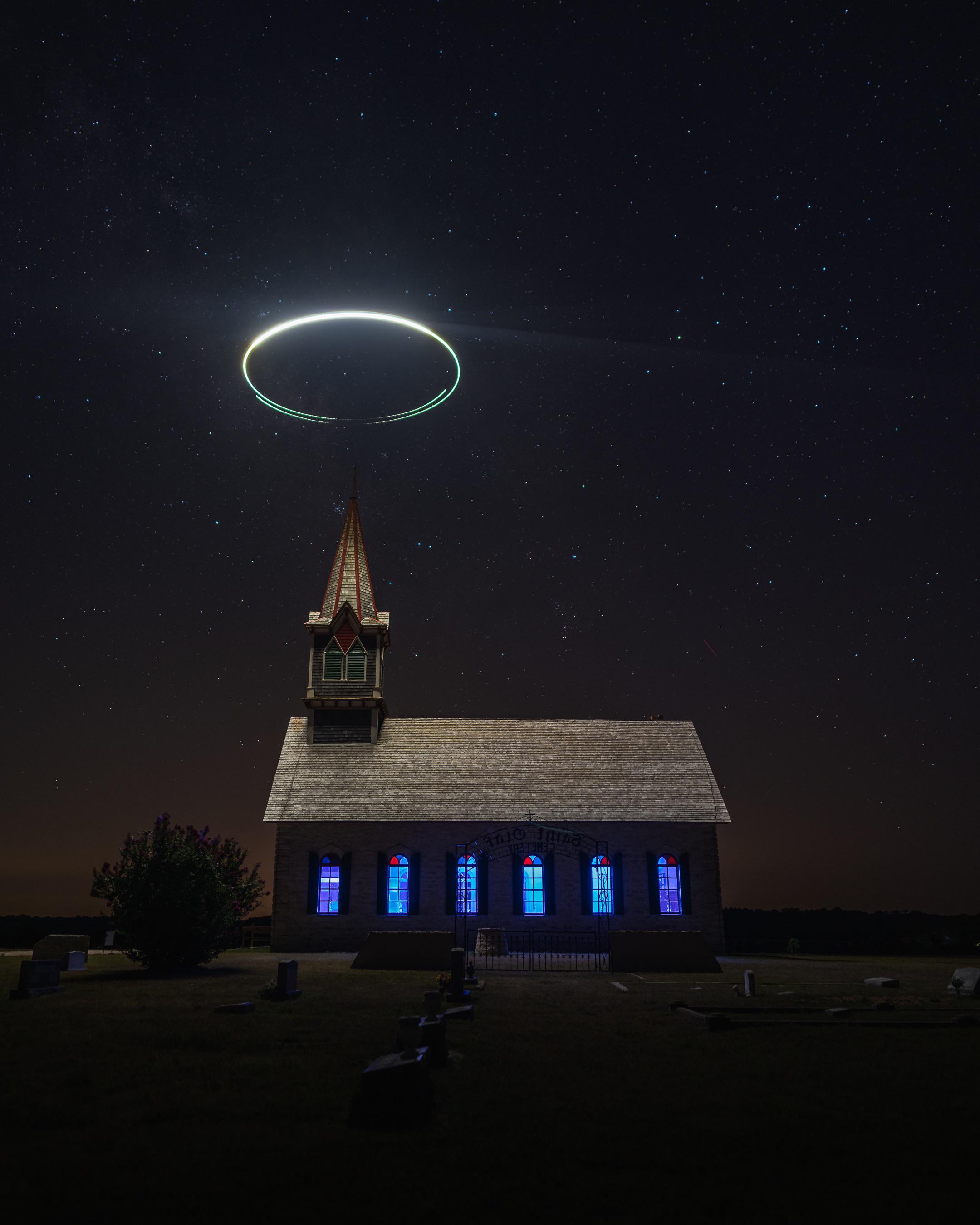 “Halo Created by a Drone above a Church” by Rudy Ramirez (Via Reddit. Click image to see full size.)

If you are curious about the halo-like appearance above the church, you might be surprised to know what it really is. It is in fact a Mavic 2 drone carrying an additional light. The drone operator moved it in a circular path during the 10-second exposure, which resulted in this fantastic light painting. It is indeed a clever use of tech to create the effect. Don’t you agree?

Interestingly, this image was not even planned for. Somebody else at this meetup brought their drone and Ramirez requested them to fly it around the church. The result is pure heavenly beauty. Besides the halo, the blue lighting inside the church adds so much to the image. In a way, the blue light completes the photo.

What Photographers Need to Know About NFTs

Interesting Photo of the Day: Suspension Bridge at Night

Interesting Photo of the Day: Surreal Portrait Through Fence