Photographer Christopher Mezzavilla had the opportunity to do a photo shoot with the Oracle biplane flying in tandem with F-18s from the Blue Angels in San Francisco: 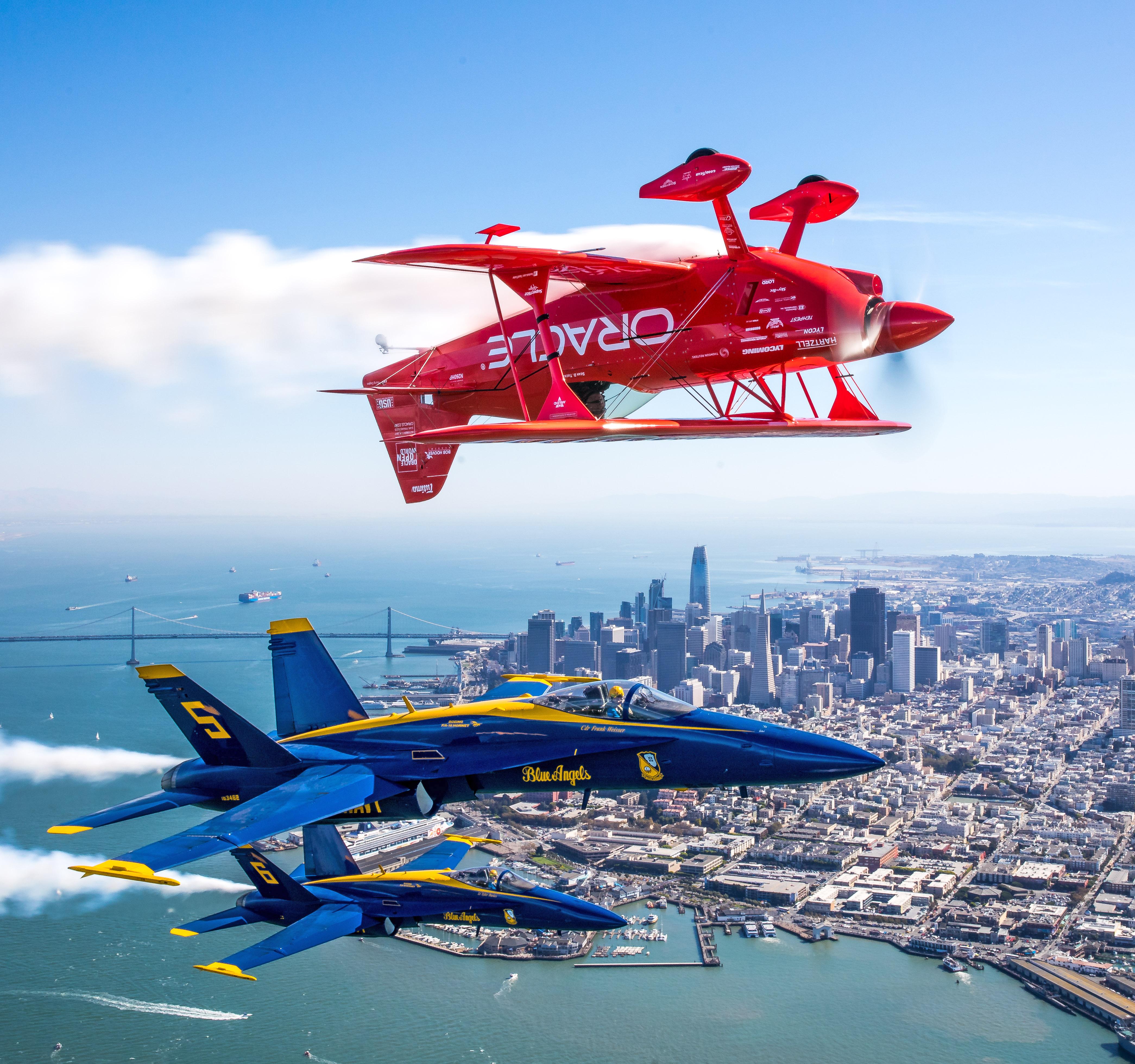 “I had the opportunity to do a photo flight with the Blue Angels and the Oracle bi-plane in San Francisco.” (Via reddit. Click image to see full size.)

The Oracle bi-plane is a custom designed aircraft that has been specially put together for stunt flying. It is claimed that the biplane can reach a maximum speed of 300 miles per hour and can produce more than 400 horsepower. The aircraft weighs about 1200 pounds.

Mezzavilla mentions that all the planes (including the one he was aboard) were flying in tandem for several minutes when this shot was made.

Now that’s a photo opportunity you don’t get every day!