Astro-photos are a great reminder of how we’re the equivalent of a grain of sand in this massive universe. Another cool thing about photographing bodies in space that are light-years away is that we are looking at light that originated millions of years ago. So, it’s like we are looking back in time. A time when there were galaxies being formed and destroyed at a massive rate. Astrophotographer who goes by the name of Xanthine_oxidase on Reddit posted the following image of a smaller galaxy NGC 5195 colliding with the magnificent M51 also known as the Whirlpool galaxy. It’s a small glimpse of how wild the world out there is: 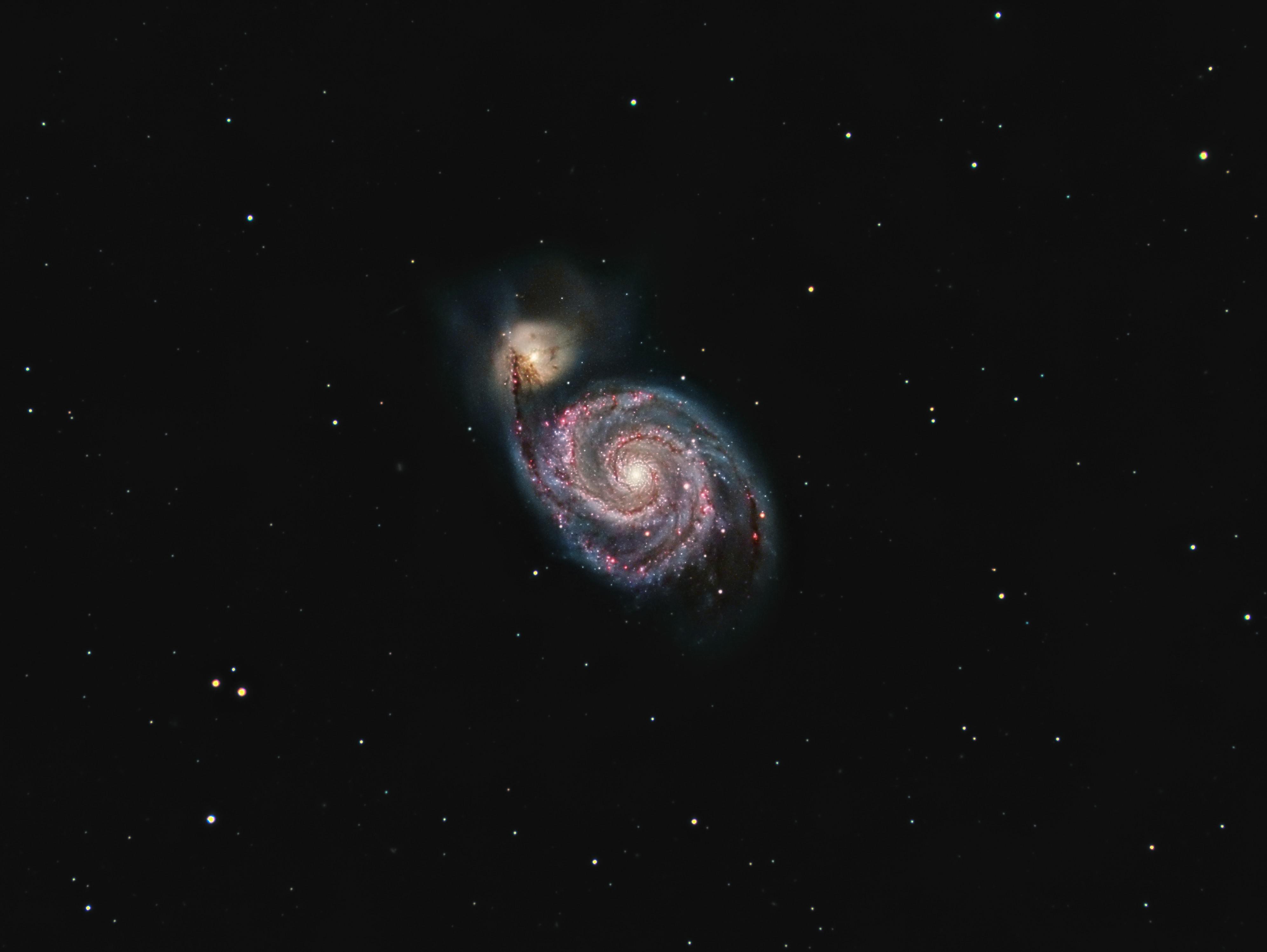 The photographer took the image over 5 nights with EdgeHD 8 optical tube assembly, .7x reducer lens on the SkyWatcher EQ6-R equatorial mount, ZWO off-axis guider with ZWO 290mm mini, and ZWO 1600mm cameras with EFW and ZWO LRGB filters. It’s quite impressive how he was able to capture such a detailed image of galaxies that are about 23 million light-years away, from his backyard.

Rightly called the Whirlpool galaxy, the shape of the M51 appears truly majestic. And interestingly, the smaller NGC 5195 is merging with the M51, the same way a whirlpool sucks in anything that gets close to it. The amount of effort that the photographer must have put in to capture this brilliant image is unmistakable.

How to Take Photos in Low Light

Avoiding Detail Overload as a Photographer

Interesting Photo of the Day: Surreal View of an Old Barn