Every now and then, Mother Nature reminds us that no matter how much we fiddle with photos in Photoshop or Lightroom, she can make better scenery appear around us. This particular photo was taken in Hamnøy, Norway, and it shows an Aurora Borealis formed over the night sky: 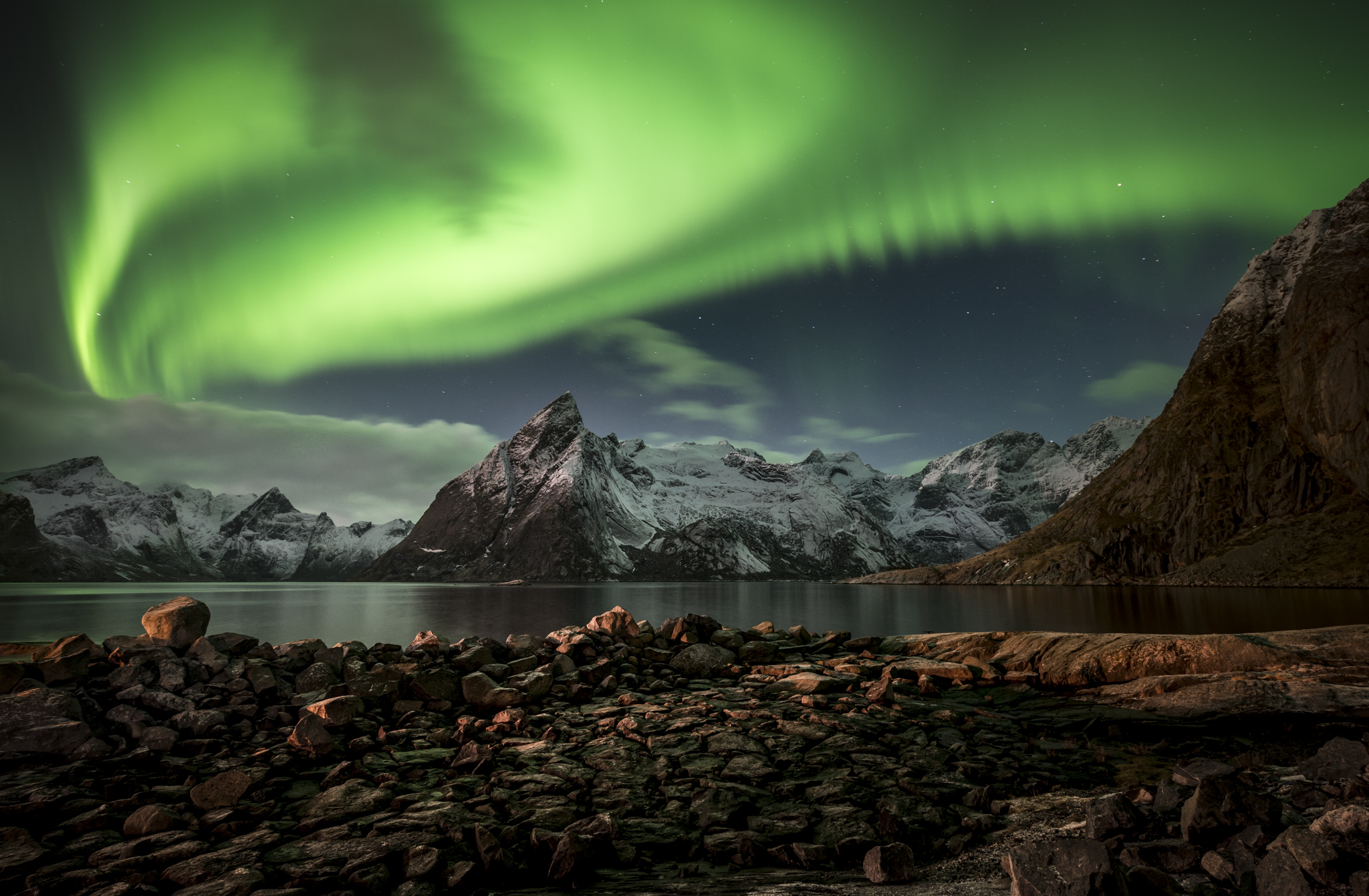 This phenomenon is caused by charged particles (mostly electrons and protons) that enter our atmosphere from above. This causes an ionization of the small molecules in the air, and the result is one of the most beautiful visual effects in the world. These auroras are known to occur in the northernmost and southernmost places on Earth.

The photographer, Lorenzo Montezemolo, says this was one of the last photos from his trip to Norway, taken not 100 steps from his front door. I certainly feel like this would be a great way to finish any trip!

One response to “Interesting Photo of the Day: Breathtaking Aurora in Norway”