Yosemite National Park is truly a piece of heaven on earth. It’s packed with some gorgeous landscapes that can sweep anyone off their feet. On top of that, there’s a surreal natural phenomenon that one can witness annually that’s simply mind-blowing. Every year, between February 12 and 28 (with the best window between the 18th to 22nd), one can see a spectacular natural show at Yosemite’s Horsetail Fall. Photographer Nikhil Shahi captured the show beautifully in this image: 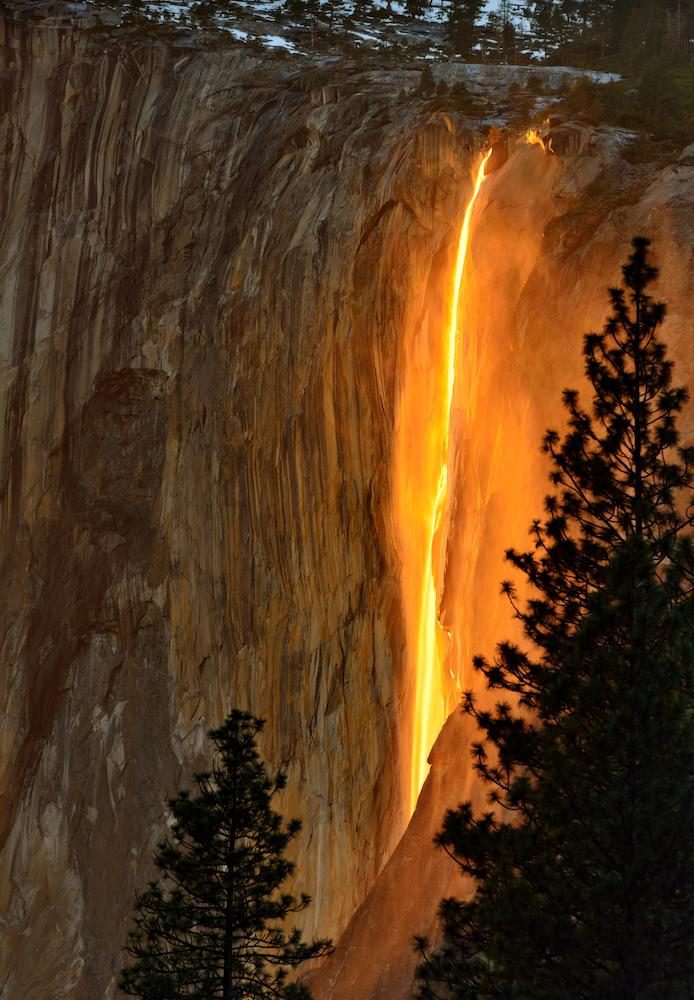 During this brief window, the sun’s angle is such that it lights up Horsetail Fall as if it were on fire. As the sun sets, the sunlight illuminating the waterfall gets narrower and narrower thanks to a ridge on the opposite side of the fall. As this happens, the light gets focused just on the waterfall, giving the illusion that the waterfall is on fire.

Shahi shot this image from the valley floor by the Merced River. The water doesn’t look like water at all—it’s more like lava flowing down the landscape. If you’re lucky and there’s more water than usual, the show gets even more spectacular to behold.

Have you been lucky enough to witness this event?