Interesting Photo of the Day: Rainbow Over Moraine Lake

Nature has beautiful ways of surprising us. One of its finest moments was captured by ggmomster. While the glacially fed Moraine Lake in Banff National Park, Alberta, Canada looks amazing in itself, it amazed the people around even more when a beautiful rainbow appeared over the lake. The view was so amazing that there was an audible gasp from the crowd: 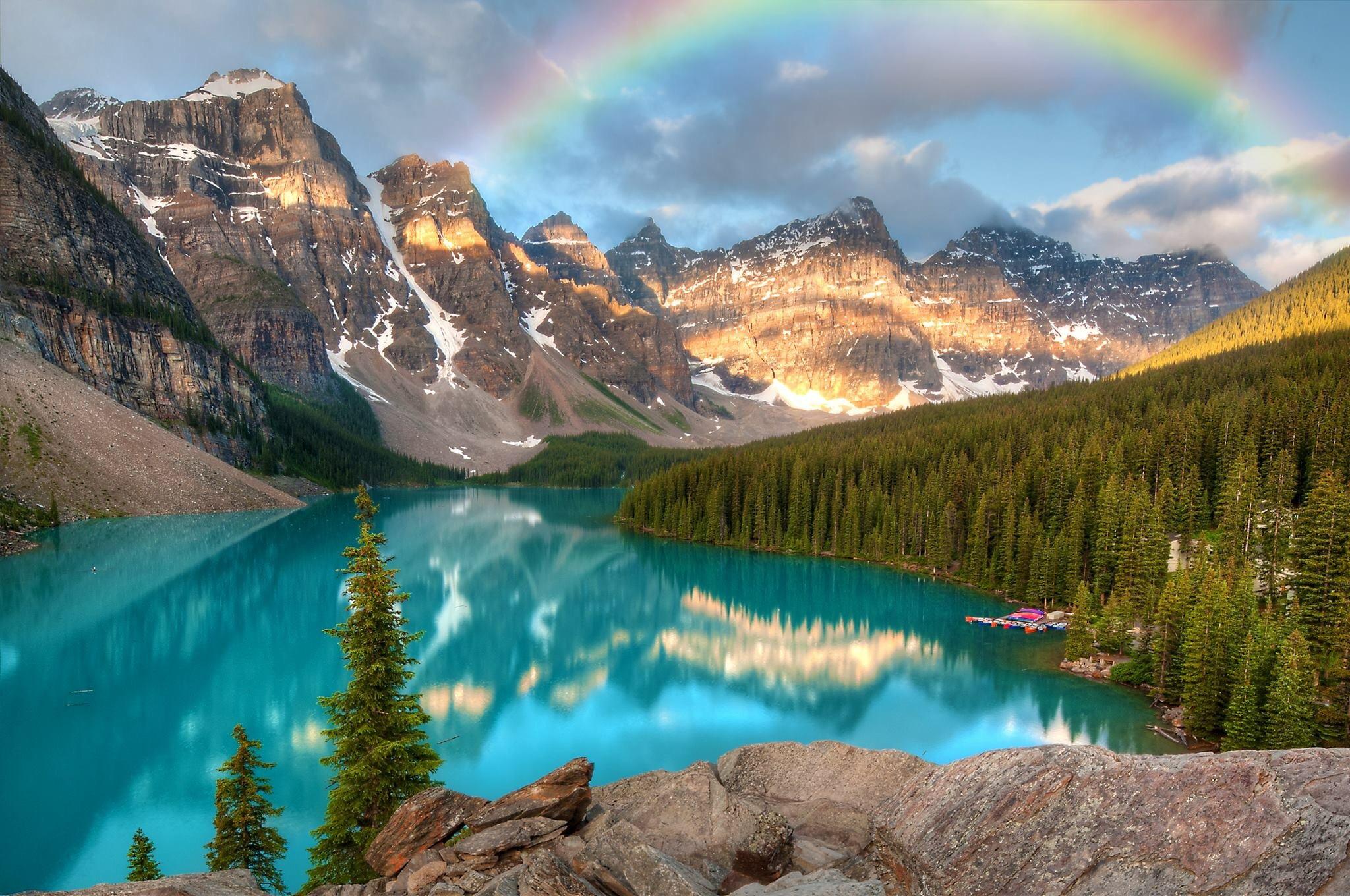 When asked why she decided to cut the top of the rainbow off, the photographer responded that it was a decision she had to take due to the number of people around her:

“This was tricky to frame. The rock was swarming with people. I had people below me, right next to me on either side – even a bride and groom doing a wedding shoot just to the left. It was nuts. I brought this out as wide as I could without including people, and didn’t want to crop out the foreground. Ultimately I liked the way it was framed and was happy with it given the conditions.”

If you’re around and want to visit Moraine Lake, she recommends that you get there super early. The parking lot is super small there and even when she reached it at 5:30am, it was almost half full. Also, it’s worth it to get there early to witness a beautiful sunrise.