Astrophotography can turn into a fascinating passion. It allows you to explore the magnificence that hides in plain sight amidst the dark sky. Of the most common magical phenomenon, taking photos of our own Milky Way and occasional meteor showers almost always hit the spot. In the following photograph, photographer Matt Dieterich was able to capture both of them on the same night over the beautiful Mount Rainier. The result is an image that’s truly out of this world: 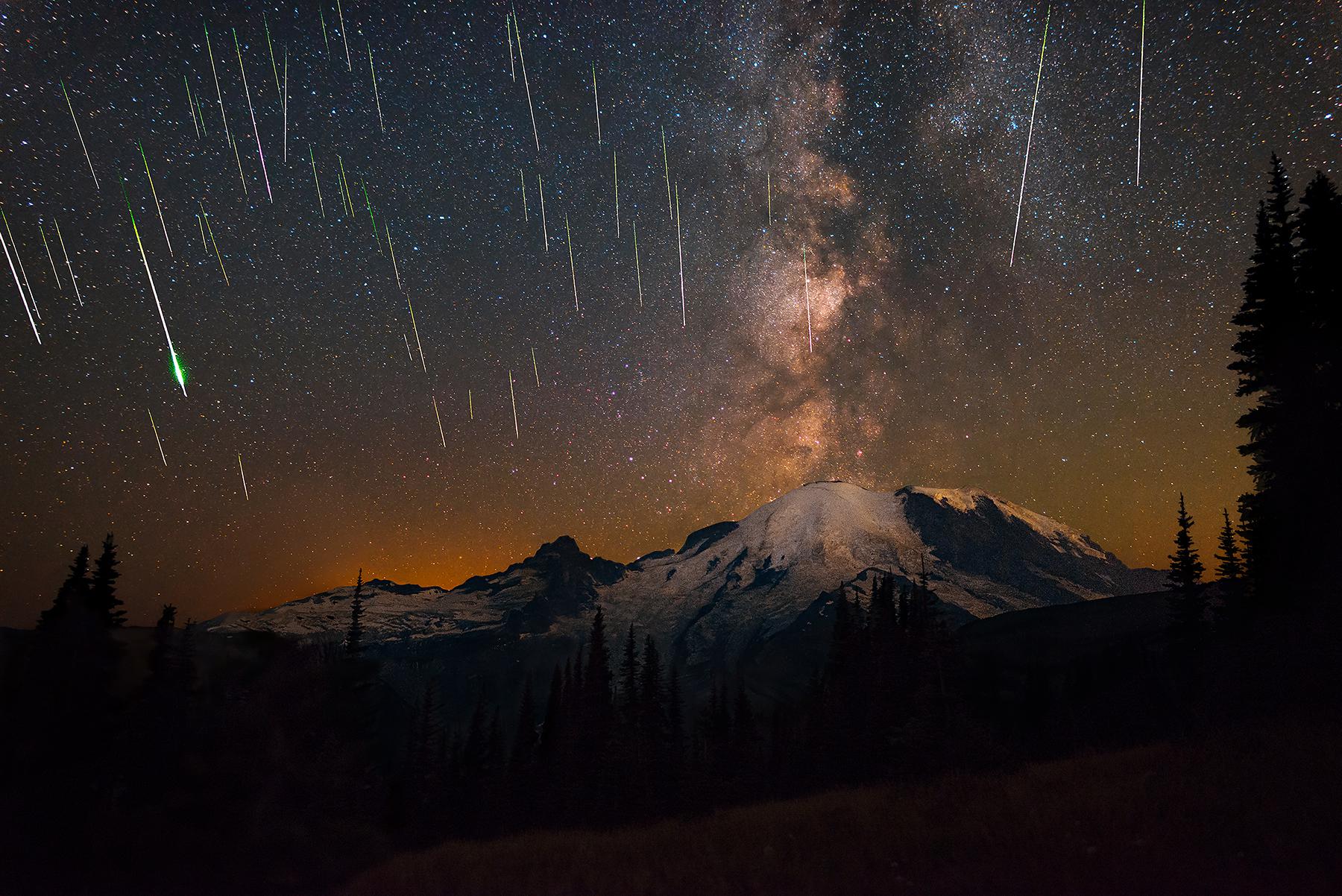 The image is a composite of over eighty images that he took using a Nikon D750 and 24mm f/1.4 lens. The images were taken at 24mm, f/1.4, ISO 6400, each at an 8-second exposure. He first shot the image of the rising Milky Way which beautifully aligned with Mount Rainier. He then separately shot the images of the Perseid Meteor Shower in timelapse mode for over two hours. To get the final image, he manually aligned the sky so the meteors were positioned in the correct location.

The composite has done justice to the lovely Milky Way with those feisty meteors raining down. Dieterich’s effort and time to create this image were well worth it in the end. Having the Milky Way aligned perfectly with Mount Rainier, it appears as if the volcano is expelling a bunch of magical stardust, and the bright meteors also seem to be the result of the volcanic explosion.

Isn’t this a dynamite shot? How do you feel about the image?