It’s fair to say that the technology and design behind modern architectures are quite cutting-edge. The complexity is reflected not only in the construction, but also in the aesthetics of any given structure. Take, for instance, the following image by photographer Robbie Swan of the Odenplan Train Station in Stockholm, Sweden: 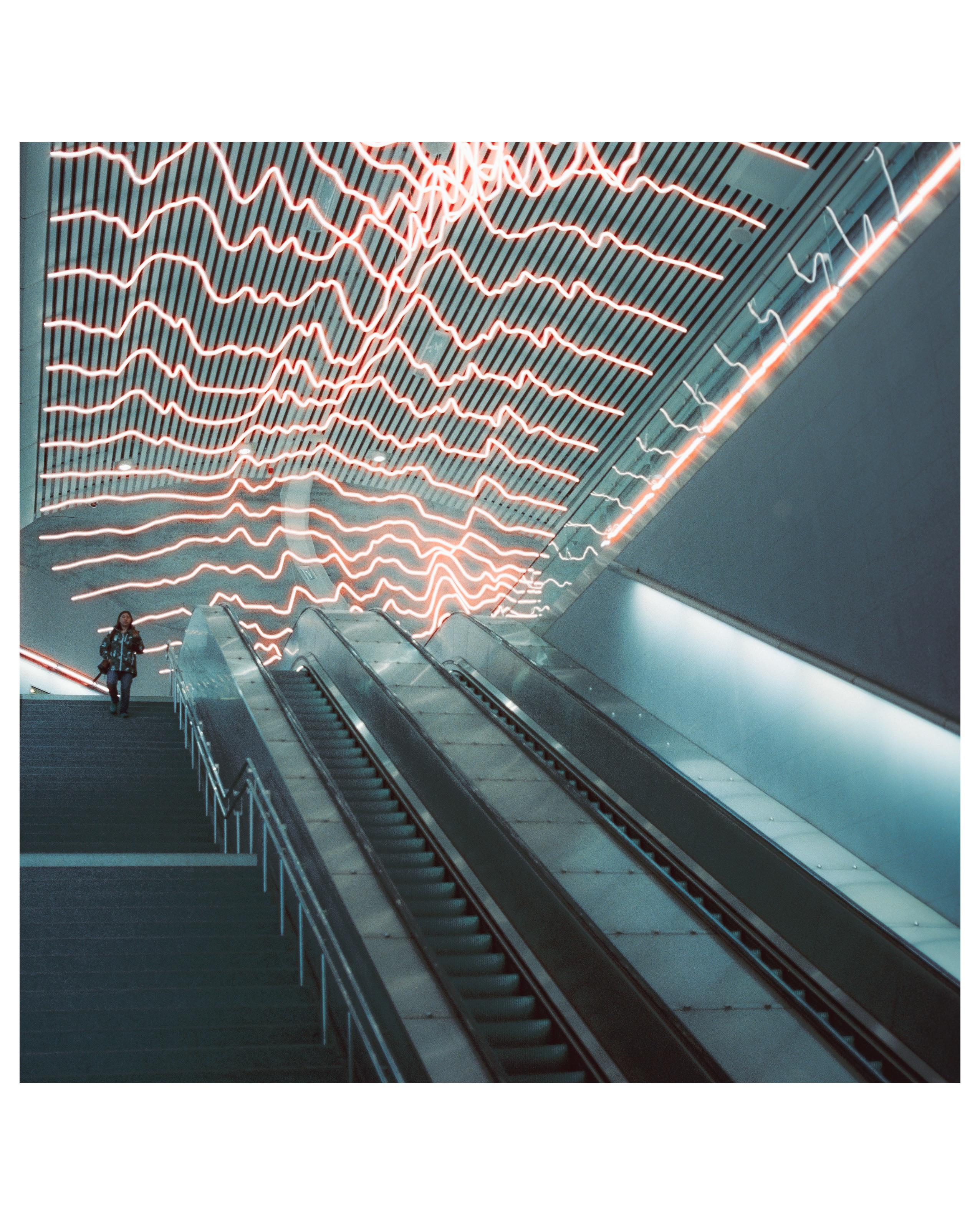 Swan shot the image with a Hasselblad 500CM and Zeiss Planar 80mm lens using the Cinestill 800T film at f/4 and a 1/125 shutter speed. If you know Cinestill films, they can look pretty gaudy. But looking at this image, you can tell he’s done a good job with the film.

The highlight of this image definitely has to be the artistic lights in the station. It’s beautiful how they stand out, as most part of the image flaunts a bluish tone. The lights’ jagged shape breaks the otherwise organized patterns on the stairs, escalator and ceiling, making the image more interesting to look at. Also, Swan has done an excellent job of conveying how grand the design of the station really is by including a person in his frame.

“My main goal of this image was just to convey the size of the station entrance with a human subject in the frame. I also like how modern and futuristic the place is.”