Using a frame within a frame is one of the classic ways in photography to compose a compelling shot. By framing the subject with another element in the shot, we can basically do two important things. First, it emphasizes the main subject in the image. And second, it adds a sense of depth in the image. This technique adds quite a good deal of value in the image which makes it one of the most used composition techniques. Photographer Marco Grassi shows us a brilliant way that he used this technique and the result is astounding: 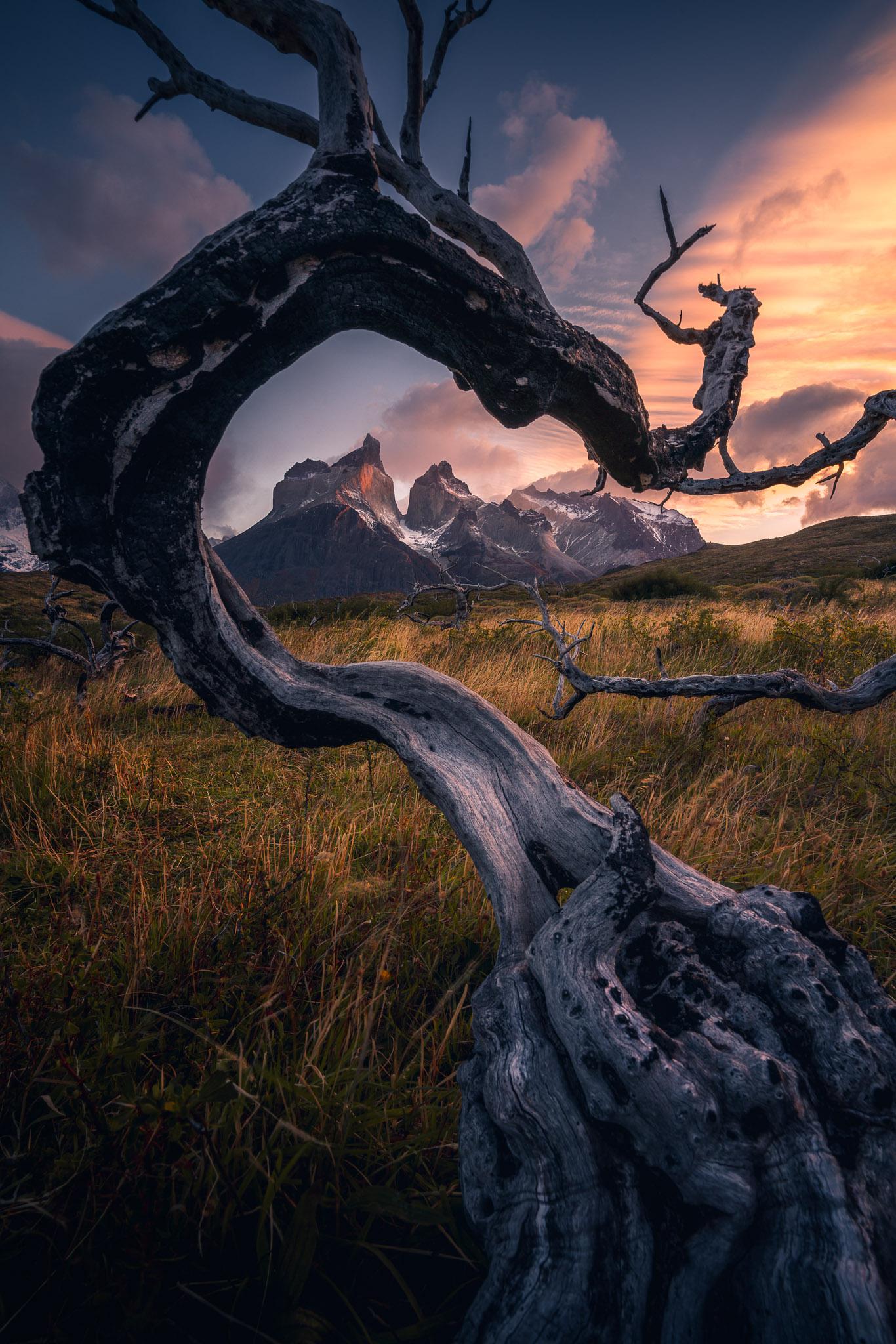 The image is a single exposure that Grassi took at 1/6-second exposure, f/16, with an ISO100 at 16mm. While you might think that he must’ve spent quite some time to find the composition, Grassi admits that it actually took him less than a minute.

“I shot it in literally less than a minute as I was guiding a photo tour and I was busy helping the participants. But that light was so good that I had to fire a shot.”

The curve of the tree does a brilliant job of framing the mountains in the background and also acts as a window to the mountains. Further, since he used a wide-angle lens to capture this image, it seems that the tilt of the tree has been emphasized quite a bit. The tree is thus acting as a compelling leading line further drawing the viewers into the image.

And as Grassi realized, the lighting genuinely appears brilliant. The setting sun has added a beautiful glow to the clouds, the mountains, the grass, and the tree as well. Hats off to the photographer for recognizing this amazing photo opportunity.