Interesting Photo of the Day: Lightning Over an Abandoned House

Lightning is often one of the trickiest subjects when working in photography. Unlike many other forms of photography, you only have one chance to capture your subject, and you either capture it, or you don’t. While it does have its difficult moments, lightning photography can also be one of the most rewarding. No one understands that more than Nebraska based landscape photographer Erik Johnson: 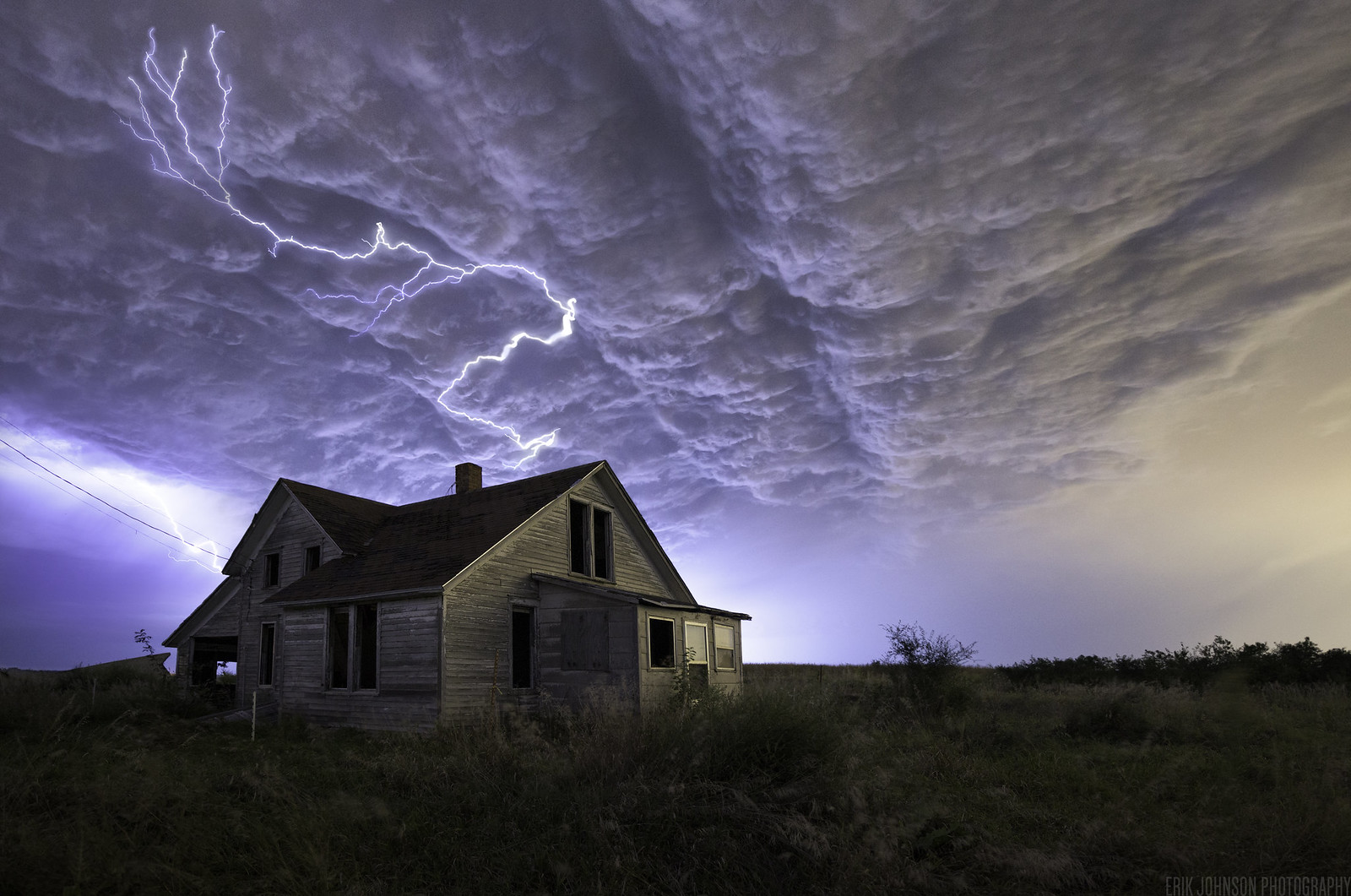 The final image is a composite of four separate frames taken near Denton, NE (located Southwest of Lincoln). He captured the images using a Nikon D810 with an attached 14–24mm f/2.8 lens and the following settings: f/4.0, 14 mm, 10 seconds, ISO 400.