Mother nature is undoubtedly an unrivaled supreme force – a quite temperamental supreme force. While she can be calm and pleasant one second, things can get violent and unpredictable the very next. But, sometimes those violently moody moments are the most mesmerizing, even if they aren’t favorable. Just have a look at the following image that photographer Justin Anderson took during a storm that hit Alberta, Canada: 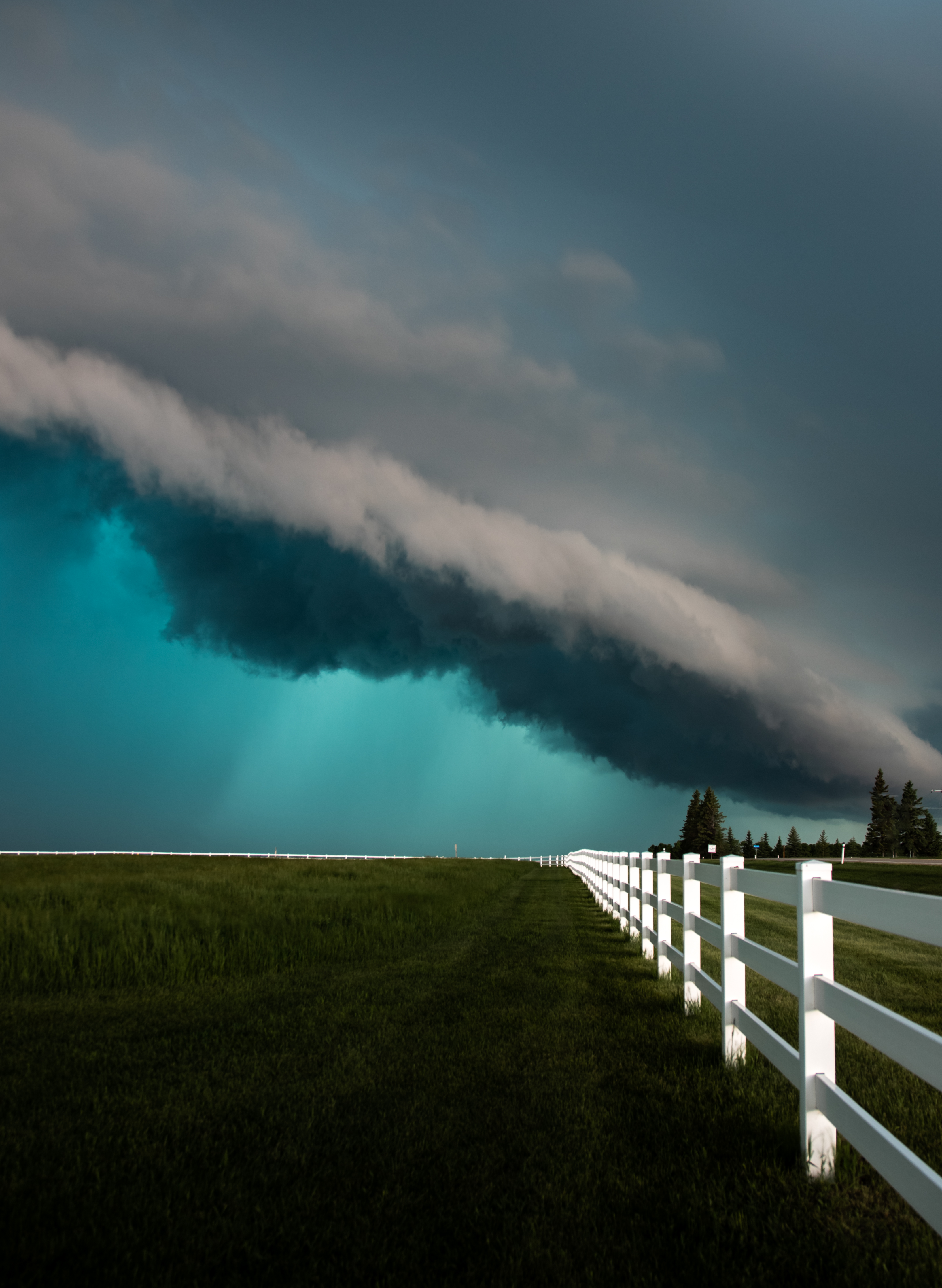 What immediately catches the eye is the aqua hue on the sky. It almost makes you feel like you’re looking into a pristine sea. Even the bright white fence acts as a powerful leading line to draw us directly into the blue sky. Then, there’s the shelf cloud that acts as a border between the beautiful contrast of colors.

“Whether good or bad, it’s beauty is second only to the cosmos which is truly unparalleled.”

While the photograph truly appears so beautiful and peaceful, being there in person must have been unnerving to say the least. This photo is so majestic, exciting, and scary at the same time. A fantastic capture by Anderson.