When we use filters by attaching them to the front of the lens, it can be hard to gauge its full effect. To get an idea, you could just hold a filter in your hand and shoot right through it. This way, you can get a better understanding of the filter’s impact. Photographer Luca Nicoletti did something similar, shooting London’s Canary Wharf skyline during sunrise. The result is just spectacular: 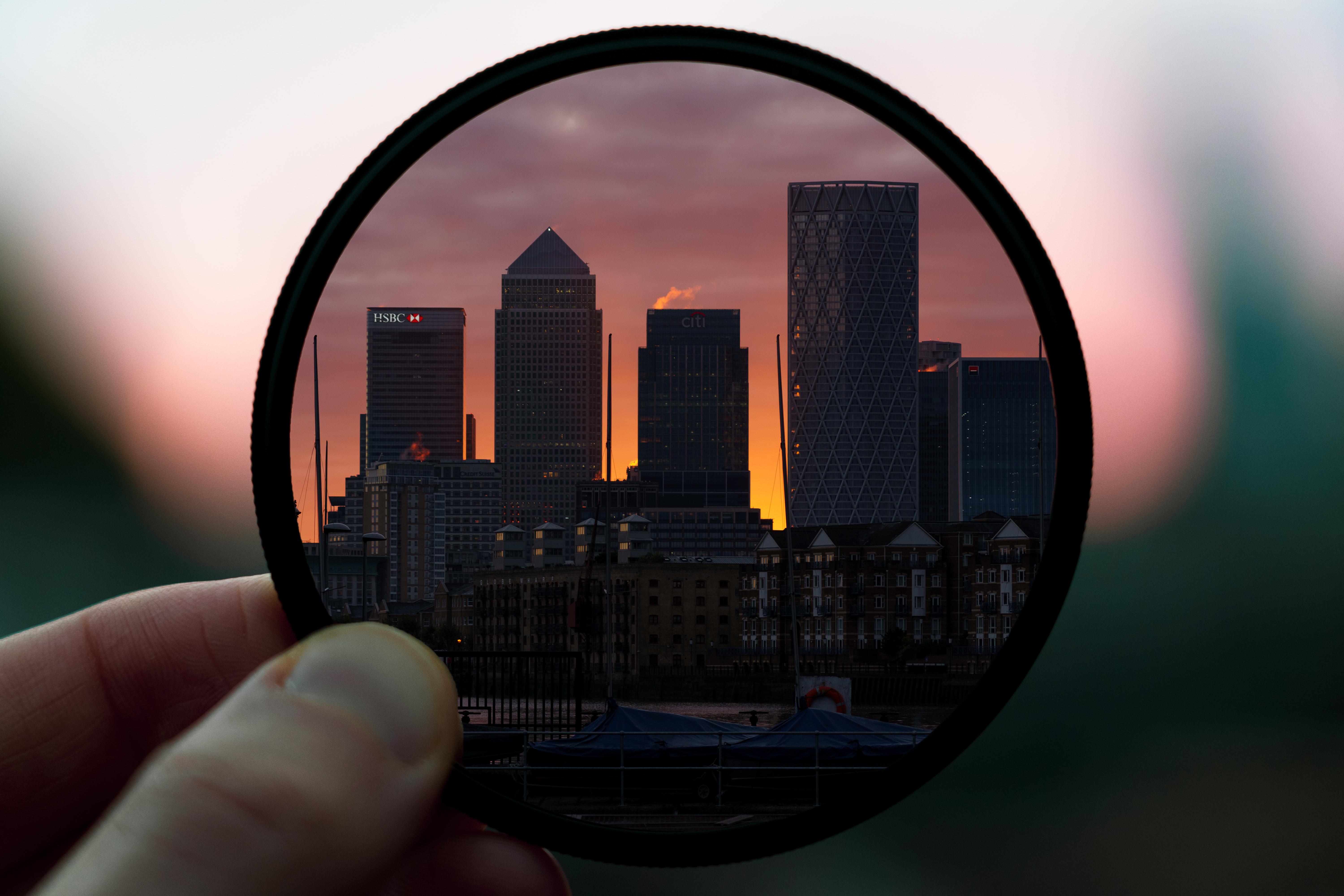 While the image appears to be taken with a single shot, it is in fact a composite of two images. Nicoletti took the images with a Sony A7III with the 24-105mm f/4 lens at 105mm. The first image was shot at 1/250 seconds, f/5 and ISO 500 with the filter in focus. The second was shot at 1/250s, f/4, and ISO 200 with the buildings in focus. He then quickly edited the two images in Lightroom and merged them later in Photoshop.

The crisp and detailed image of the skyline right in front of the blurry background makes the image so satisfying to look at. Anyone who wears glasses will know what we’re talking about. Also, since Nicoletti took the image during sunrise, we can witness the golden-hour magic taking place in the background sky. The glow of the horizon adds a wonderful touch to the image and draws the eyes right in.

Although this concept has been used by many photographers, we must appreciate how successfully Nicoletti has executed it. The details in the image, down to the exhaust shooting off a building roof, are truly mesmerizing.

Have you tried taking a similar photo?