The Portland Japanese Garden is considered to be one of the most authentic Japanese gardens outside of Japan. Built in 1963 to commemorate the friendship between Japan and the United States, the garden is a haven of tranquil beauty in all four seasons. A Japanese maple tree was planted there in 1968; today, it has grown to be one of the most photographed trees in the world. Photographer Nicholas Morris shot the following image of the tree to showcase its splendor: 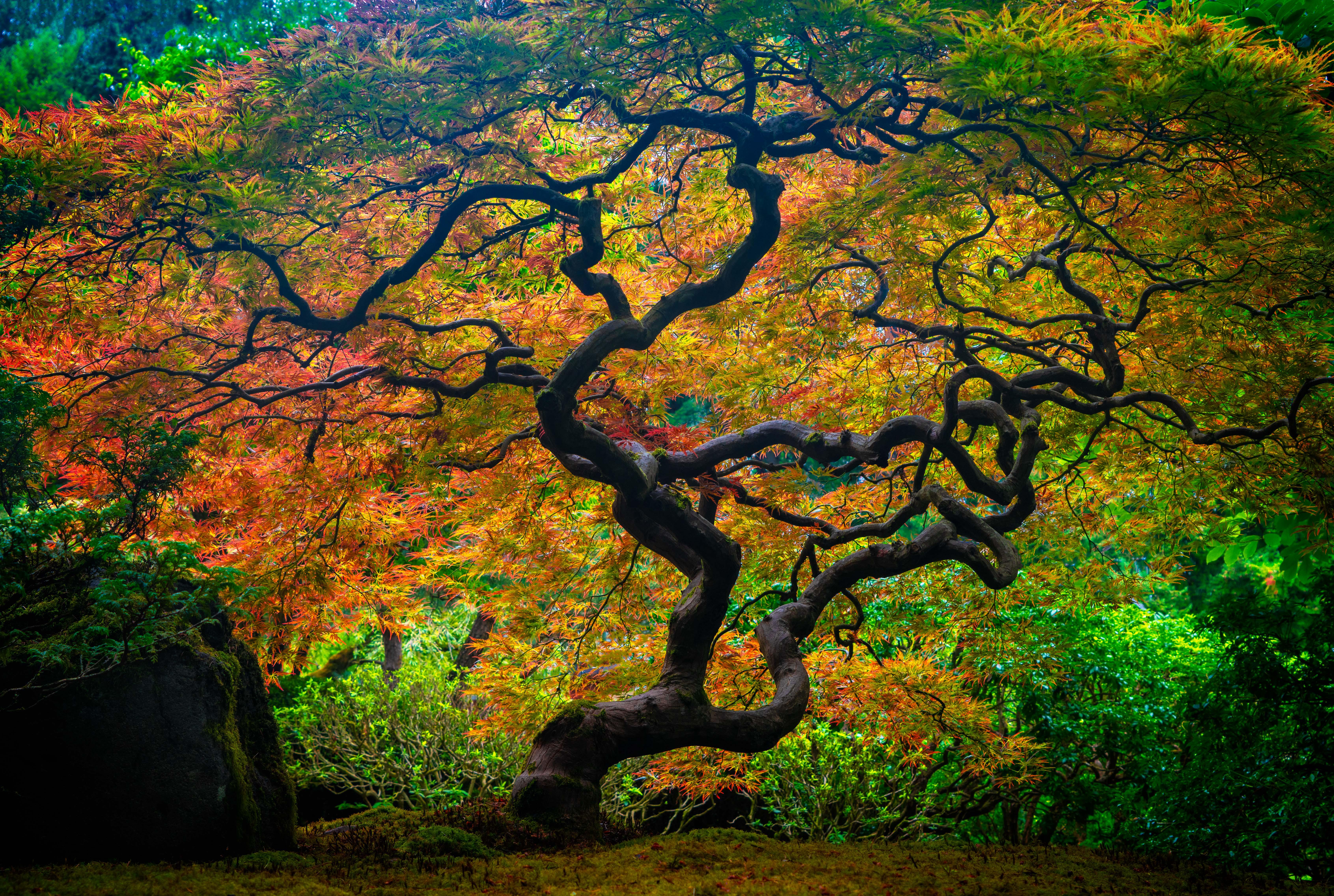 Morris shot the image using a Sony A7RIII from a narrow staircase where he kept having to pick up his tripod to let others walk past him. Nevertheless, the image has come out spectacular and has a couple of talking points.

“Contrary to popular belief, this type of maple tree is actually fairly small. It was only about eight feet tall or so.”

The immediate thing you’ll notice is how branched out and wavy the shape of the tree is. One could even confuse it with an aerial shot of a river system. The variety of colors are also inherently fascinating.

The frame composition and masterful lighting manipulate the sense of spatial dimension, adding mystical power. This also draws viewers right into the image. It is truly an extraordinary shot.

Don’t you feel like resting under this tree? Let us know.