Interesting Photo of the Day: Above Lombard Street at Night

Lombard Street in San Franciso is famous for a steep, one-block section with eight hairpin turns. The famous one-way block on Russian Hill between Hyde and Leavenworth streets is claimed to be the “most crooked street in the world.” It also happens to be so picturesque that it attracts around two million visitors per year. Photographer Gary Cummins was able to take the following long-exposure image of the area during the night, and the result is simply incredible: 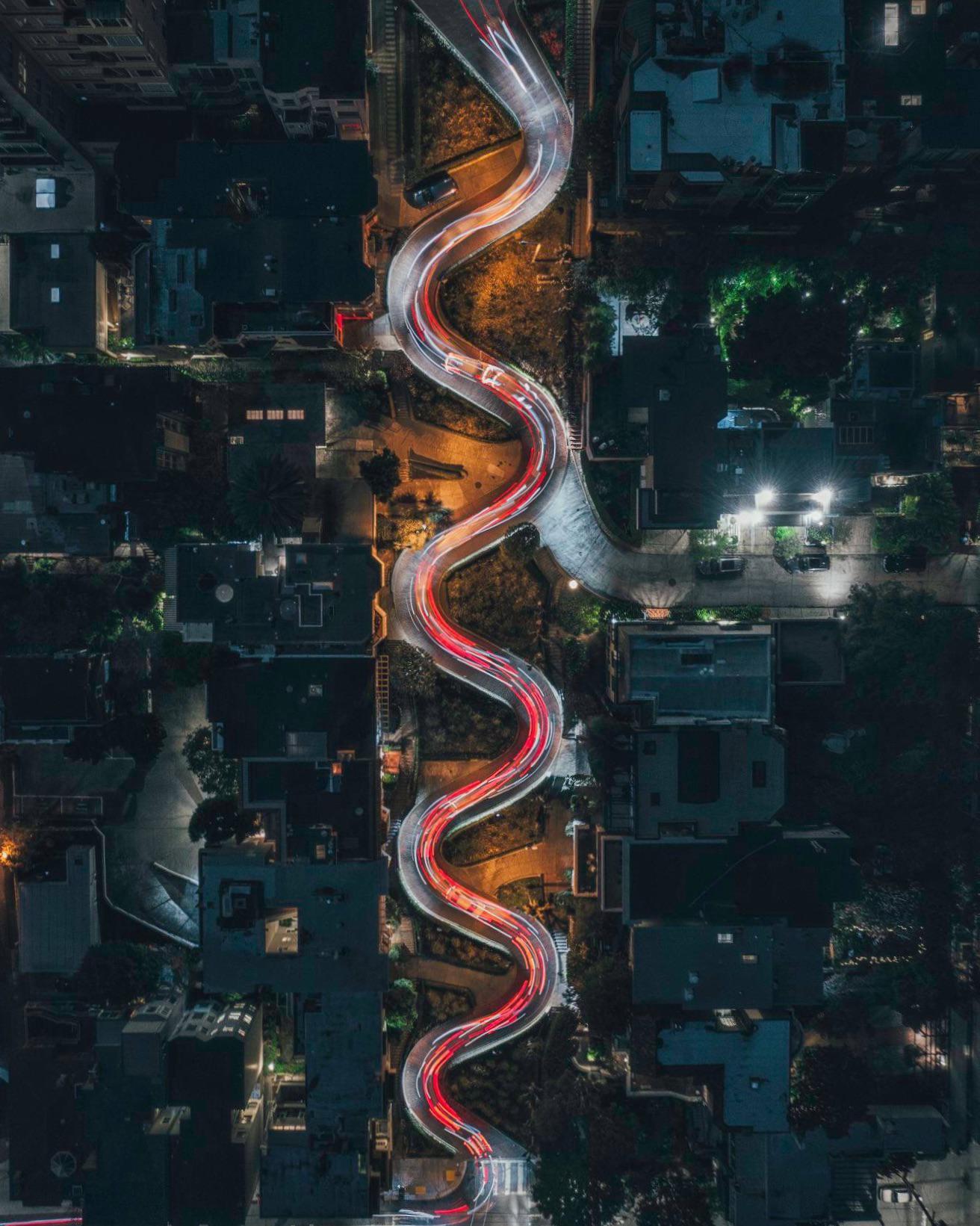 Cummins took 25 exposures, each two-seconds long, and blended them together to achieve this final image. What better time than the night could he have chosen to emphasize the twisting, winding roads? The vehicles’ beautiful light trails with their blend of red and white create a spectacular highlight along the curvy section of road. Whether you view the image from the bottom-up or top-down, the curves make it equally appealing and engaging.

And since this is an aerial shot, you cannot tell the inclined nature of the road from this perspective. In fact, the 600-foot-long stretch goes down a steep hill and has a recommended speed of just five miles per hour.

Have you driven down Lombard Street? If so, how did you like it? Let us know in the comments below.