Interesting Photo of the Day: Setting Moon in Oregon

When composing a photo, we often find ourselves spending too much time deciding what to include in the frame. We forget that the best images are the ones that are minimal, and convey a strong message or evoke certain emotions. This is where patience, planning, and creative thinking comes into play. Take for instance the following image by photographer Jerad Armijo. It appears simple, there’s not too much going on, yet the pleasure you get while looking at it is unmatched: 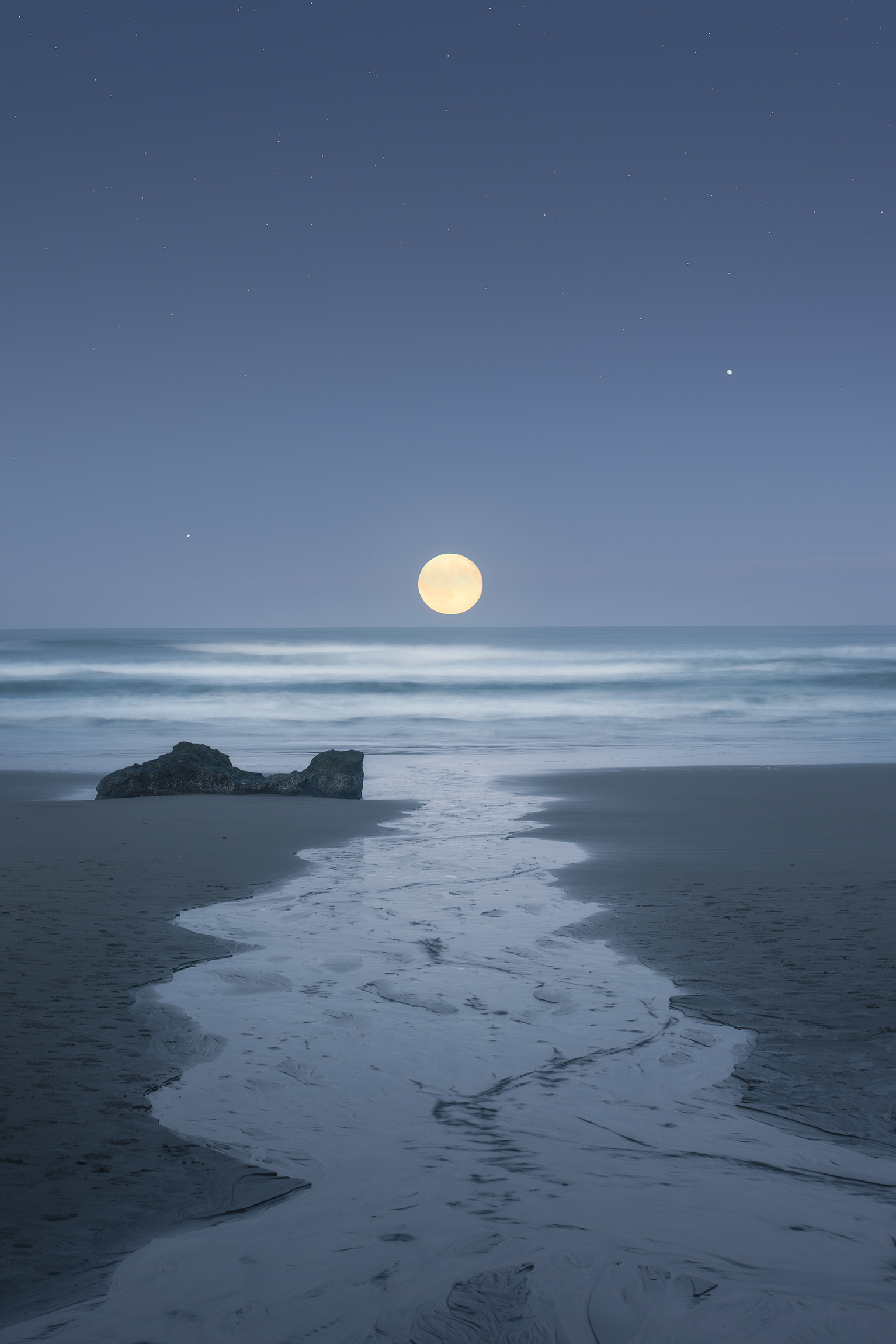 The image is a blend of multiple exposures that Armijo took with the Nikon D810 and the 200-500mm lens. He shot this image on the Oregon Coast during the late blue hour while the moon was setting.

It’s amazing how the image is able to evoke a sense of tranquility. Everything about it is so calm and peaceful. Thanks to the monochromatic color palette used in the image, it’s very soothing to look at. The composition is also spot on. The stream of water in the foreground works as a compelling leading line drawing the eyes right into the ocean and then to the bright, yet calm moon.

“After photographing this, I sat on the rock in the photograph and watched the moon set. It was so nice and peaceful.”

Due to the compression produced by the 500mm lens and the lack of shadows, the image appears somewhat flat, as if it’s some kind of a painting or a scene straight out of a video game.

Indeed a brilliant job by the photographer.

Rescuing an Average Landscape Image with the Tone Curve