Interesting Photo of the Day: A Flock to Mont Saint-Michel

Mont Saint-Michel is one of the most visited places in France, and for good reason. It’s fascinating how the tide changes rapidly here. During high tide, Mont Saint-Michel appears as though it were hovering above the water; in the right conditions, it creates a mirror reflection. During low tide, it’s surrounded by sand, allowing tourists to observe it from a different vantage point. Reddit user Sheeplehearder was walking around the island and fell in the water before taking this splendid image of Mont Saint-Michel: 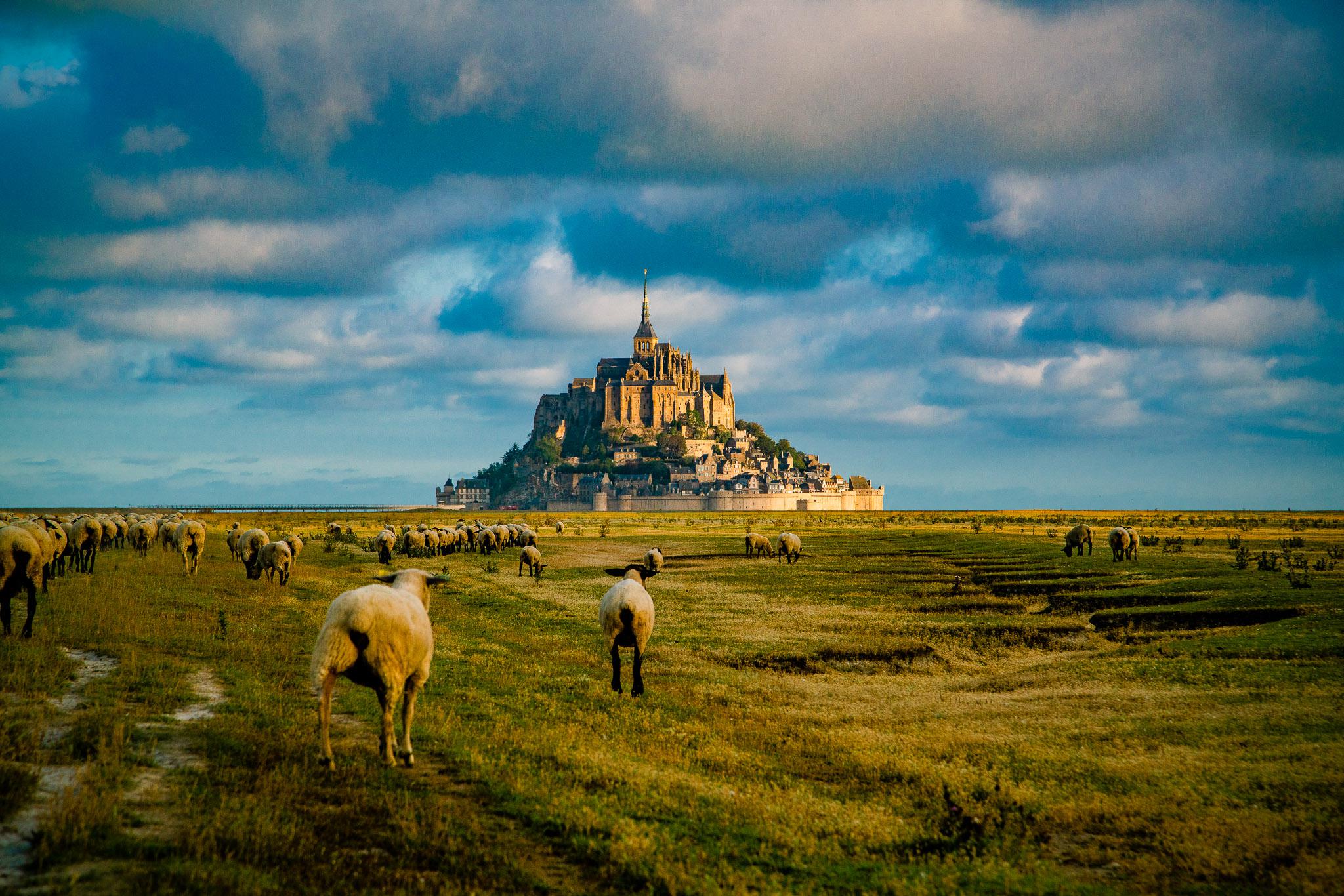 The photographer was making his way to his ideal vantage point when he fell in a pool of water formed during high tide. Although his camera and lens took a bad hit after the fall, he was able to salvage this image.

“This is nowhere near what I wanted but the sheep added a whole other dimension I wasn’t expecting.”

While Mont Saint-Michel is magical in and of itself, it’s the sheep that make this image. With the sheep turned towards the mount, it gives the feeling of anticipation, as if something might’ve happened there, or is about to happen. If nothing else, visually, they act as a leading line, drawing viewers right into the image. And while Mont Saint-Michel stands beautifully lit in the mid-ground, the interesting cloud patterns in the background further add to the beauty of the location.

The color tones in the image, although unnatural, give a different personality to the image. As if it’s a screenshot out of some video game.

Have you been lucky enough to visit the place?

One response to “Interesting Photo of the Day: A Flock to Mont Saint-Michel”