You’ve most likely seen timelapse videos that show the transition from day to night or the other way around. But imagine how cool would it be to see the night stars and the rising sun in the same frame. Night sky photographer Mike Ver Sprill shared this fine example: 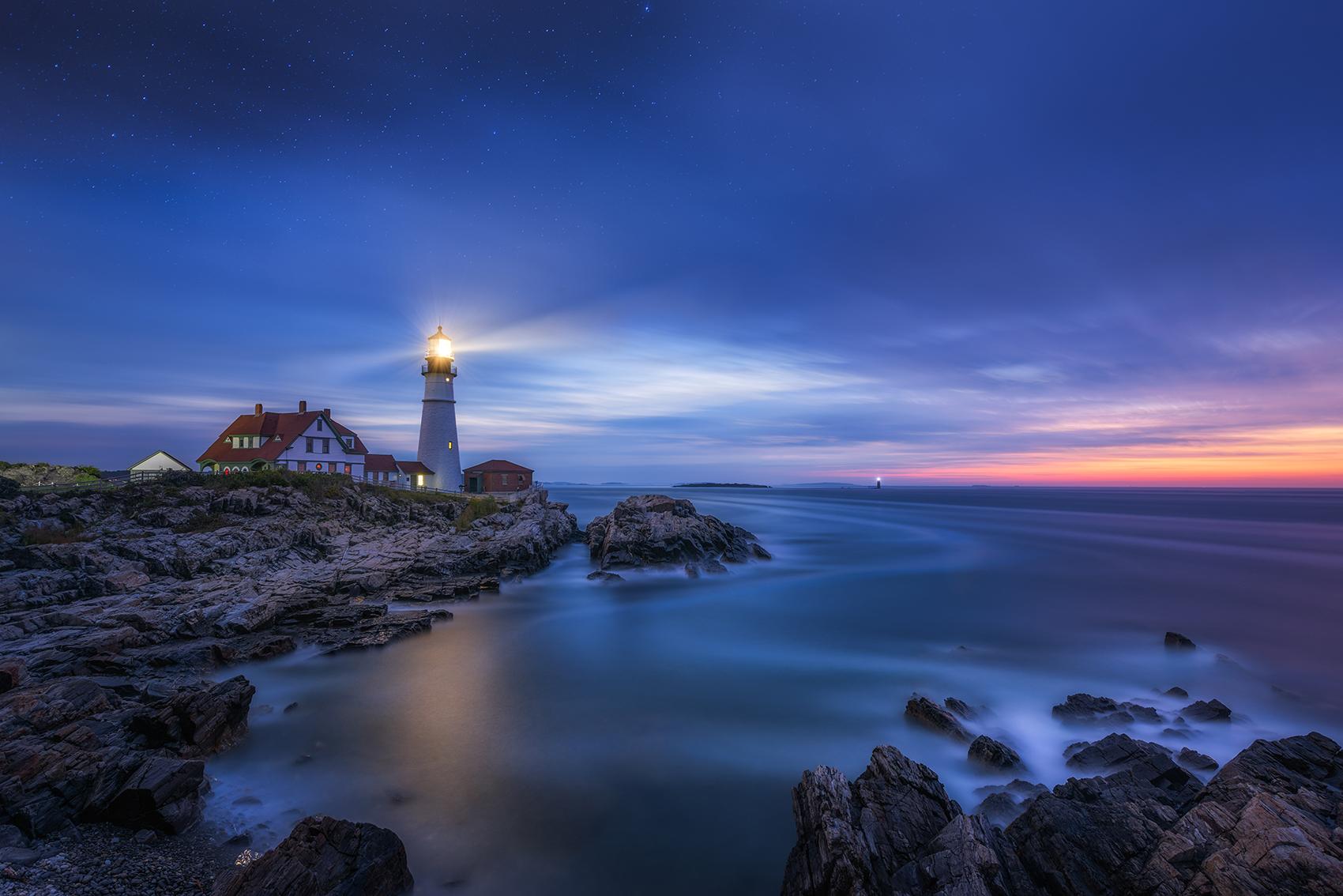 The starry night sky on the left, the colorful dawn sky in the right, along with the popular Portland Head Lighthouse and the dreamy ocean water all combine to form a beautiful composition. The image is a result of stacking multiple exposures and then masking out selected regions in Photoshop.

“I woke up around 4am to head over to Portland Head Lighthouse. I wanted to capture a ‘night to day’ type photograph, unfortunately the skies were not cooperating too well. I definitely want to go back on a clear night to make another attempt, but I’m still pleased how this image turned out.

The Portland Head Lighthouse is one of the most photographed lighthouses in the US. But that doesn’t make this image any less amazing!