Interesting Photo of the Day: Night Sky Above Mt. Rainier

Astrophotography interests many photographers because of the technical equipment and methods involved, exclusive locations, and shots such as this one. For example, this photograph required merging shots of the foreground with images of the night sky. This can be done with a star tracker and photo editing software, but it just goes to show how much preparation and work goes into capturing a night scene of Mt. Rainier in Washington state: 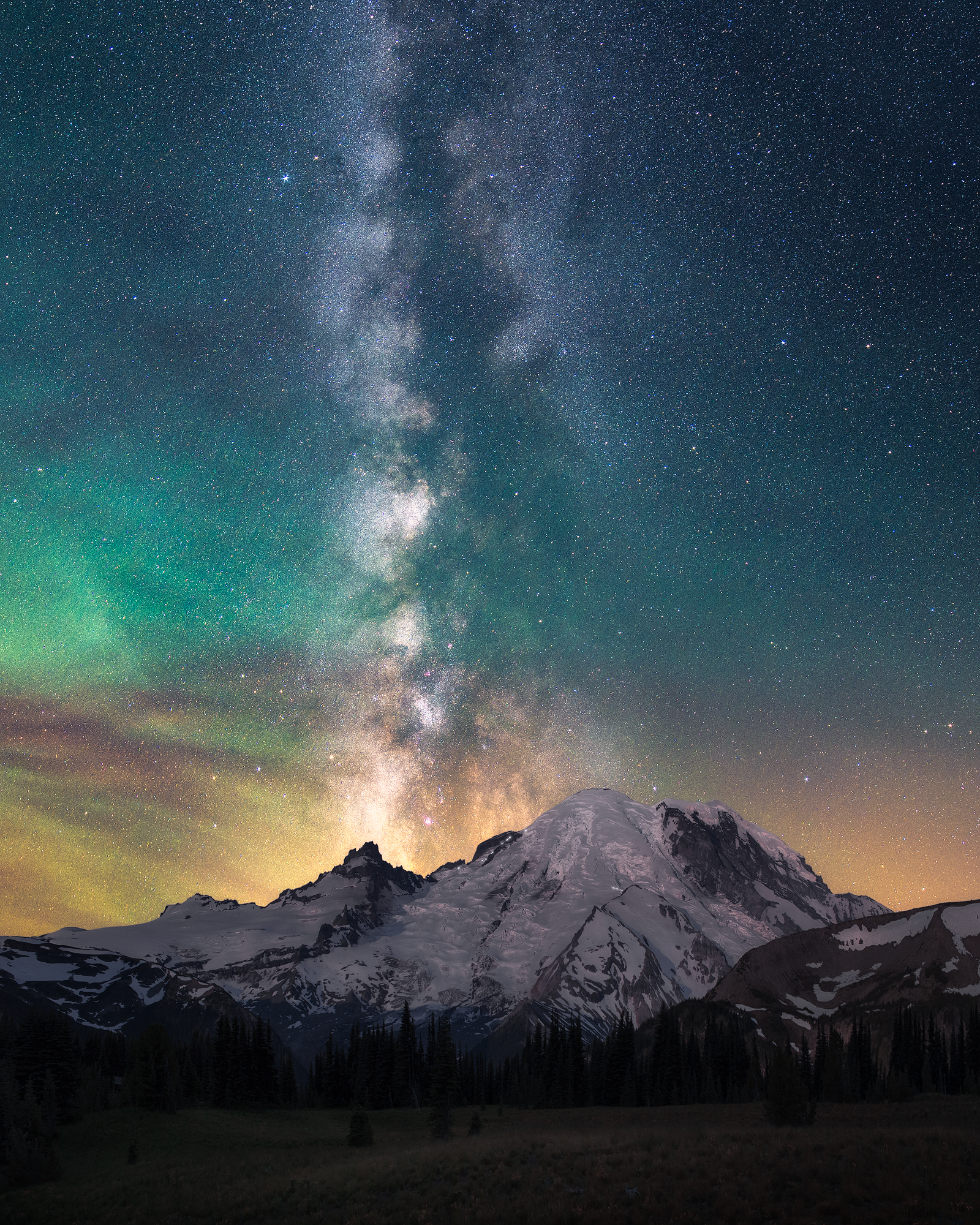 “The Night Sky Above Mt. Rainier On A Clear Night” by Ross Schram von Haupt (Via Imgur. Click image to see full size.)

Washington photographer Ross Schram von Haupt captured this awesome vertical shot of the night stars above Mt. Rainier. In order to do so, he stopped at the Sunrise Visitor Center nearby and arranged the shot around 2am, just before the moon started rising. He cropped and aligned the photographs afterwards to correct the size and placement of the Milky Way, since he used two lenses with different focal lengths. Von Haupt used a Nikon D610 camera with a 14mm Rokinon lens at 14mm for the stars and a Samyang 24mm lens at 24mm for the foreground. The 180-second foreground shot was taken at ISO 2000 at f/4.