Interesting Photo of the Day: Milky Way From the Oregon Coast

It can be hard to imagine how minuscule we are as far as the universe is concerned. But if you want a visual reminder, try looking at a photo of our very own Milky Way. The following image taken by photographer Chase Dolan is an excellent reference. Just have a look at it, and you will get a quick sense of the grand design beyond our control: 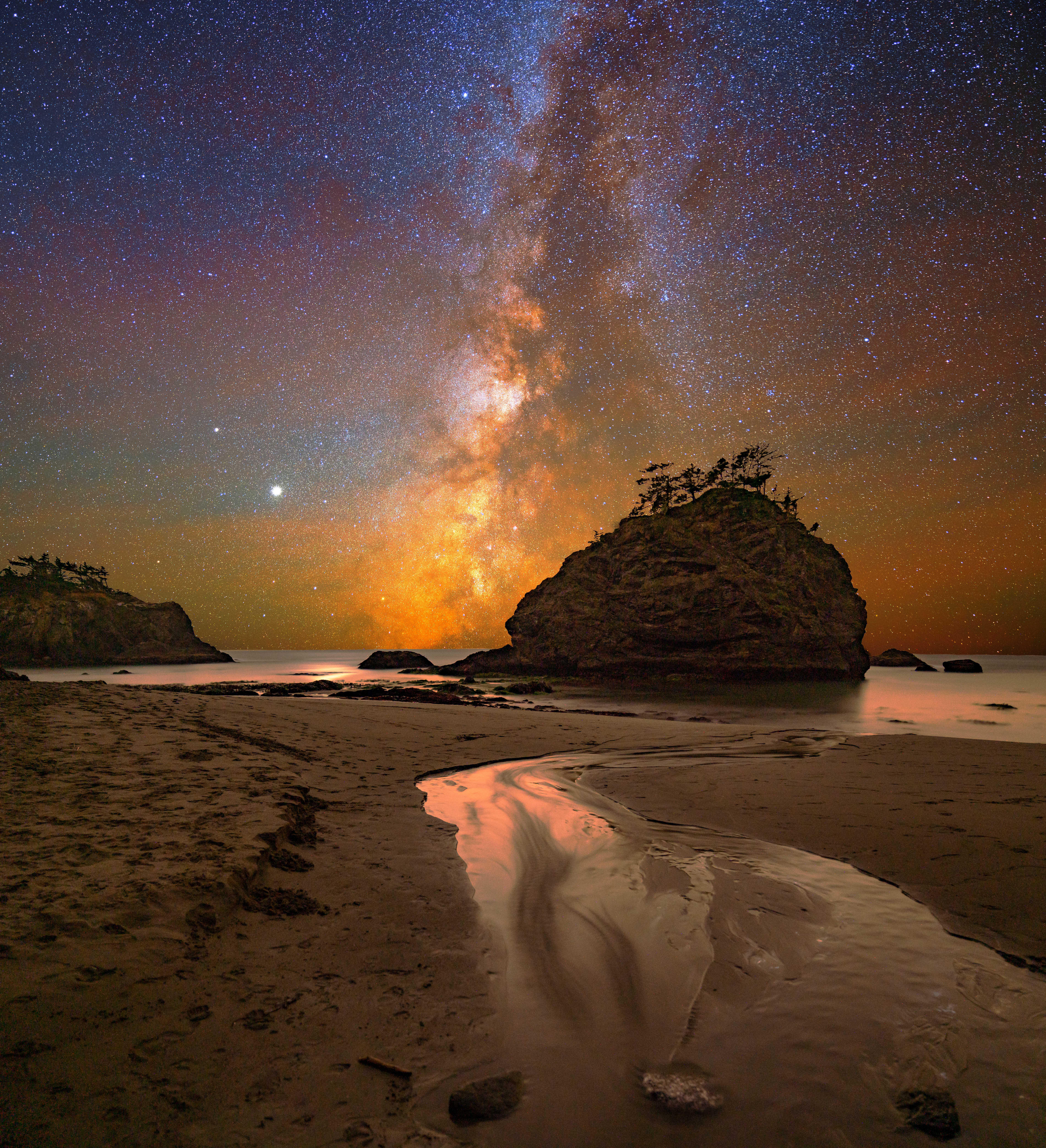 “I had been wanting to shoot the Milky Way along this stretch of highway in southern Oregon all season long. Thankfully, I ended up making it out there just in time!”

Luckily, he was able to get this shot on the final evening of the galactic core being out for the 2020 season. Had he missed it, he would have to wait a full year to capture it. Talk about timing.

The details, the colors and the composition of this image are all exquisite. The puddle of water on the beach works beautifully as a compelling foreground drawing viewers right into the image. Plus, the rock in the midground is a great subject for context. Of course, the sky as the background is definitely the hero of this image. It appears like the stars are pouring down from the galactic core into the ocean causing a fiery mess.

If only we could see stuff like these with our naked eyes.