Interesting Photo of the Day: Golden Morning in Florence

Mornings are a great time to walk around taking photos. The same holds true not only for photographing landscapes but also for cityscapes. When the sun hangs low it provides a perfect opportunity to photograph the city in a phase that most people don’t often get to see. Besides, the soft light adds a touch of magic and makes the entire scene appear mystical if you catch it at the right moment. The following image by photographer Michael Sidofsky is an example: 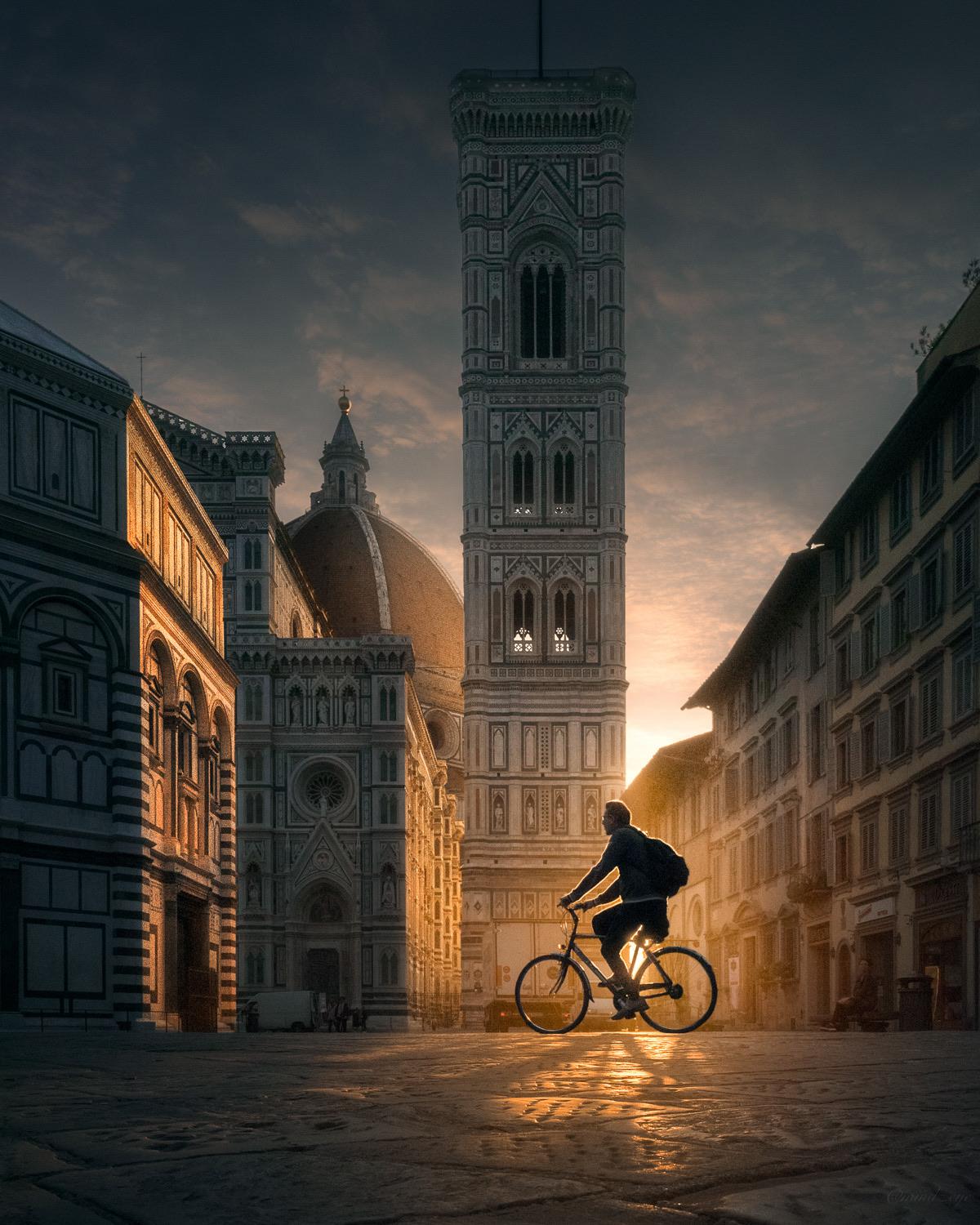 The image is actually a composite of two images that Sidofsky took. He chose to do this in order to capture the high dynamic range in the scene. He took one bright image and then a dark one, and selectively blended in light from one image on top of the other. This also allowed him to shape the lighting in the scene and draw the eyes toward the cyclist with more control.

“I use this technique whenever I have good light in a file and want more of a dramatic look.”

It’s also worth mentioning that he had to wait patiently in order to get this shot. While the sun was peaking through the building, he took a bunch of shots when and happened to capture this exact image with the cyclist passing by – the decisive moment that really make this image. And the morning glow has set a beautiful mood to the already beautiful city of Florence. Sidofsky has truly encapsulated the spirit of the city in this photograph.

All in all, the image is a beautiful mix of old and new, bright and dark, color and desaturation. Truly an artistic approach by the photographer.