Interesting Photo of the Day: A Clear Night Over Lost Lake 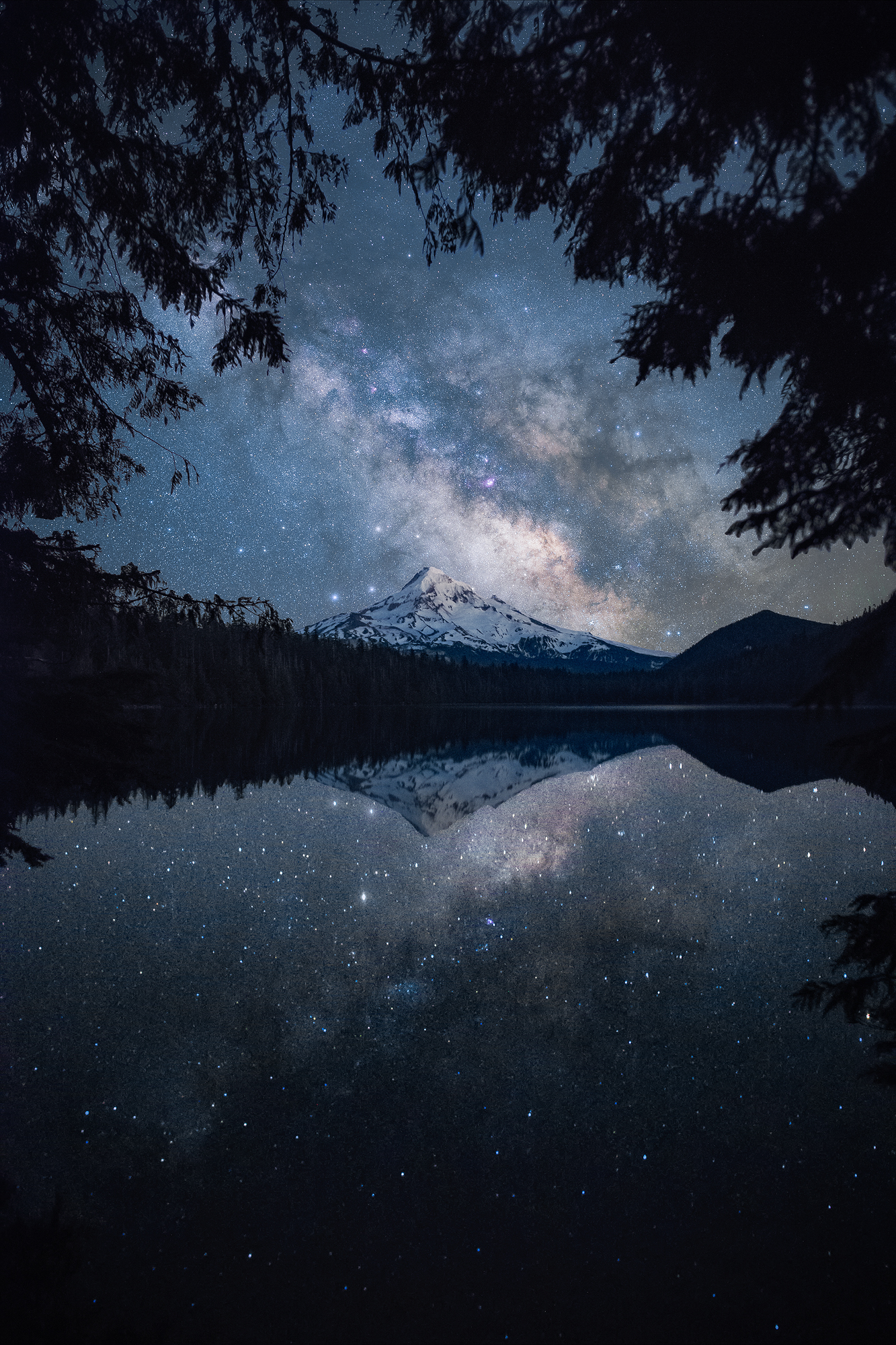 Photographer Ross Schram von Haupt was attracted to Oregon’s Lost Lake due to its lack of light pollution as well as its spectacular views of neighboring Mt. Hood. Nevertheless, as beautiful as the scene was on its own, more went into this shot than a simple snap of a shutter.

Here’s what went into this picture:

Once all of the components were captured, the images were processed and stitched together using Lightroom and Photoshop.

Nature is incredible. And now, with a little help from our cameras, it’s possible to see and appreciate it all in greater depth than ever before. Schram’s shot proves just that, taking a breathtaking view and reshaping it into something truly magical.