The two risked their lives, as no harnesses or other safety precautions were taken other than planning around the weather. After spending two hours scaling the building, they were forced to camp out on top for 18 hours while they waited for better weather to begin the descent. They blogged about their harrowing experience via LiveJournal and shared the stunning images you see below: 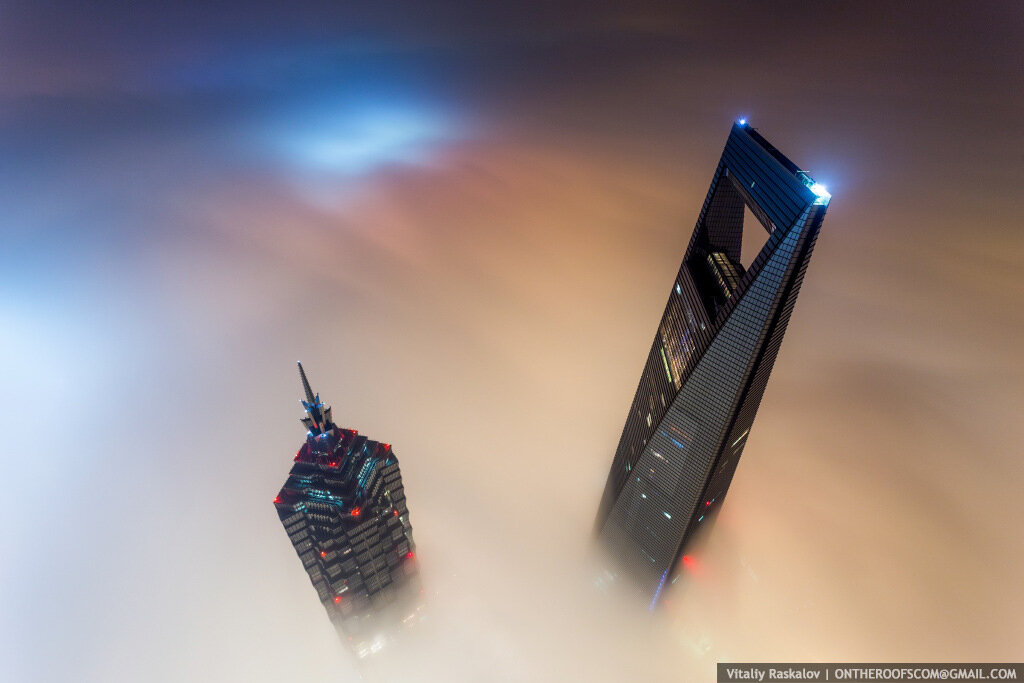 JinMao tower and Shanghai Financial Center (people call it “the bottle opener”) as seen at night during the climb. 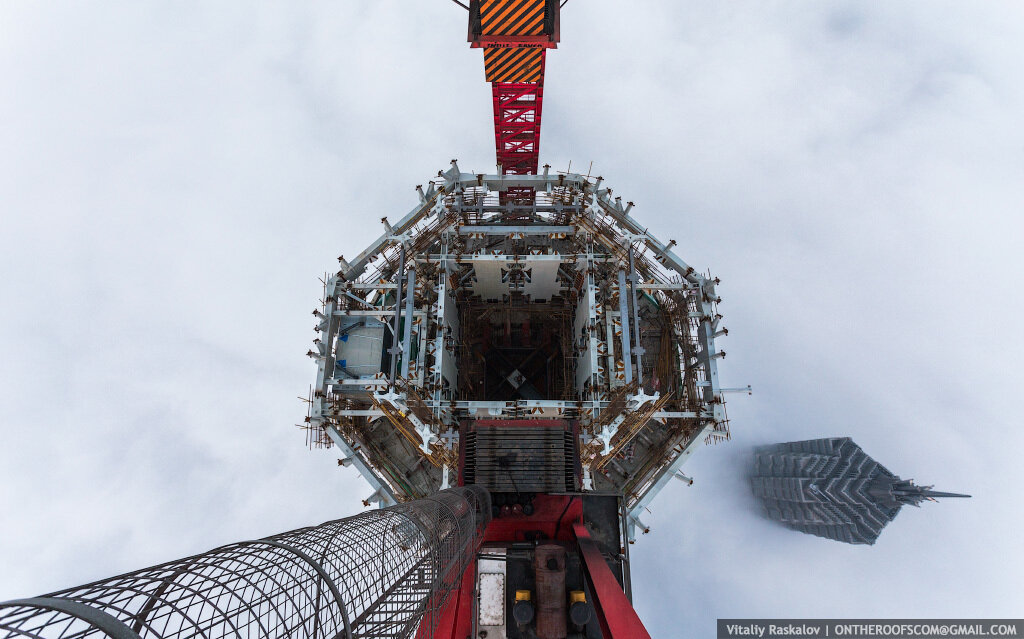 Looking down at the clouds. 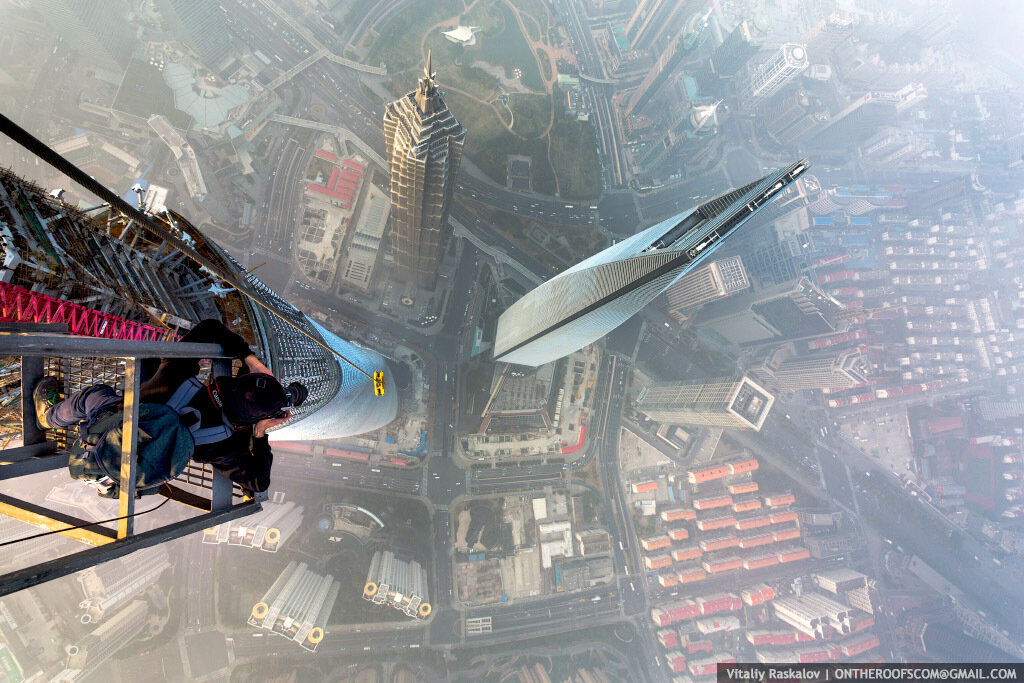 Photographing from a precarious position. 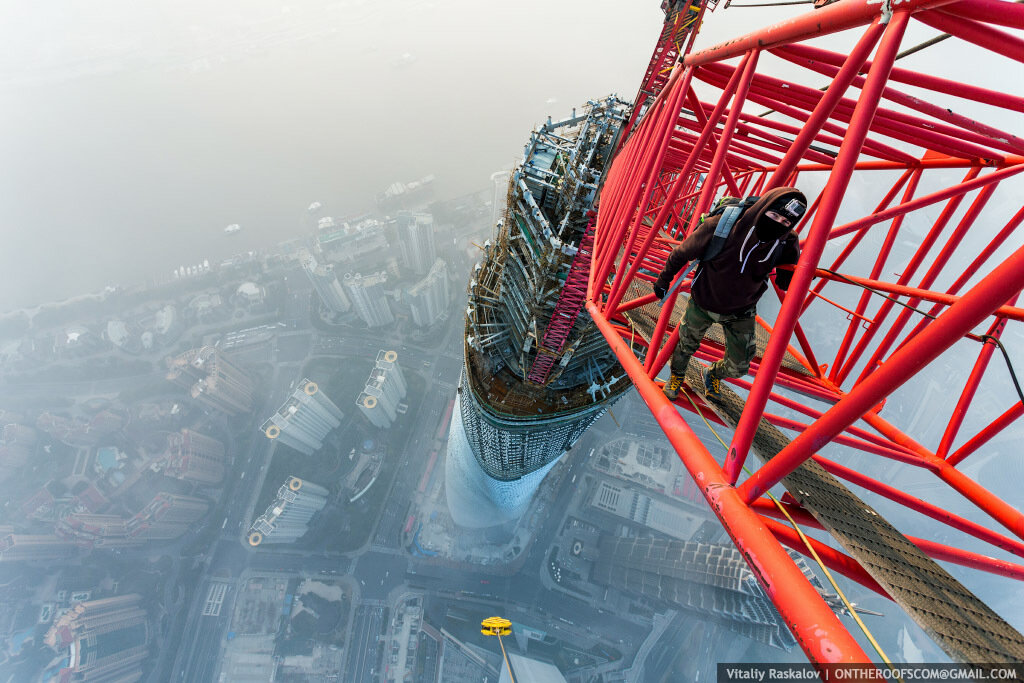 Vadim Makhorov climbs the second tallest building in the world.

In addition to the stunning photographs, the pair was able to capture the ascent on video by mounting a GoPro atop their heads with a strap and clip system. 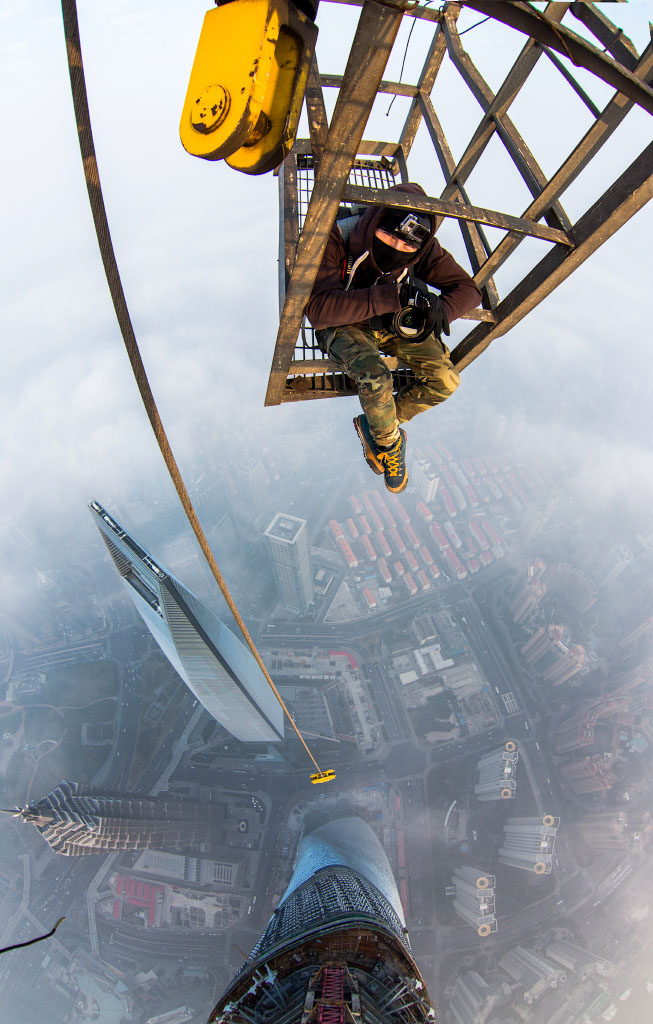 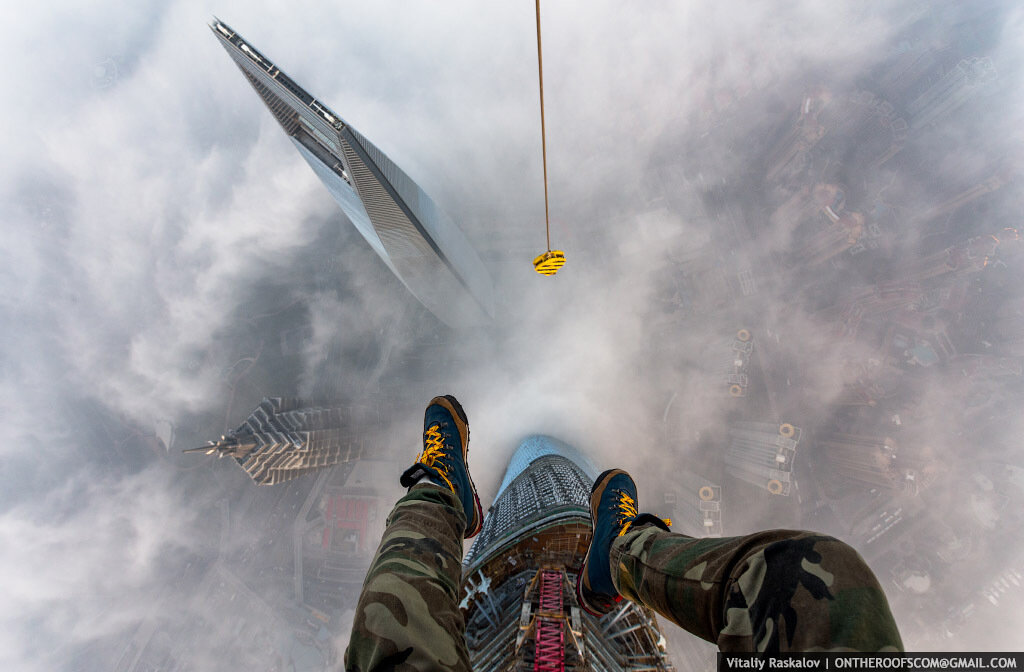 The view from 600 meters above ground.

Facing scrutiny for their embarrassing lack of security, the building owners, as well as Chinese law enforcement, are currently looking into the matter, though at the time of writing it is unclear whether trespassing charges will be filed. If the two Russians do face criminal charges they could be looking at hefty fines, jail time, and possible revocation of their passports. The building owners have publicly expressed regret in regards to the matter and have warned the public that security around the construction site will be heightened.

For reference, this is where they were, as seen from the famous “Bund” walkway across the river.

In an interview last year, the skywalking photographers informed readers:

“We are just chasing the dream and always looking to go to the next highest point to see the things no one else gets to see. We don’t mean to trespass or harm anyone, so we do often have to wait until the coast is clear.”