How to Choose the Correct Aperture, Shutter Speed, and ISO

The previous article in this four part series about moving beyond the P Mode on your DSLR explained what your camera assumes about the quantity of light when being used in Program mode and that combinations of shutter speed and different apertures can result in the same amount of light reaching your DSLR’s sensor. This article explains how to choose the ideal combination of shutter speed and aperture. It also introduces ISO, which allows you to vary the sensitivity of your DSLR’s sensor.

Imagine two very different scenes you want to photograph: your son standing resolutely in the mountains, a backdrop of glorious scenery, and your daughter dancing at a party, a distracting background of chairs and tables behind her.

What is your camera assuming about the importance of the background in P Mode so it can decide whether or not to blur the background? Your camera generally has no idea about what’s in the background. Depending on the model, a camera may have thousands of images of scenes, and the ideal shutter speed and aperture for each of those scenes, stored in its memory and will try to match your scene with its memory so it can then impose the ideal shutter speed and aperture. This ‘memory’ approach can never match what you know about the scene. So once you have decided whether or not you want the background, how do you communicate this to your camera?

Why does your camera give you so many apertures when you only need f/4 and f/16? The answer is complex – aperture essentially affects the plane of focus or how much is in focus in front of and behind your subject and different lens lengths and your distance from the subject will affect the plane of focus. For the purpose of this article, which is written for anyone seeking to move beyond the P mode, use the largest aperture possible when you want to blur the background and use either f/11 or f/16 when you want to preserve the details of the background. 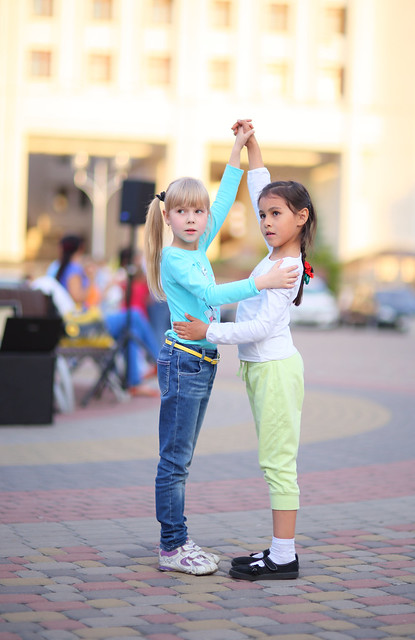 But how do you change the aperture on your camera? The answer is to change your DSLR’s command dial from P to A (Aperture priority) and once you have done this, you simply dial in the aperture you want; the camera will automatically select the appropriate shutter speed. This sounds so easy, and it would be if we didn’t have to worry about shutter speed. With a very small aperture, only a tiny amount of light is able to register on your camera’s sensor, which means you have to keep the shutter open for longer than you would if you had used a very large aperture. In the two photos imagined above, the boy is stationary so the actual shutter speed of 1/180 second is not a problem, but the girl is dancing and had I used a shutter speed of 1/180 second, she would have been blurred. In actuality I used a shutter speed of 1/1500 second. So what shutter speeds will give you the best results? 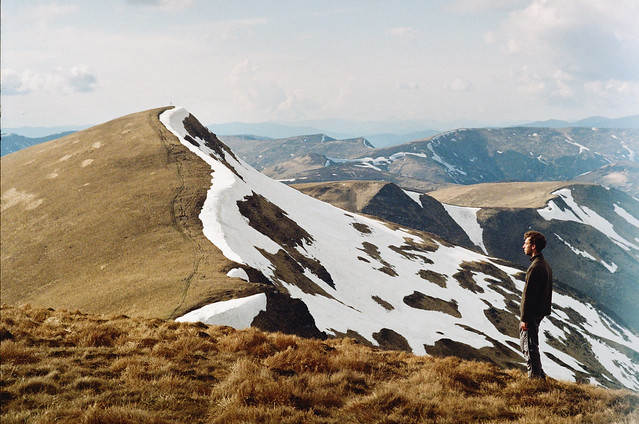 But a f/5.6 aperture would make the mountains blurred. What to do? Ask your daughter to stop moving and somehow make her dance in Photoshop when you get home? No, what you need to do is make your camera’s sensor more sensitive to light. If you make it three times as sensitive, then at f/11, your shutter speed will be what you want—1/500 of a second.

But how to make your camera’s sensor more sensitive? In the dark era before DSLRs, you would use a faster film in your camera. Films were rated on their sensitivity to light with an 800 ISO (ISO is also known as ASA) film being twice as sensitive as a 400 ISO film which in turn was twice as sensitive as a 200 ISO film. This meant that an 800 ISO film required only a third of the light required by a 200 ISO film to register the same amount of light information on the film.

So why is this relevant in the digital era? Because you can easily change the sensitivity of your DSLR’s sensor ‘mid-roll’ so to speak. Going back to wanting to photograph your dancing daughter on the hillside, if your camera’s ISO was 200 when you found out the camera selected 1/125 second when you selected f/11, all you have to do is increase the ISO from 200 to ISO 800 and your daughter will be beautifully sharp as will be the mountains behind her.

So why don’t cameras use a very high ISO all the time? The faster the camera’s ISO, the more ‘noise’ there is—little dots start appearing in the darker or shadow areas of the picture where there shouldn’t be any dots, and this isn’t aesthetically desirable. Furthermore, sometimes you want a combination of slow shutter speed and small aperture.

In summary, for a given ISO, a large aperture will blur the background and require less light than a small aperture which will preserve detail in the background but requires more light. Increasing the ISO will make your DSLR’s sensor more sensitive to light, which will then allow you to use an appropriate shutter speed for a desired aperture.

The next article will explain how your camera focuses in P mode and what you need to know to ensure your subject is perfectly in focus.

About the Author:
This article was written by John Slaytor. “I find it difficult to narrow my photographic interest. This inattention to detail gives me plenty of subject matter. My range of work includes Macedonian Weddings and Christenings, Nigerian 21st Birthday parties, Presbyterian and Catholic funerals, Indian and Greek family portraits, Chinese and Ghanaian football supporters, Auschwitz-Birkenau concentration camps, and Sydney Opera House.

I live and work in Sydney but can and do travel anywhere for my vocation. I would like to think I have been positively influenced by Werner Bischof for his quiet humanistic vision, Jane Bown for her minimalist approach to technology, Eve Arnold for her compassion and Peter Dombrovskis for his pristine imagery. After visiting Auschwitz I came across Michael Kenna whose work has helped me understand how buildings can have mood.

(I avoid formality and artificial lighting believing these things draw far too much attention to the process of photographing people. I have no qualms about making buildings endure long exposures with a tripod.)

I use Nikon cameras and process my images (RAW only) using DXO. I print with an Epson 4800. My computer is a Mac and my screen is an Eizo.”

6 responses to “How to Choose the Correct Aperture, Shutter Speed, and ISO”