Interesting Photo of the Day: Sunset Behind an Icelandic Waterfall

If you’ve ever had the slightest interest in Iceland, then you might be familiar with Seljalandsfoss waterfall. It is after all one of the best-known waterfalls in Iceland. It drops from a height of around 65 meters and is breathtakingly beautiful. An interesting thing about this waterfall is that there’s a path that lets you walk behind it. That has got to be a really awesome experience. To give you an idea of what it’s like, we have the following image taken by photographer Christian Scheiffele: 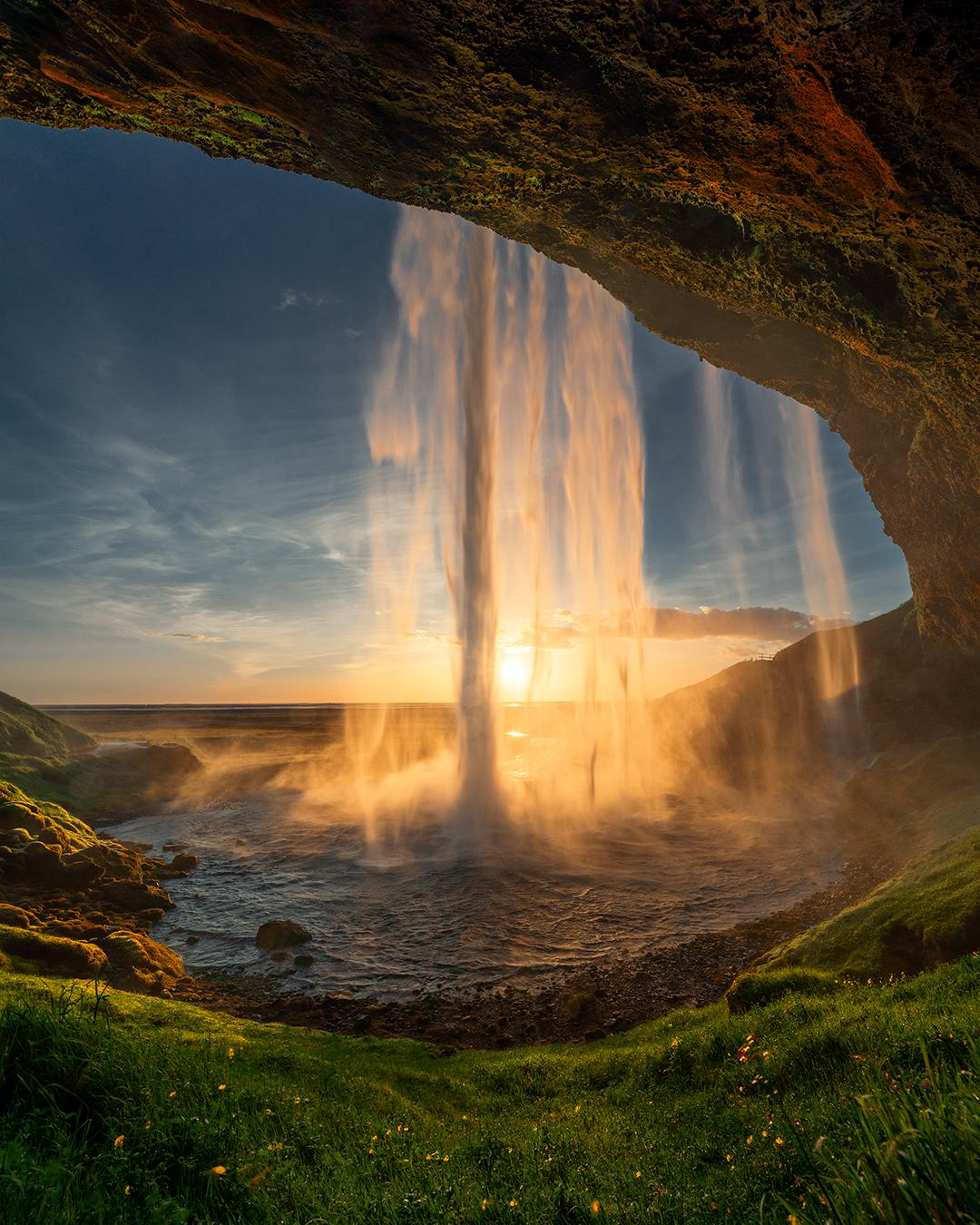 Scheiffele shot the image with a Sony A7RIII and the Sony 12-24mm G lens at 12mm focal length at about 10 P.M. one night in July. The image is a combination of two exposures. He shot a long exposure to capture the ambient light and took another short exposure for the waterfall. He did this because he didn’t want the water to appear super silky. Instead, he wanted to showcase the force with which the water was falling.

“It’s quite a challenge photographing it from there if you don’t want your camera to get soaked. I was using a rain cover and attached a light ND filter to the front.”

It’s the colors in this image that makes it so special. The lush green foreground, the roaring waterfall in the midground, and the golden horizon in the background make it look like no less than any fairy tale world. Also, the way the waterfall appears to be framed in between the landforms adds a greater emphasis to it.

Doesn’t this image make you want to visit Iceland and immediately go to Seljalandsfoss waterfall?