Interesting Photo of the Day: Shadows in the Wind

Have you ever come across an image that makes you wonder about what’s really going on in it? Such images can confuse you but they still manage to look interesting. Take a look at the following image taken by photographer Garret Suhrie. Is it a real image or is it contrived? And even if it is a real image, how was it taken? Or, how was it manipulated? Read along to find out: 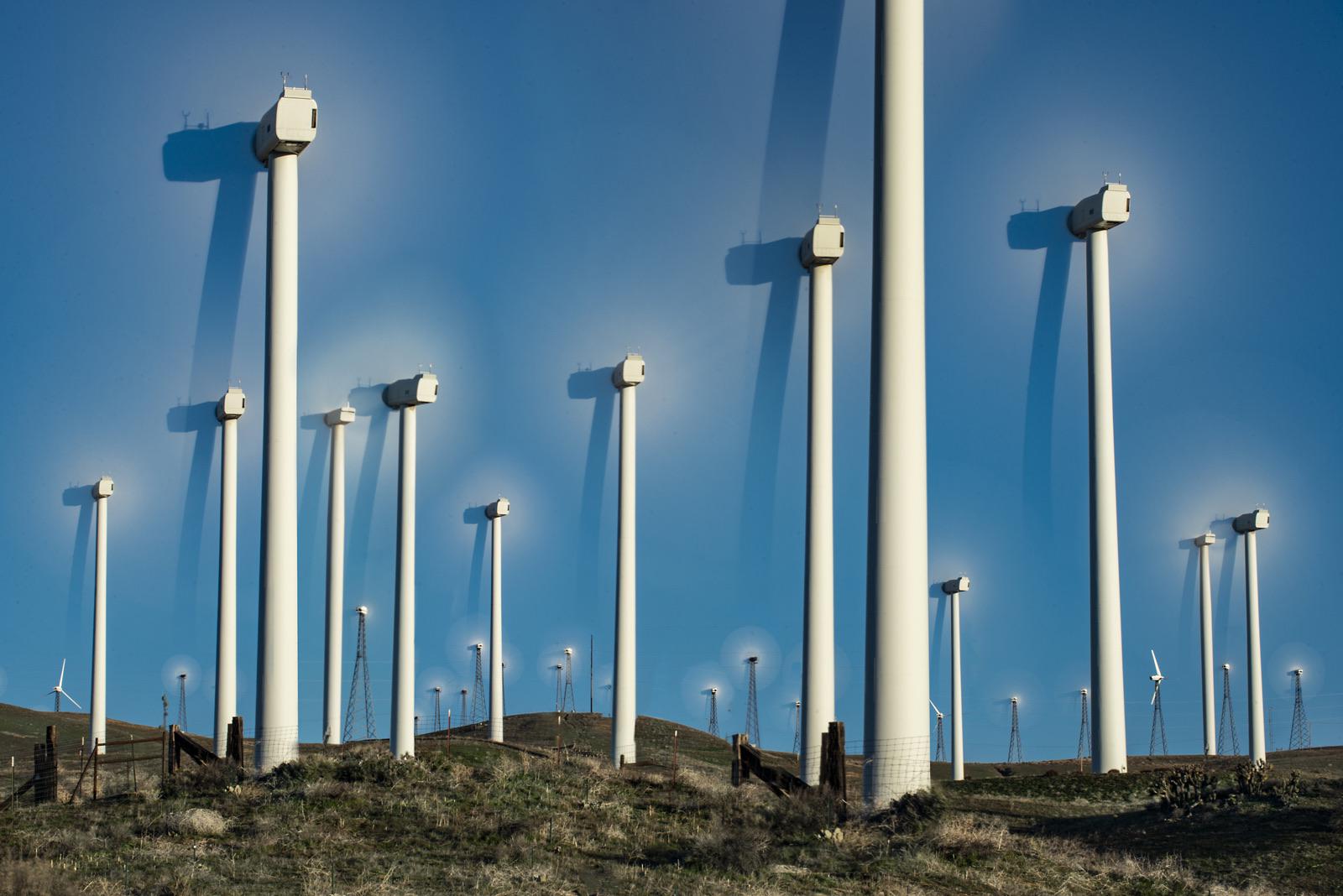 The image is a 2-minute exposure that Suhrie took using a 400mm lens at f/4.5. Since he took the image in the early morning, he also had to use a 10 stop ND filter to be able to use such a slow shutter speed. This allowed him to photograph the shadows cast by the columns on the windmills’ spinning propellers. And what’s really fascinating about the image is how those shadows feather off into nothingness.

Also, the compression caused by the 400mm focal length has made it appear like the turbines are very close to each other. Almost like they’re placed against a flat surface in a two-dimensional fashion. This gives the illusion that they’re some sort of pipelines coming out of a blue wall.

To be honest, the image looks very odd, but in a pleasing kind of way. It’s in fact a very clever shot by Suhrie. What do you think about the image?