Interesting Photo of the Day: Sailing Rock at Night

Before the mystery behind the Sailing Rocks in Death Valley was deciphered, it was a peculiar and very interesting phenomenon that bewildered the world. And even after the reason was discovered in 2014, the Sailing Rocks still make for one spectacular occurrence.

Is it some supernatural power that’s pushing the rocks? Or, is this some sort of an extraterrestrial message? These are the sorts of questions that could come to one’s mind who are not aware of the actual reason. Landscape photographer Marcin Zając took the following image which is a fantastic indication of how uncanny the Sailing Stones can appear in Death Valley National Park, California: 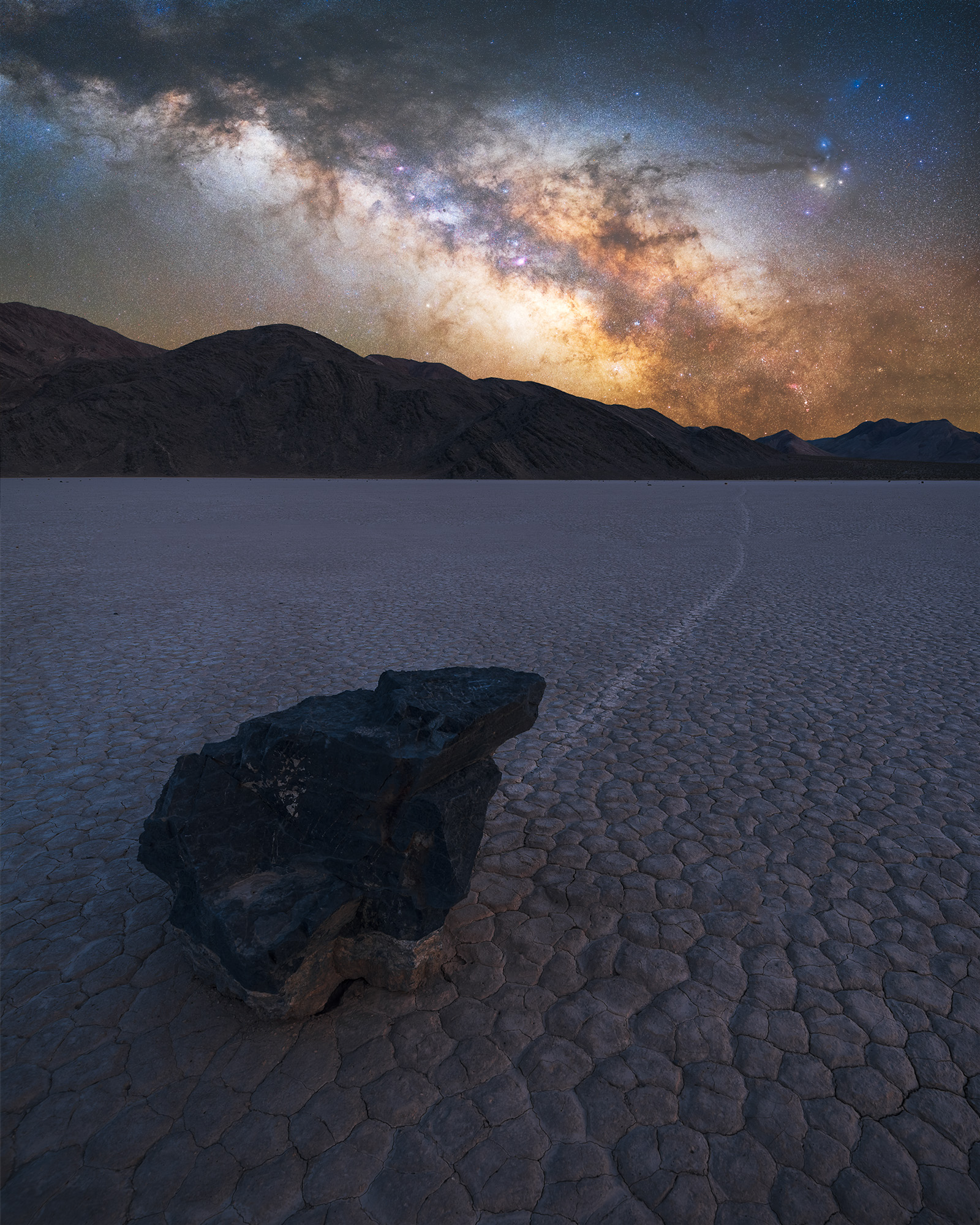 If you’re still unaware, the rocks drift when thin ice panels that form underneath them during a cold winter night starts melting during windy conditions. However, once the water dries up leaving no trace, it can keep anyone guessing about how the rocks moved while leaving a trail.

“There are many such stones and tracks in this part of Death Valley National Park, which is why it’s called Racetrack Playa.”

Zając has done an excellent job in composing the image. While the rock in the foreground with its trail forms a compelling foreground and leading line respectively, we cannot unsee the dry and rough ground surface. It clearly gives an indication of the horrid conditions one can expect in the Death Valley.

Then there’s the gigantic Milky Way working as a spectacular backdrop to the image. It makes us wonder if Zając too is trying to link this phenomenon with extraterrestrial influence.

How to Use Focus Stacking for Sharper Macro Photography (Video Tutorial)

The Role of Camera ISO