Inspiration can come from anywhere—even from an accident. That’s what happened when photographer Nate Trivette was working with his eight-year-old son, who moved the camera around during a long exposure. The mistake helped Trivette take the following spooky image at Harriet Lake in Superior National Forest: 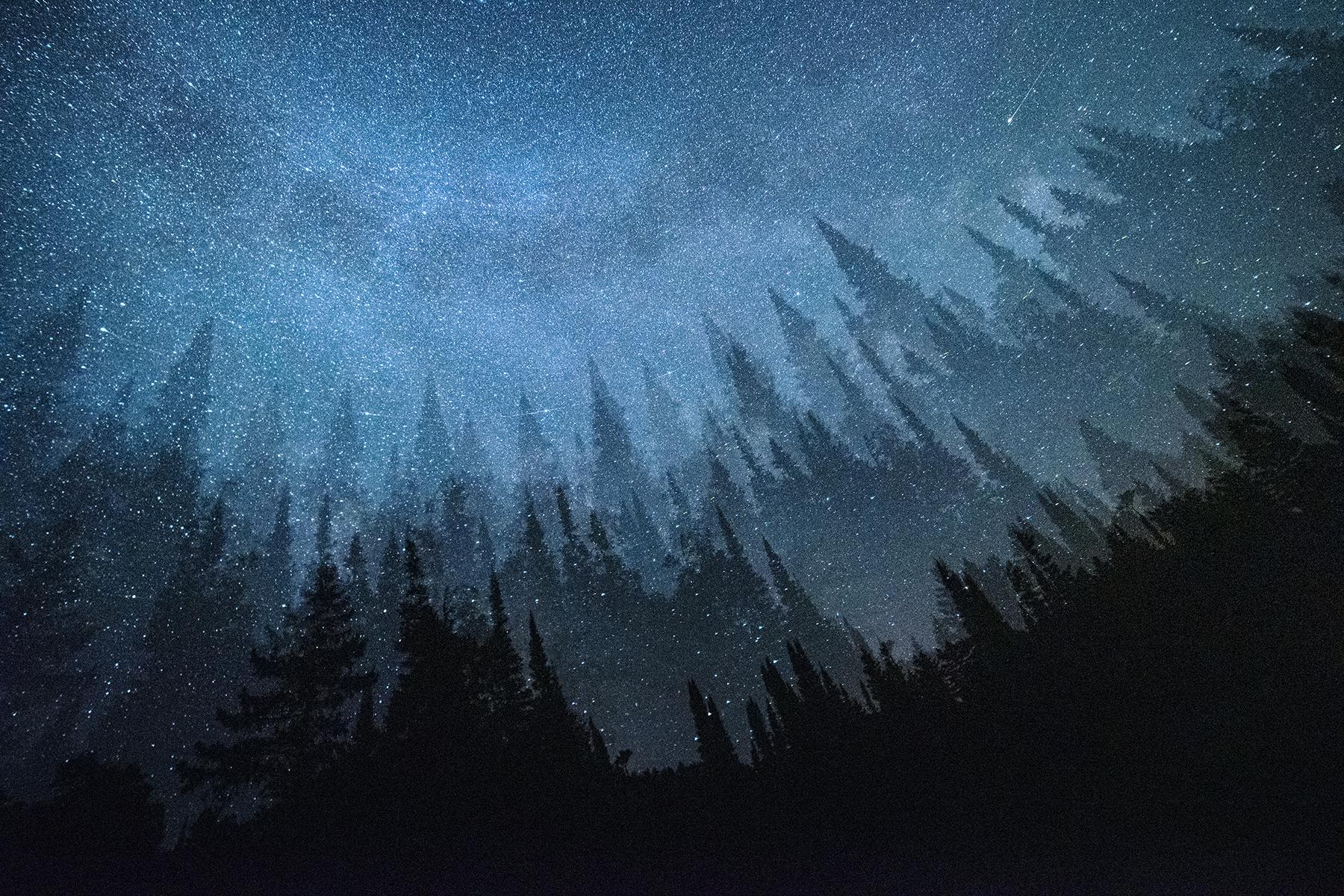 Trivette shot the image on a Nikon D750 with the Rokinon 14mm Cine lens at 30 seconds, f/4 and with an ISO of 6400. While many would guess that the image is a composite of multiple exposures, this is actually a single long exposure. With the camera mounted on a ball head tripod, he rotated the camera about 10-15 degrees every 5 seconds. This is why we can see the ghostly images of the trees at the top. As he explains:

“I was actually inspired to try this when I was showing my 8 year old son the process of shooting a basic Milky Way shot. He then decided to shoot a picture and move the camera around before I had locked the ball head dials in.”

Judging by the image, it’s safe to say his son’s inquisitive move actually turned out to be a fantastic creative technique. At a glimpse, it can be quite difficult to understand what’s going on in the image. It’s really strange, yet so magnificent. It looks like a dream scene of some sort.

Have you ever had a happy accident like this? Let us know in the comments below.