Humankind has not yet been able to land on any deep-sky celestial bodies, but we are fortunate to at least be able to see, and even photograph, their appearance. And what appearances they have: the stunning beauty of the Milky Way has inspired eager astrophotographers for many years. Photographer Paul Wilson has done an excellent job capturing the best of both worlds in a single frame: 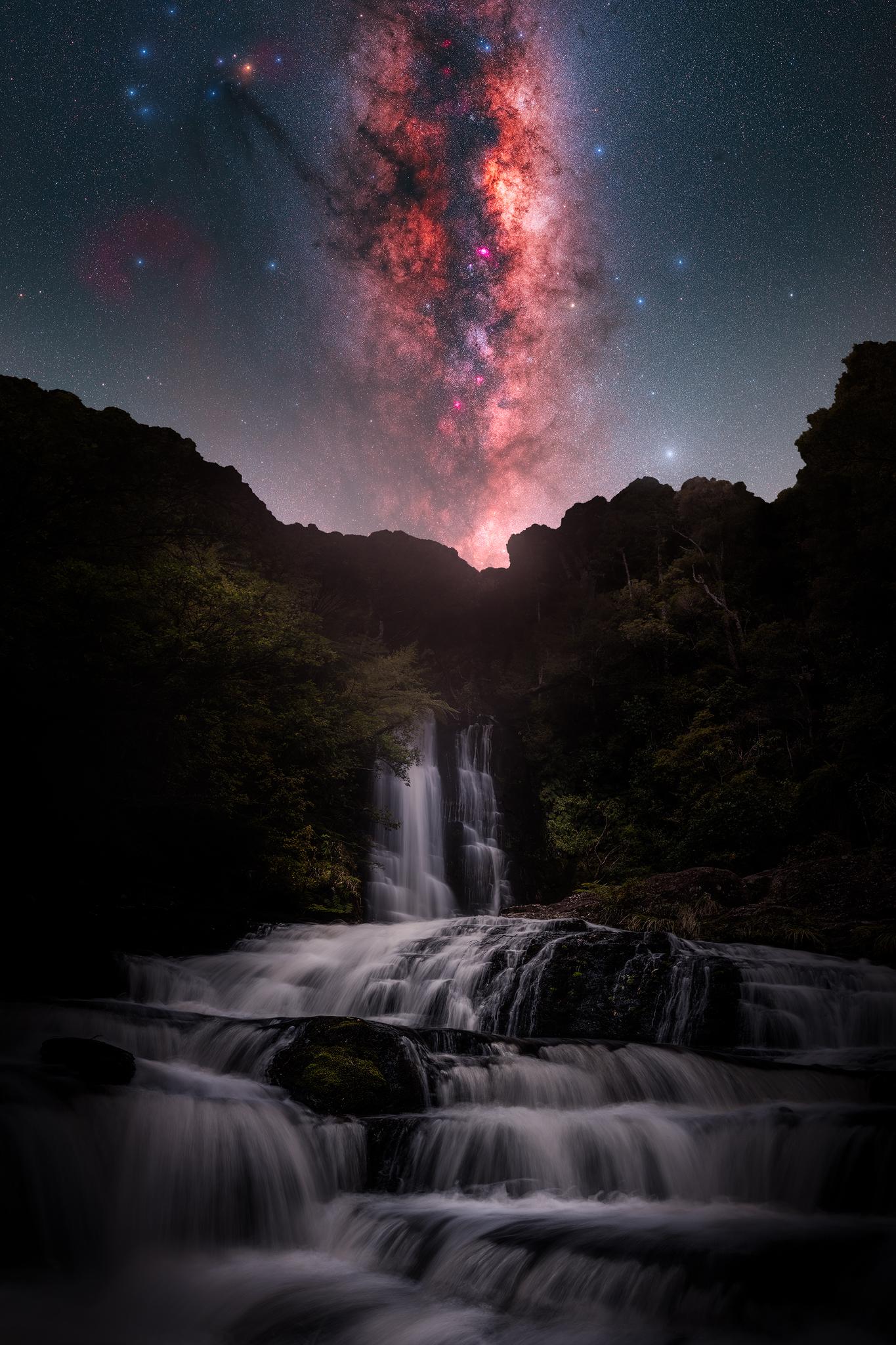 It’s quite spectacular how he was able to capture such dynamic details of the night sky. The Milky Way, with its brilliant stars, star clusters and nebulae, appears no less than a godly piece of art. Similarly, the waterfall in the foreground is no less magnificent. Thanks to the long exposure, the silky look of the water gives the scene a surreal appearance. And looking at how the arm of the Milky Way is aligned with the waterfall, one can imagine that it’s the Milky Way itself where the fall originates.

The beauty of this image is beyond words. What do you think?