Have you ever come across an image that’s so confusing it makes your brain hurt? If so, it’s possible the disorientation you feel is what makes the photo so interesting. Such an effect can usually be gained by playing around with perspective. And that’s exactly what photographer Matteo Marco Grudny did in the following image. See if you can understand what’s going on: 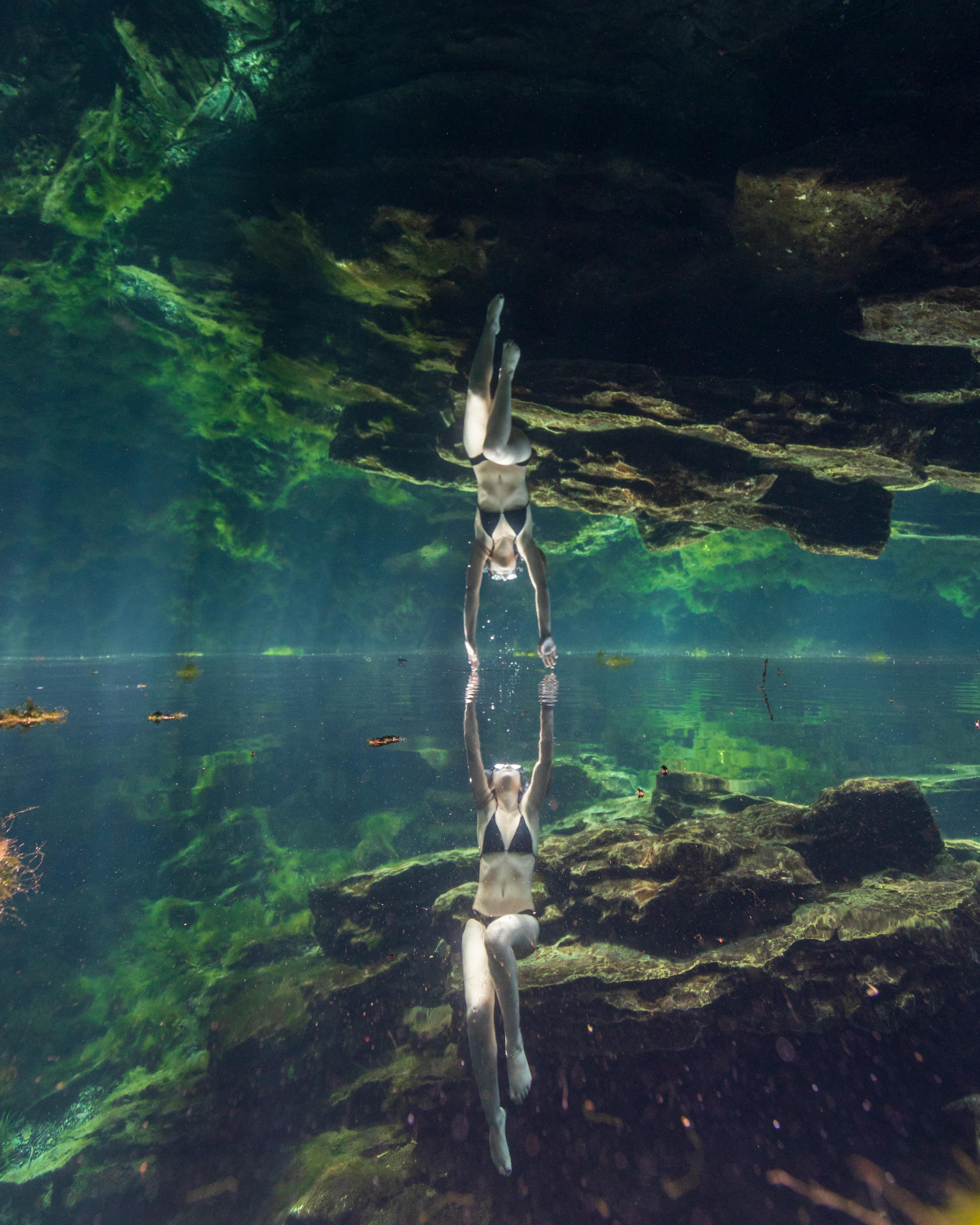 You might guess that the image has been manipulated by creating a copy and flipping it over to create an illusion of reflection. However, that’s not the case. It’s an image that Grudny took in his camera without any manipulation whatsoever. The only alteration is that he’s flipped the image upside down.

“This is a natural reflection and not photoshopped at all. I shot right below the surface in extremely clear water. I had to be careful not to exhale or move much since the ripples would disturb the surface and ruin the reflection.”

Scientifically speaking, this image is possible due to total internal reflection wherein the water surface from under the water works as a reflecting surface. This enabled Grudny to capture a reflection of the subject which was also underwater. And with the subject reaching for the surface, it makes her look as if she’s diving into the water.

This is truly an organic concept and an interesting capture by the photographer. Hats off!